The clash between American Airlines and their mechanics union took an unexpected turn on Thursday when one of their employees in Miami was arrested and charged with sabotaging an aircraft. 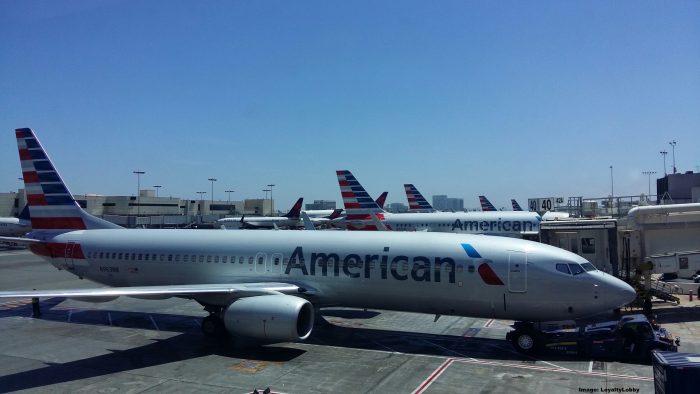 It is alleged that the mechanic messed around with the planes navigation system, and this was because of the labor dispute between American and their mechanics, which as he admitted affected him financially.

The employee is due to appear in a Miami federal court today (Friday) all while talks between American and the union are set to resume.

This morning the Miami Herald reported about the case.

An American Airlines mechanic was arrested Thursday on a sabotage charge accusing him of disabling a navigation system on a flight with 150 people aboard before it was scheduled to take off from Miami International Airport earlier this summer.

None of the passengers and crew on the flight to Nassau were injured because the tampering with the so-called air data module caused an error alert as the pilots powered up the plane’s engines on the runway July 17, according to a criminal complaint affidavit filed in Miami federal court.

As a result, flight No. 2834 was aborted and taken out of service for routine maintenance at America’s hangar at MIA, which is when the tampering with the ADM system was discovered during an inspection. An AA mechanic found a loosely connected tube in front of the nose gear underneath the cockpit that had been deliberately obstructed with some sort of hard foam material.

Alani, 60, is charged with “willfully damaging, destroying or disabling an aircraft” and is expected to have his first appearance in Miami federal court on Friday.

According to the complaint filed Thursday, Alani glued the foam inside the tube leading from outside the plane to its air data module, a system that reports aircraft speed, pitch and other critical flight data. As a result, if the plane had taken off that day from MIA, the pilots would have had to operate the aircraft manually because the ADM system would not have received any computer data.

After his arrest Thursday, the affidavit says that Alani told federal air marshals assigned to the FBI’s Joint Terrorism Task Force that “his intention was not to cause harm to the aircraft or its passengers.”

He said that his motive in tampering with the navigational system was because he was “upset” over stalled contract negotiations between the mechanics’ union and American Airlines that has raged for months — that “the dispute had affected him financially.”

That action really did him a lot of good. Not! There is absolutely no way he’ll get to keep his job after this stunt. Not even the union is going to save him after he got caught red handed.

Apart from that, the unions have a problem now. They always denied that their mechanics are engaging in foul play, such as deliberately taking aircraft out of service for played up mechanical defects. Now that one of them is actually before a judge that deniability is gone.

This guy is a real scumbag. No matter what this veteran mechanic says he did, aircraft accidents often started with something innocent that leads to confusion of the pilots. If found guilty in court, I could imagine they are going to throw the book at him and just to send a message.

Hopefully American and their union representatives are coming to an agreement soon. It’s not good for morale and safety overall if you have a whole group of disgruntled employees responsible for the well being of the aircraft and ultimately passengers.

World Of Hyatt 500 Bonus Points Per Night At Select New Hotels Through January 31, 2020

American Airlines and JetBlue announced a North East Alliance in July 2020, started codesharing each other's flights this past February...

American Airlines has a program for small businesses that allows them to earn points for travel by their employees that...