American Airlines has slowly expanded the number of partners that are available for award bookings on its website without having to call reservations.

Cathay Pacific awards have now become available online (not sure why it took THIS long). Only China Southern and LATAM awards still require you to phone them in.

Here are some searches: 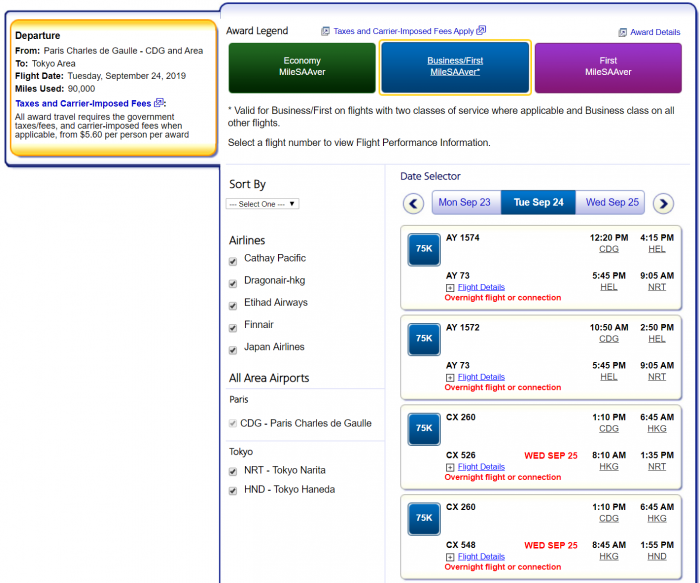 The following partners are now available for bookings on AA’s website:

You still cannot redeem on:

This is welcomed development that couldn’t have come any sooner. Almost all American Airlines partner airlines are now bookable online. You still have to call in LATAM and China Eastern awards. Let’s hope that those come online soon as well.

Hilton To Launch Its 18th Brand Aimed At Young Professionals –...

WSJ today run a story that Hilton is about to launch a new brand (not yet named) in January that is targeted towards urban...

Last Call: Use Up Your Annual Credit Card Travel Credits Before...