Adria Airways, a Star Alliance member airline based in Ljubljana (Slovenia), announced that it has temporarily ceased all flights except one daily flight to Frankfurt. 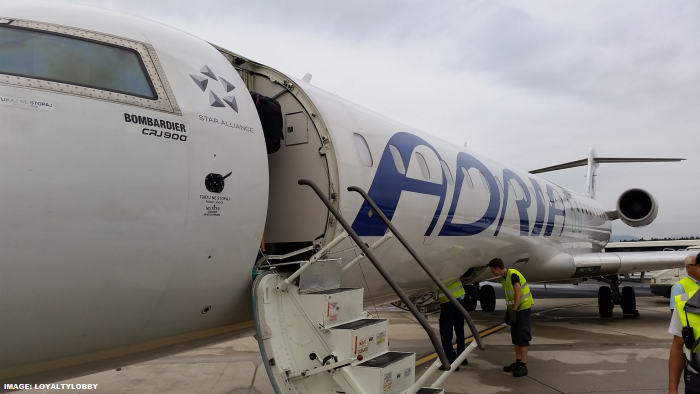 The airline is exploring options to secure financing to continue operations. Adria likely ends up in liquidation if no fresh funds are found.

Here’s the announcement from Adria:

Adria Airways announces that, as from 23:30 (LT) on September 23, 2019, it will temporarily (on Tuesday, 24 September and Wednesday, 25 September) cease majority of its flight operations. During these two days, the company will maintain a connection to its most important hub in Frankfurt. The Airline will operate on Tuesday, 24 September, a flight from Frankfurt to Ljubljana and on Wednesday, 25 September, a flight from Ljubljana to Frankfurt.

Adria Airways advises its passengers to check who their carrier is before they arrive at the airport and if it is Adria Airways then they should contact sales offices where tickets were purchased.

Company is at this point intensively searching solutions in cooperation with potential investor. Goal of everyone involved is to make Adria Airways fly again according to the schedule and that ceasing of certain operations is indeed temporarily.

The company deeply regrets the situation and apologizes to all its passengers and partners.

Adria Airways suggests to its passengers and partners to follow the on-line announcements at www.adria.si.

Slovenia’s economy ministry said Adria’s problems would have a short-term impact on the country’s economy, adding: “we expect that other carriers could in time fulfil the gap that could emerge after a possible bankruptcy of Adria Airways.”

Slovenian officials have said Adria cannot receive state aid as that would be against European Union rules.

This “temporarily” flight suspension shouldn’t come as a surprise to anyone who follows the airline sector in Europe. Adria has been in financial trouble for a while and eventually the funds dry up.

Let’s hope, however, that they find a new investor willing to put up more capital. I really like the statement from the Slovenia’s economy minister that merely states that if the airline collapses there will be others willing fulfill the gab.

I have only flown with Adria once back in 2015 from Ljubljana to Zurich. I have no other recollection of the flight beyond that of a typical European airline. 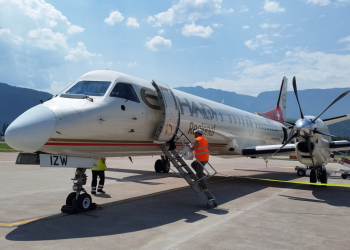 There was an interesting development past week when Etihad Airways announced that it had sold its stake in Etihad Regional...