United Airlines is revamping this year how MileagePlus Platinum, 1K and Global Services members upgrade their flights by moving away from regional and global upgrade certificates to points based system called PlusPoints. 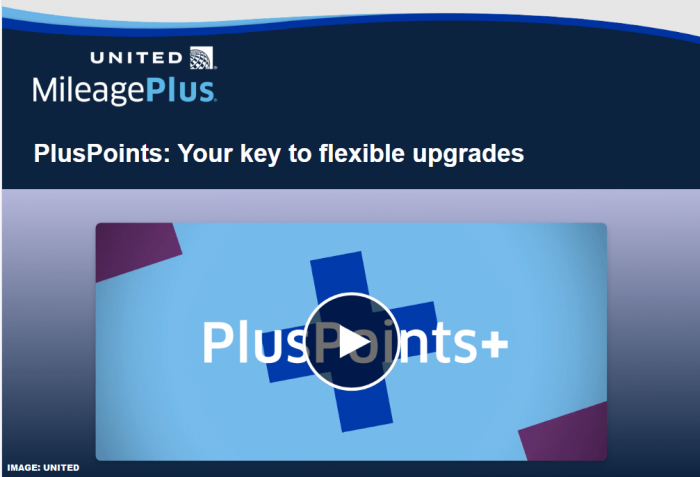 All existing certificates are converted on December 4, 2019 to PlusPoints. Unlike current certificates, members can waitlist for multiple flights using their PlusPoints which are only deducted once they clear.

Here’s the video released by United:

Here are the number of PlusPoints required for upgrades:

You can now upgrade from deeply discounted economy fares (excluding Basic Economy) by paying double the number of PlusPoints.

What determines the number of PlusPoints required for connecting itineraries:

You are charged the highest number of points that any of the segments would require.

It appears that this is a genuine enhancement considering that you get set number of points instead of two types of upgrade certificates and you can now upgrade even the lowest economy fares to business (excluding Basic Economy) that previously was not possible.

Previously, many members had upgrade certificates go unused because of the upgrade fare class restriction on long-haul flights. Now, you can just use double the number of PlusPoints.

It is worth watching the video that United has uploaded on YouTube about PlusPoints that helps clarifying how the new system works.