Our Whine Wednesday topic this week is the bizarre dress style and zero hesitation of some guests to walk in public areas of a hotel as if it were their own home as experienced this week at an airport hotel in LAX. 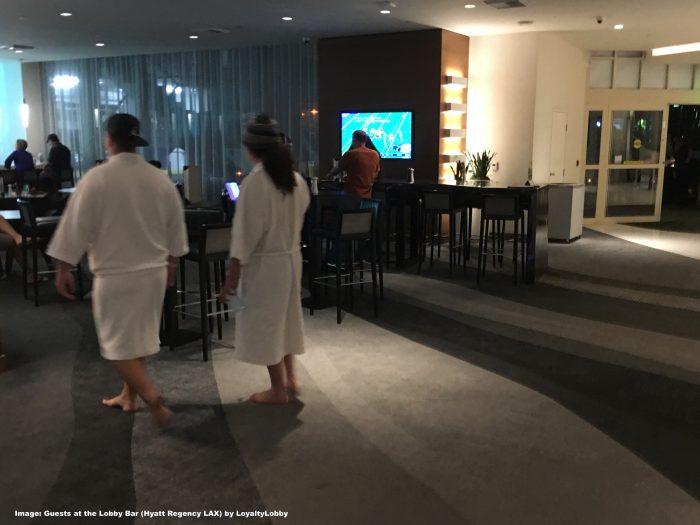 Despite some facilities being used by other guests for dining purposes, hotel floors aren’t exactly the cleanest surfaces one could imagine yet that didn’t deter a couple to walk around the property/lobby barefoot.

When I stayed at the Hyatt Regency LAX this week I had a small dinner in the Lobby Bistro and it didn’t take long to spot these two individuals who were making their way through the hall.

Interestingly enough they had several staff interactions: At the front desk, at the bar and at the bistro all while apparently none of the managers told them to at least wear some shoes while walking around the dining areas. 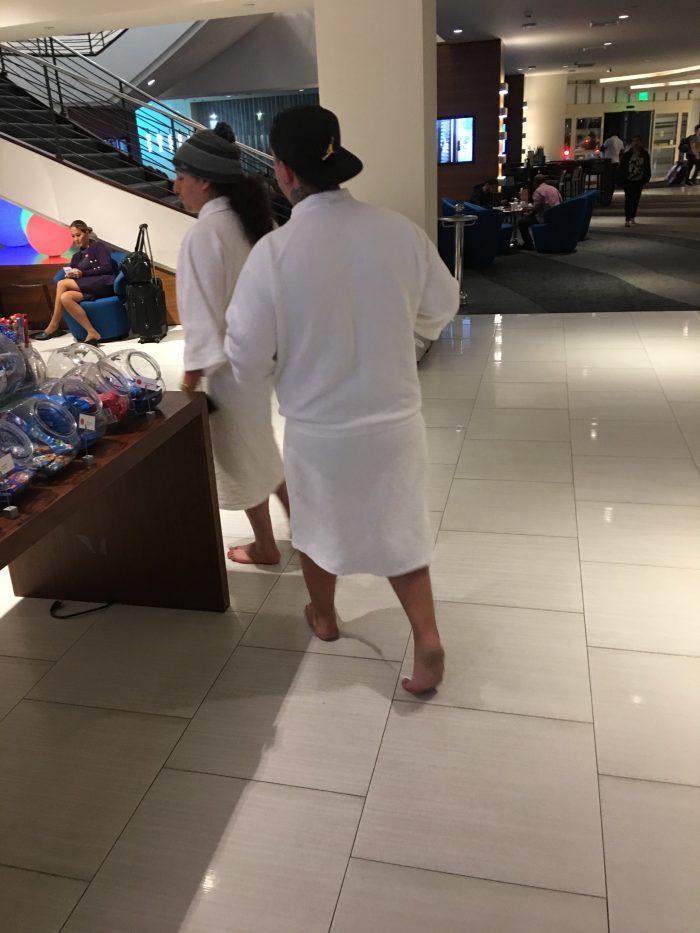 The swimming pool at the Hyatt has access through the rear lobby door so the bathrobe I could understand and even stopping at the Bistro kiosk to buy some items but the lobby bar and without shoes? Even in the interest of ones own hygiene that’s just crazy.

I can’t imagine why none of the staff would tell them that such attire isn’t proper to linger around at the bar and use the lobby lounge. I later mentioned it to a front desk agent when I returned an item some other guest left behind in the lobby and she said that she indeed saw the guests as well but “didn’t want to say anything”, she’d let security know though.

You could pair this with sightings of people who walk barefoot on planes including the toilets which we have written about on more than one occasion. It’s just gross!

Le Club AccorHotels Worldwide Up To 40% Off Private Sales October 23, 2019