Saudi Arabia announced at the end of September (read more here) that they would start issuing electronic tourist visas on September 28, 2019.

This was quite a change in policy because until now all kinds of tourism into the country except business and pilgrimage visits were not encouraged. You couldn’t even get a visa for purely tourism purposes.

You can access Saudi Arabia’s page for E-Visas here.

As I needed to get from Europe to Asia this month and Saudia is continuing to offer attractive business class fares, I decided to issue one and have a few days in Jeddah.

The E-Visa application process is rather straightforward, but you need to have a photo meeting strict criteria:

This was the step where I had multiple issues. All my photos were denied, and I tried those that I have had on previous passports and/or visas. I did the following three times.

You would upload a new photo: 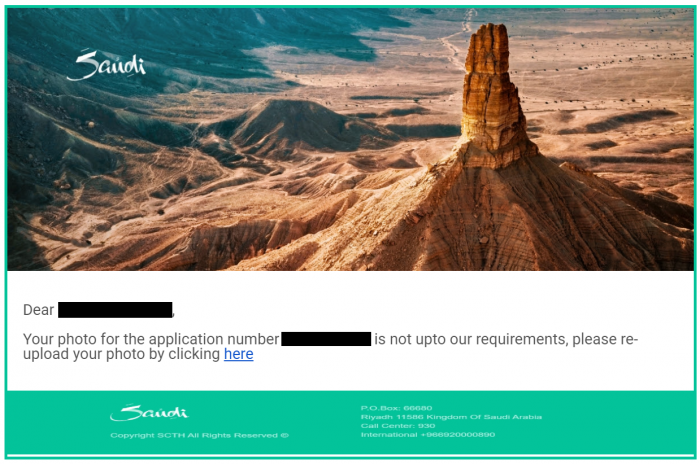 Then I decided to visit a shop in Amsterdam that takes passport photos. They were first somewhat confused about what the exact requirements were (tried to do them per UAE requirements), but it appears that the Saudis uses precisely the same as the US.

The store emailed me the photo, I resized it to the Saudi requirements and uploaded it. The visa was then approved in about 10 seconds. Shortly thereafter there was a PDF in my email with the visa info.

I opened a ticket about my photo issues. Nobody replied or acted up despite promising a reply within a day.

Traveling with The E-Visa 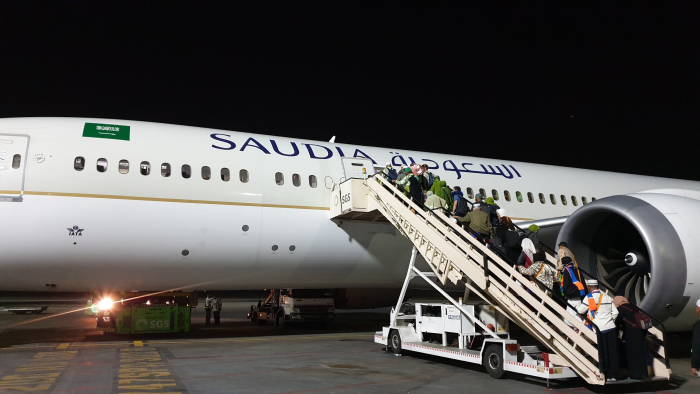 The checking in for Saudia’s flight ex-Madrid was not an issue. Saudia’s handling agent just typed the visa number from my phone’s screen.

The arrival process in Jeddah was quite interesting. They don’t have any proper gates, and all the passengers are bussed to the terminal. The flight from Madrid then continued on to Riyadh.

I was confused as what line to use with my electronic visa. There was a section for Visa-on-arrival at the right but thought that wouldn’t apply to me as I already had one. But it turns out that was the place that one should go with the new e-visas.

They take the number from the electronic visa and reprocess an actual photo of you at the airport. Then they stamp your passport and scribble a number with it. You also get a slip that you hand to one official who is checking that everyone was processed correctly. They do not attach an actual visa to your passport.

Hotels were somewhat confused about whether they should use the e-visa number from the application or the one written down with the stamp. They were not the same. They all first kept flipping through my passport, trying to find an actual visa page.

Exiting country was very efficient. It took 50 minutes from leaving InterContinental Jeddah to be settled down at Saudia’s lounge at the airport.

This is the first time that I have received a survey after visiting a country.

The Saudi government announced that 24,000 passengers would have arrived in the Kingdom within the first 10 days using tourist visas; China, UK, and the US being the top three nationalities.

I find this number very difficult to believe. Perhaps they had this number of electronic visas processed. Still, it cannot be the number of actual passengers that would have arrived after applying for the tourist visa successfully.

Saudi Arabia has been a difficult country to visit until now as they were not allowing traditional tourists. I found this e-visa process and actual implementation at the Jeddah airport easy sans the issue with the photo.

The Crown Prince has very ambitious plans for the number of incoming tourists in the coming years. If they want to draw tourists from non-Muslim countries, they need to become more socially open and accepting, although now non-married foreign couples can stay in the same accommodations.

Airfare of the Day [Business Class] ONE WORLD Paris to Los...

Relaxing time by the pool.