Our Whine Wednesday topic this week is about a well known problem many frequent travelers can relate to: Hotels refusing to upgrade elite guests despite premium rooms being available for sale.

I just had such a case at the Four Points by Sheraton Seoul and eventually just lodged a complaint with Marriott rather than arguing any further with the front desk.

The Marriott Rewards program does in fact have brand exclusions when it comes to upgrades but under the current terms & conditions of the program Four Points is not one of these brands (Aloft, Element and Marriott Vacation Clubs are excluded though).

This was my first time staying at the Four Points Gangnam-gu and the property is actually quite nice with ample facilities including a laundry room on the 6th floor which I urgently needed after traveling for 2 weeks since my last laundry session.

It was also a very busy period in Seoul due to the BTS concerts this week so all hotels were pretty much booked or super expensive. Ideal to use some points! I booked a Standard room on points at the Four Points and arrived later in the day: 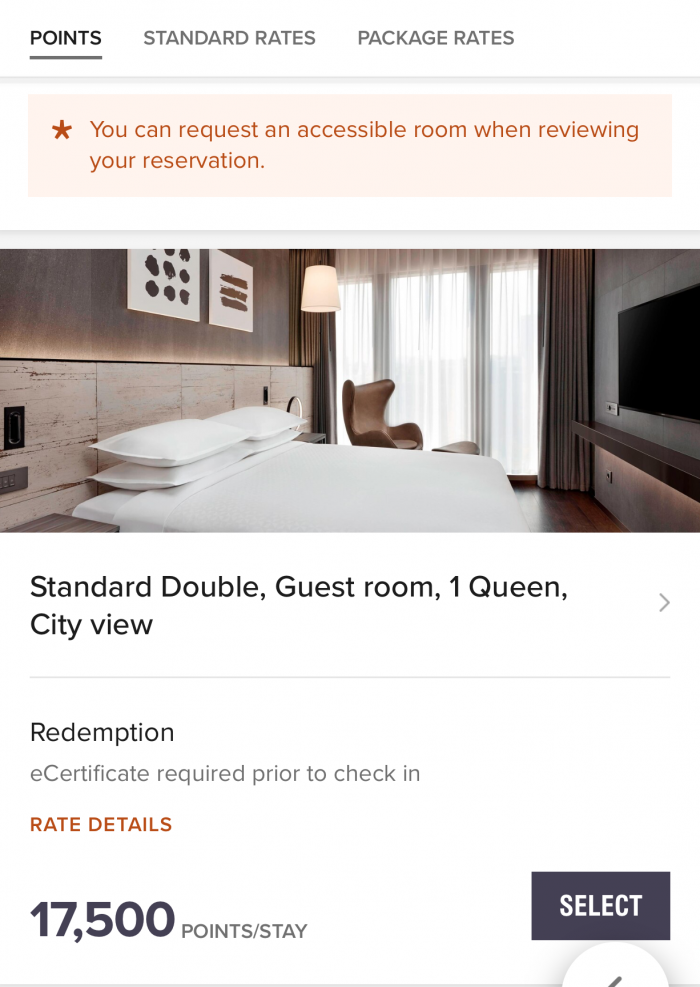 There were no premium rooms available but there was a Standard Suite in the inventory which could have been booked: 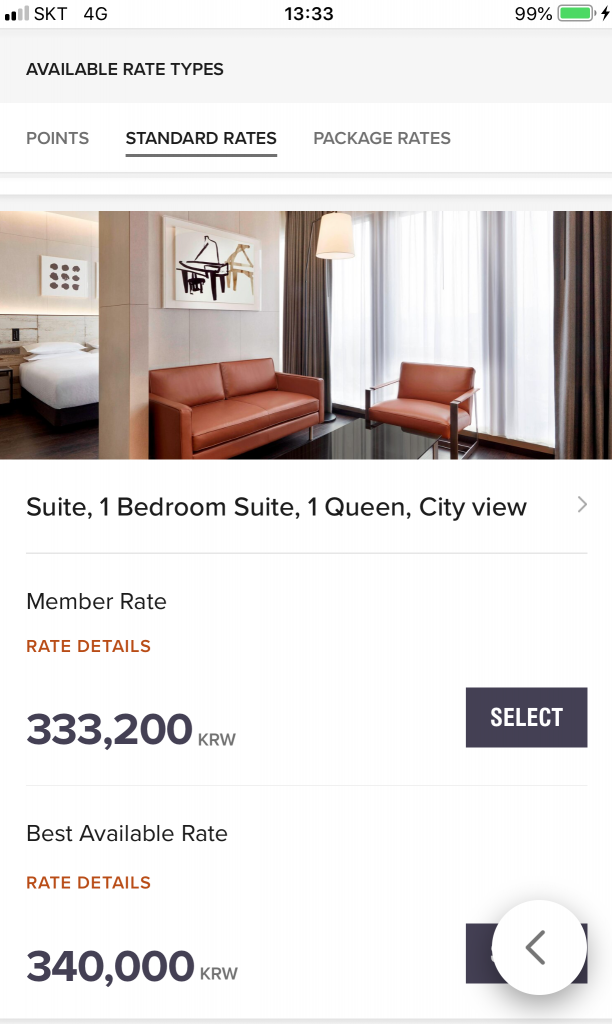 Even after much discussion at the front desk they were insistent that no suites were available. I didn’t want to waste any more time and later on I called Marriott Rewards to make sure there was no change in the rules and to report this experience.

The agent (call center in the Philippines) mentioned that this might have been a system/overbooking issue which is always a convenient excuse. Nevertheless she offered and deposited 50% of the points I used as compensation. Even after to the property twice they wouldn’t offer any upgrade which doesn’t surprise me here in Korea.

Some properties do indeed play games and simply refuse to upgrade the customer. There are occasional system overlaps but not as frequent as one might think or as the hotel might lead you to believe. In this case the standard suite should have been available for upgrade but was withheld by the property in the hopes it would sell. That’s what they likely told the agent as well when she called which is why she offered 50% of the points back.

Hotels (owners) should decide if they want to be part of a chain and participate in both avenues – give and take – of the loyalty scheme or if they want to go indie and not brand themselves.

Singapore Airlines has today issued an updated travel waiver policy due to the Covid-19 pandemic for those whose tickets were issued on or before...