Effective November 1, 2019 new rules have been implemented for paid members of American Airlines Admirals Club & United Airlines United Club, requiring them to have a same day ticket in order to gain access. 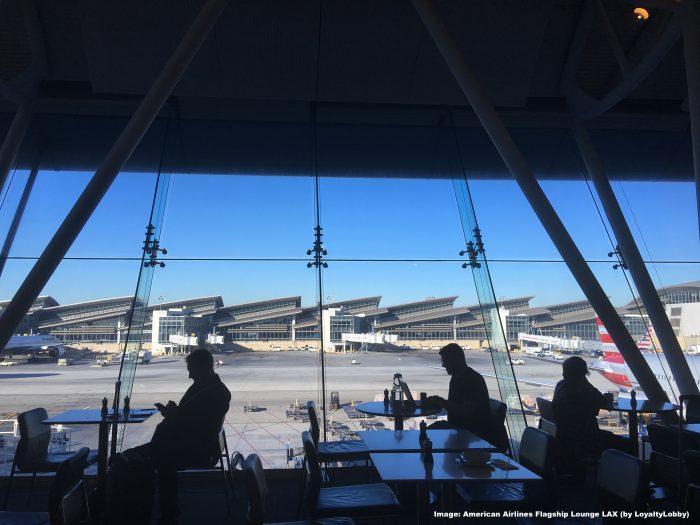 Previously it was sufficient to hold a valid membership of the respective club which is being sold on an annual basis and in some case attached to U.S. credit card products.

Both airlines have announced these changes a long time ago so this isn’t a surprise for members who should be getting communications from their airline on a regular basis. The lounges also had signage up for months informing travelers of upcoming changes from November 1 onward.

Where you can go

Items needed, depending on qualifications:

Immediate family (spouse, domestic partner and/or children under 18) or up to 2 guests.

Access requirements for the United Airlines Club can be found here.

United displays the new rule prominently on their website (which American doesn’t – they hide it under access policies).

Effective November 1, 2019, United Club customers, including members and their guests, and one-time pass holders will need to provide a same-day boarding pass for travel on United, Star Alliance or a contracted partner for entry into all United Club locations. …

Admittance to United Club locations is permitted only at the departure and arrival airports for United, Star Alliance or a contracted partner operated flights.

They produced the following chart: 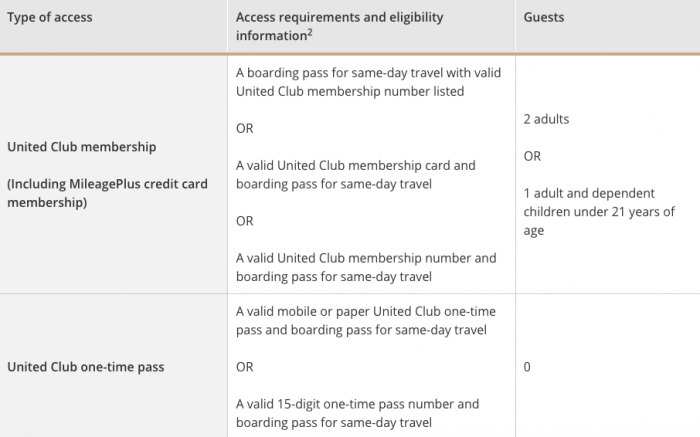 Overall this isn’t really a novum when it comes to accessing the club facilities for paid members as Delta Air Lines has had identical rules implemented for quite some time (exceptions apply for legacy lifetime Sky Club members):

All Delta Sky Club members and their guests may only gain access to the Club in conjunction with same-day ticketed air travel on Delta or it’s partner airlines.

So to be plain about these rules, the only way members can not access the lounge is if they don’t fly with their own or affiliated airline that day  – or not at all.

In the past it was possible to access the club without any actual flight and the airline would provide gate passes in order to enter the sterile area. I remember American offered it so Club members could “facilitate meetings” even if they weren’t flying that day. You had to call ahead and they would put you on a security list provided to the TSA for that day and I’ve actually used that a few times when I was an Admirals Club member 2007-2008 during a really good promotion back then. This has been stopped quite some time ago though.

Airlines aren’t the only ones cutting down on lounge “abusers” and I want to use this term extremely loosely here considering the pretty exorbitant annual membership fees. Recently American Express tightened the screws for their Platinum members when it comes to accessing the popular Centurion Lounges, no longer allowing access upon arrival and also limiting access to 3 hours prior to the original schedules departure of the cardholders flight.

It’s hard to say what drove American & United to make these changes. Do people really access the lounge that much when not departing on the respective airline or alliance? And even if: Let’s not forget these are paid memberships that don’t come cheap as U.S. carriers have raised the prices for club memberships over the years, making it even more worthwhile to carry a non-U.S. based elite membership allowing club access. They probably just want to cover all bases and make it water tight on paper even though the amount of actual members attempting to access the club and not flying as mandated is mediocre. Especially in the U.S. where gate areas are often isolated among airlines as their have their own terminals.

Apart from the one year where I paid ~ $200 in 2007 to become an Admirals Club member for a year I never again even considered paying for a Club membership. I always sought out overseas programs and gained status with them in order to obtain lounge access.