A LoyaltyLobby reader sent us a question about award availability at the Hilton Copacabana hotel in Rio de Janeiro that appears to have the same issue that previously plagued Waldorf Astoria Amsterdam (read more here and here).

You can always email us, send a message via Facebook, or use Twitter and include photos too. We’ll try to cover Reader Questions & Comments here several times a week.

Hilton Copacabana claims, according to the reader, that they don’t have any standard rooms because all are “view” and hence considered “premium.” Hilton Diamond Supervisor had also claimed, falsely, that properties are not required to have standard rooms at all.

I just went through the award calendar function, and there was not even a single room available at the standard level through the end of 2020: 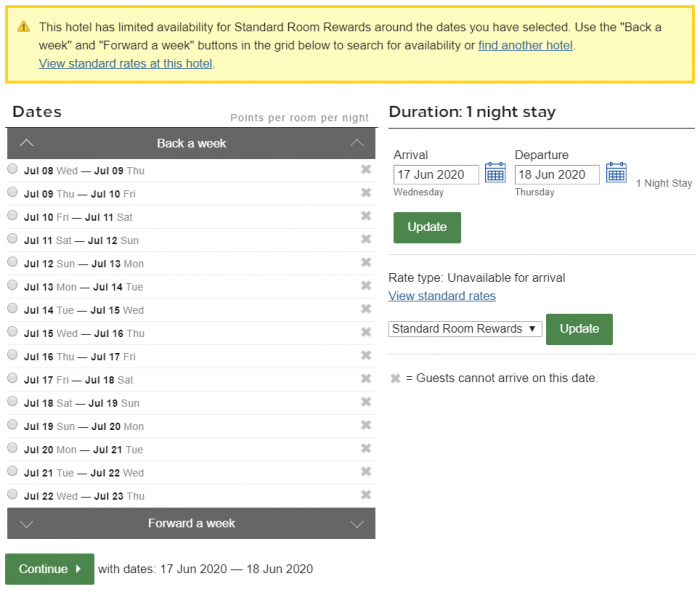 Unfortunately, the hotel has decided to play with the award availability classifying all the rooms as “premium.” This certainly is not how hotel affiliated with the American chain should act.

Here’s brief history what has been going on with this hotel:

Blackstone, an American private equity shop, purchased Windsor Copacabana hotel in early 2017, that was years earlier known as Le Meridien. The Windsor was soon rebranded as Hilton Copacabana, and facility updates were supposed to commence. There have been no updates to the rooms or public spaces.

I wrote a piece back in June 2017 about misbranded hotels and used Hilton Copacabana as an example:

Hilton Copacabana is Hampton Inn or perhaps lower end DoubleTree quality. I am not sure why Hilton allows this hotel to carry its brand in Rio de Janeiro?. If all the Hilton hotels would be at this quality level, I would never set my foot at them.

I have stayed at this hotel several times, knowing its conditions and current limitations, however. The employees have been rolling their eyes, not knowing when the promised refurbishment would begin (I have asked).

The likely issue for the delay is the severely softened hotel market in the city and low occupancy rates. The STR reports that the overall occupancy this August was 54% and ADR (Average Daily Rate) 360 BRL ($86).

The nearby JW Marriott is not much better. A friend of mine who had not previously stayed at JW’s outside of Asia couldn’t believe its branding. It is more like a Courtyard, and I agree.

These are not excused for the Hilton Copacabana, however, to withdraw their standard award inventory from Honors members. Let’s hope that Hilton can get this fixed soon.