IHG usually don’t send any advance notices to its members about new PointBreaks. They used to have blog posts years ago about hotels that would be released in the following couple of days. Now IHG has, however, sent out an email about PointBreaks in Australia, New Zealand, and Japan to members in the region.

You can access IHG’s page for this offer here.

Here are the hotels they promote in these three countries: 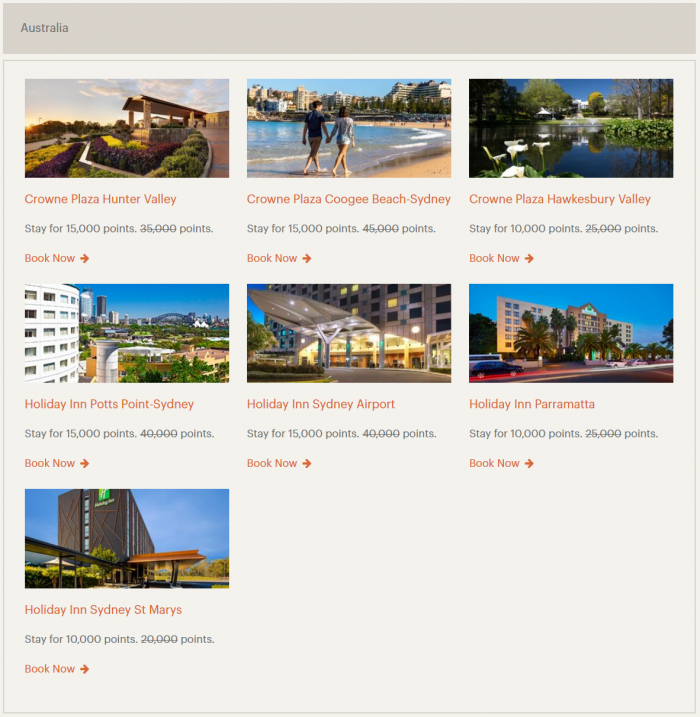 Interestingly, IHG has decided to promote PointBreaks hotels in these three countries and nowhere else. I guess that they have ensured to have adequate award night inventory at these featured hotels.

IHG used to give a full preview of PointBreaks hotels during the weekend before they would go live on Monday. The buzz around PointBreaks has cooled down tremendously after they moved away from flat 5,000 points per night.