Many negative headlines arrived with the debut of the new LAX-it system at the end of October. Allowing time for things to settle, Loyalty Lobby sent one of it’s LA-based readers to try this new process to depart LAX airport via Taxi, Uber or Lyft two days in a row last week. 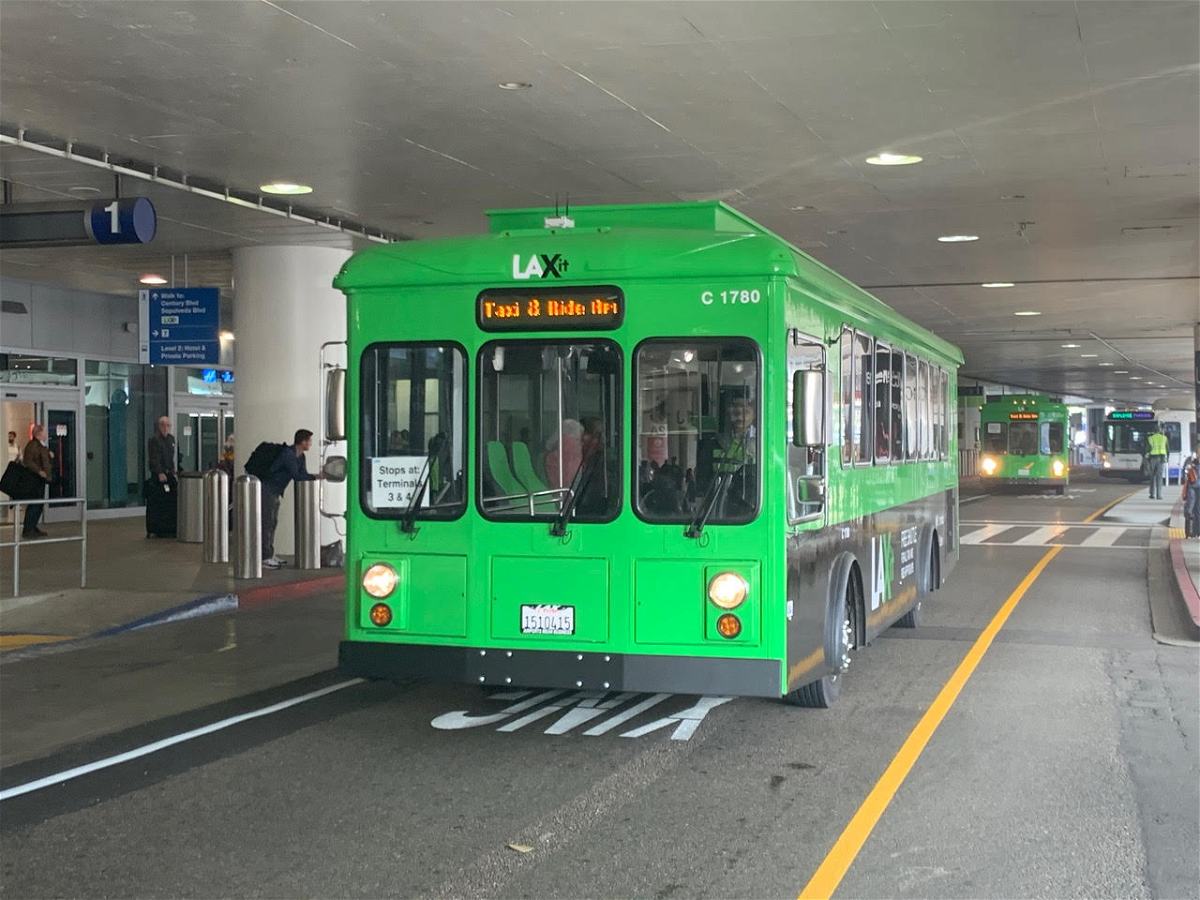 Many airports try to consolidate rideshare pick-ups to specific lots or spaces to avoid unnecessary circling around the airport, creating congestion. 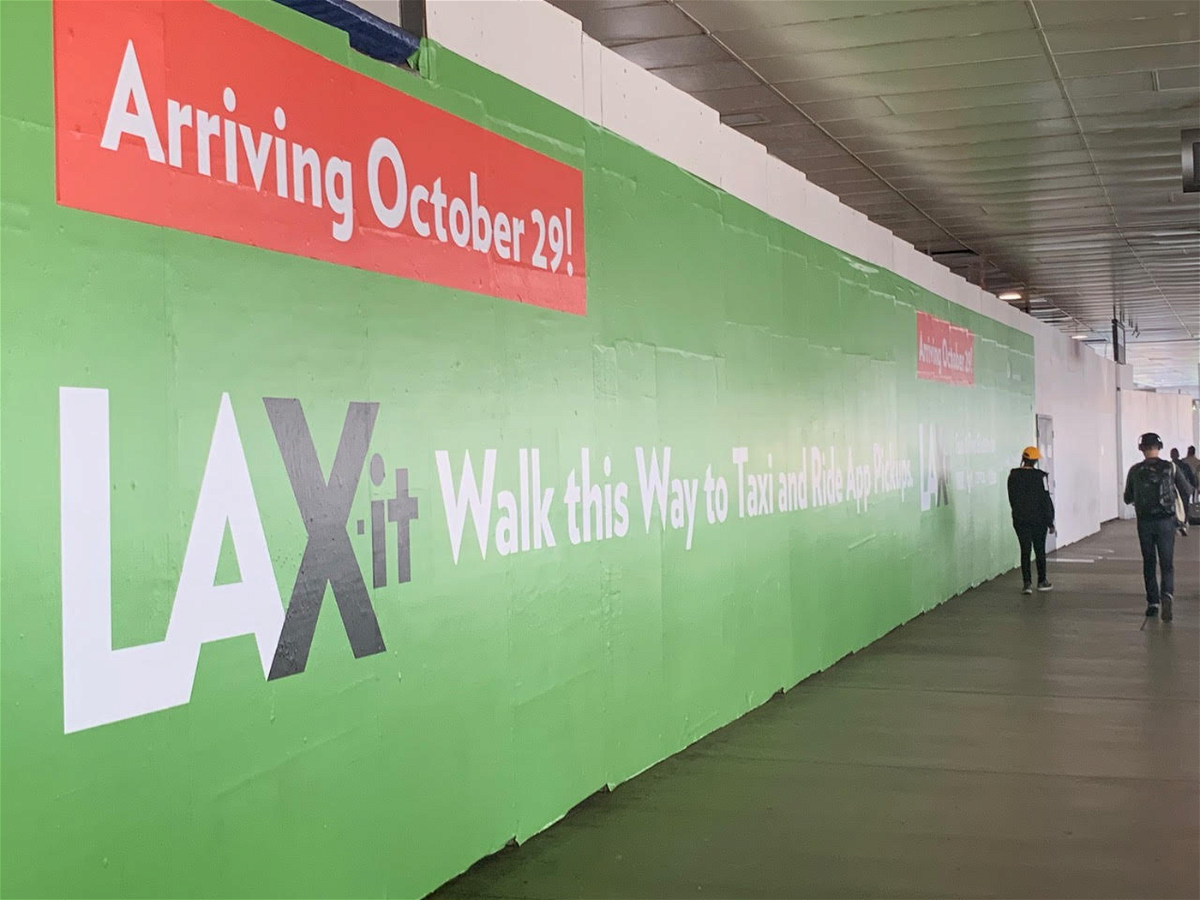 Day 1/evening: 19 mins from walking out of baggage claim to getting out of the shuttle at the LAX-it Uber/Lyft lot. (no waits for Uber/Lyft/Taxi)

Day 2/afternoon: 21 mins from walking out of baggage claim to getting out of the shuttle at the LAX-it Uber/Lyft lot. (no waits for Uber/Lyft/Taxi)

LAWA (the City agency that runs LA’s Word Airports) seems to have allocated a lot of people and resources to this system, but the layout of LAX and the staggering amount of usage is a challenge. This is a temporary system and infrastructure, as an automated people mover is expected to replace this system in 2023 when everyone will ride to a consolidated transportation facility. In the meantime, we suggest making the best of the system by walking if luggage allows when arriving to terminals 1 & 2. If arriving to other terminals, we recommend getting on the shuttle as soon as possible to get out of the terminal area, as basic amenities such as restrooms, wifi, and even a few charging stations are available at the LAX-it lot. 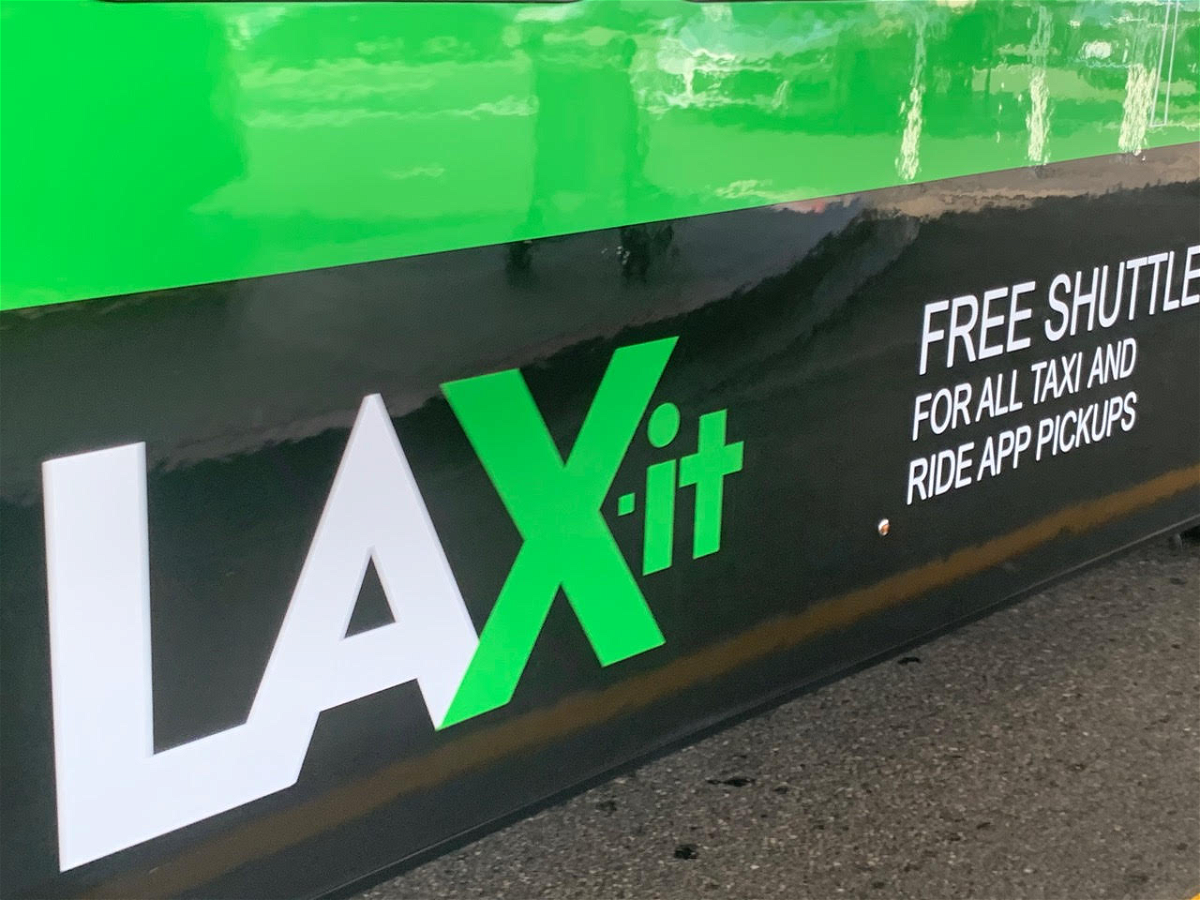 At least 7 shuttles passed while we were waiting, they were all headed to different terminals, an effort they make to distribute evenly. We wonder if they can figure out a better system.

Note that Uber and Lyft continue to drop off on the upper level at your selected terminal when arriving at LAX. LAX-it is only for departures from the airport.

There is no shortage of signage around LAX directing people to LAX-it. The amount of signage that changed was incredible, so, understandably, people are confused by the change. 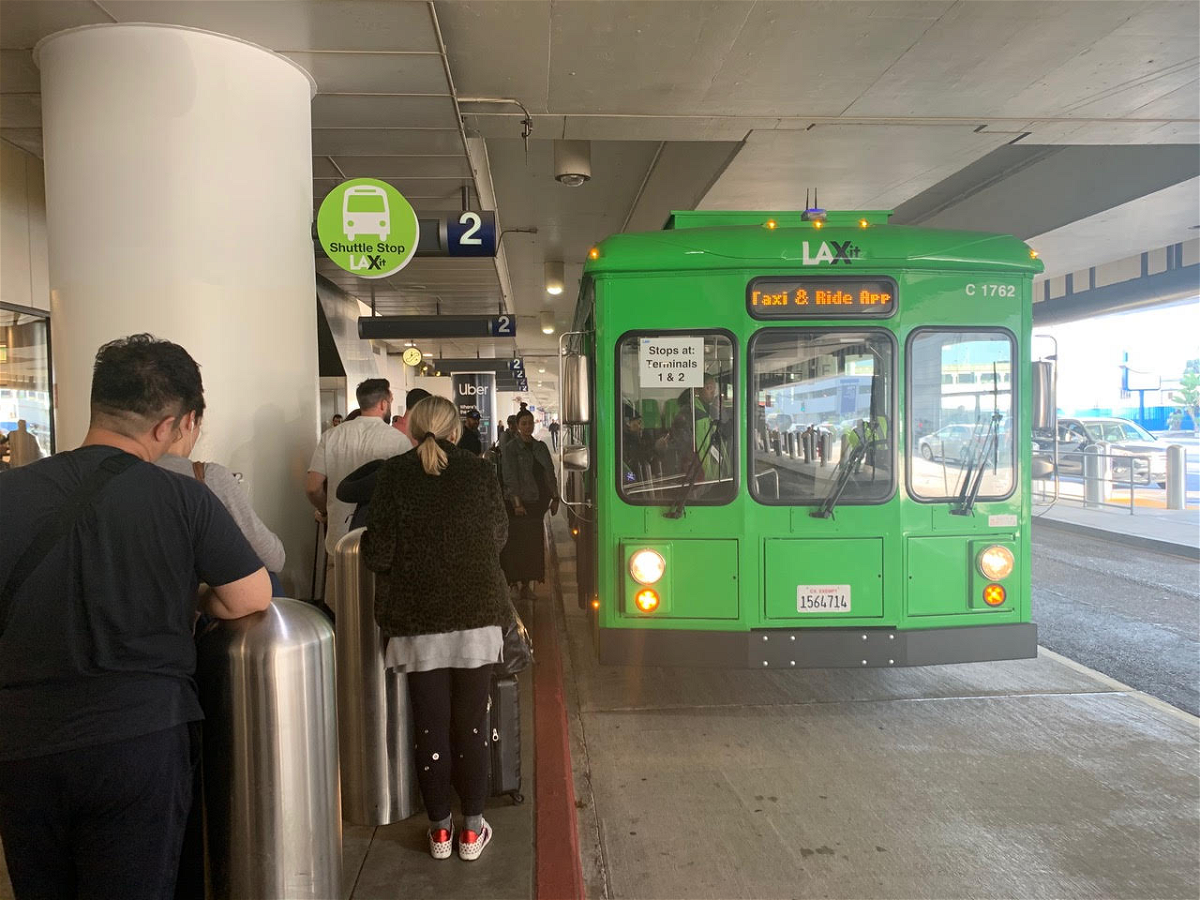 The driver didn’t use both doors of shuttle, so loading took 4 mins.

If the driver had also used the front door, those without luggage could have boarded faster.

The shuttle was full, standing room only. Thankfully we didn’t make further stops as the driver noted we were full. It took 13 mins to travel from Terminal 2 to the LAX-it lot. 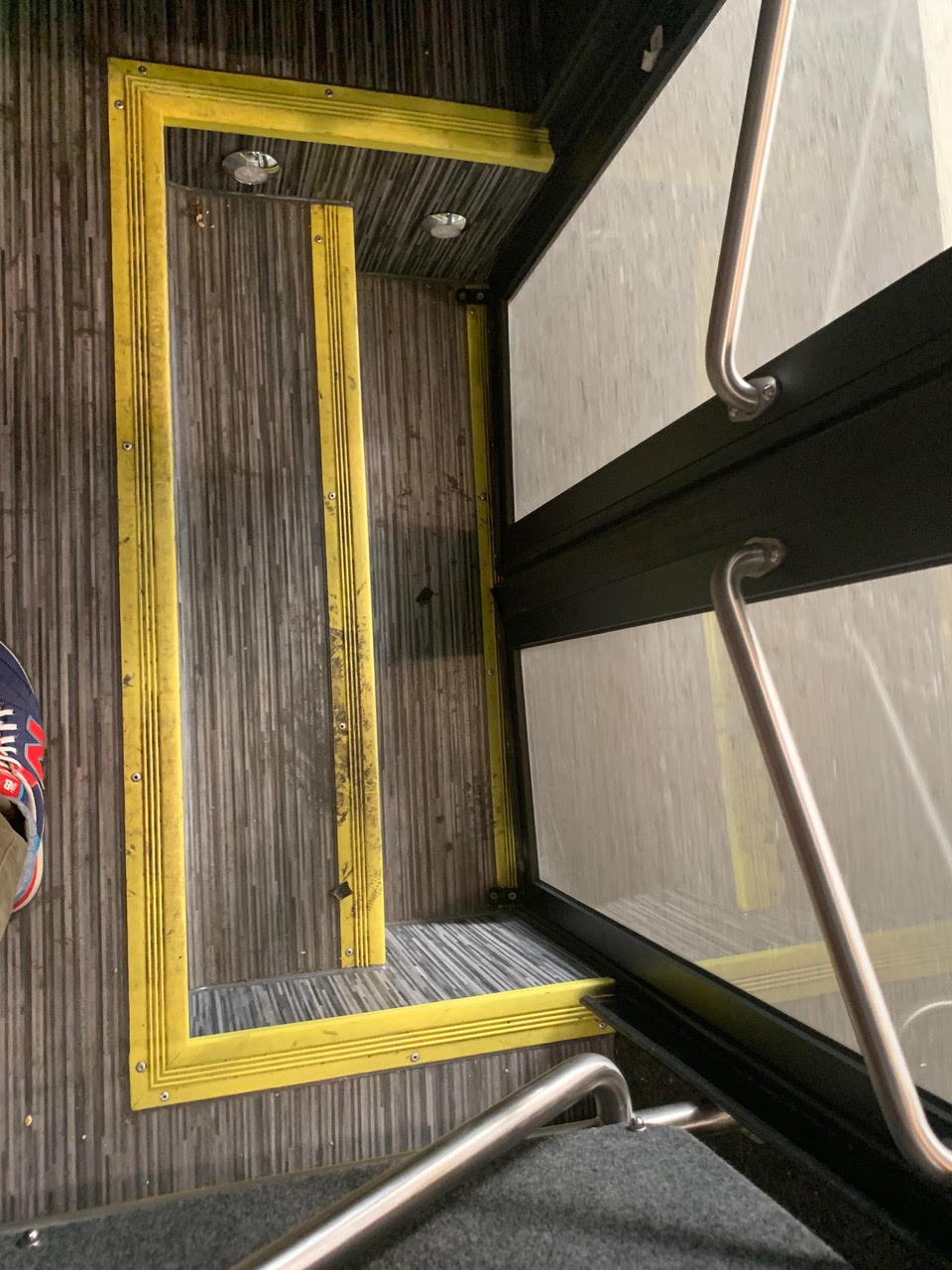 These are brand new shuttles, but they have 3 steps, not sure how these are ADA compliant. 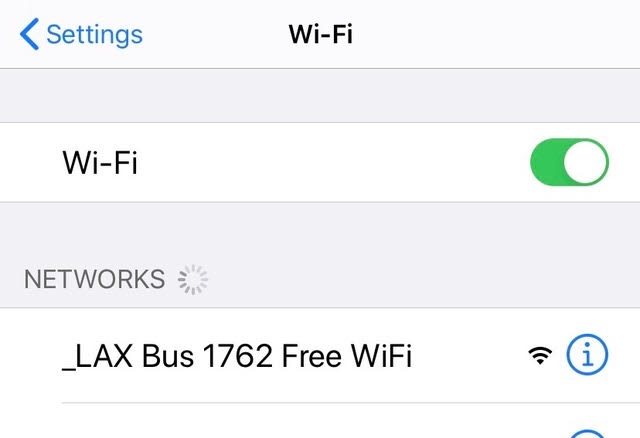 As we left the main roadway, the driver announced it was time to order Uber or Lyft; she reminded that the shuttle has WiFi and gave the bus #.

Upon exiting the shuttle bus, there were plenty of staff offering carts and directions to Uber, Lyft, and Taxis.

Apparently, LAWA has rushed to open an overflow area. 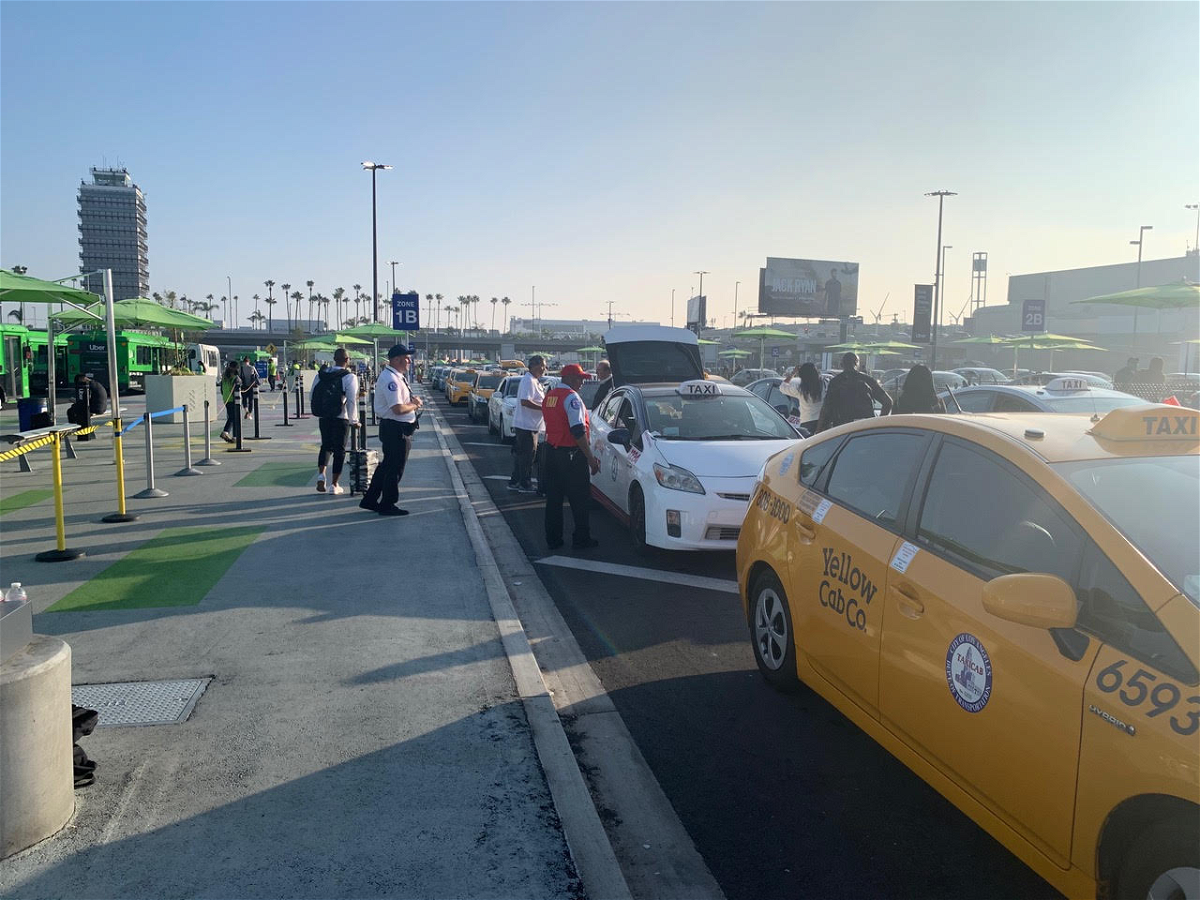 The Taxi line was full of taxis, but no customers.

There was also free Wifi in the LAX-it lot. 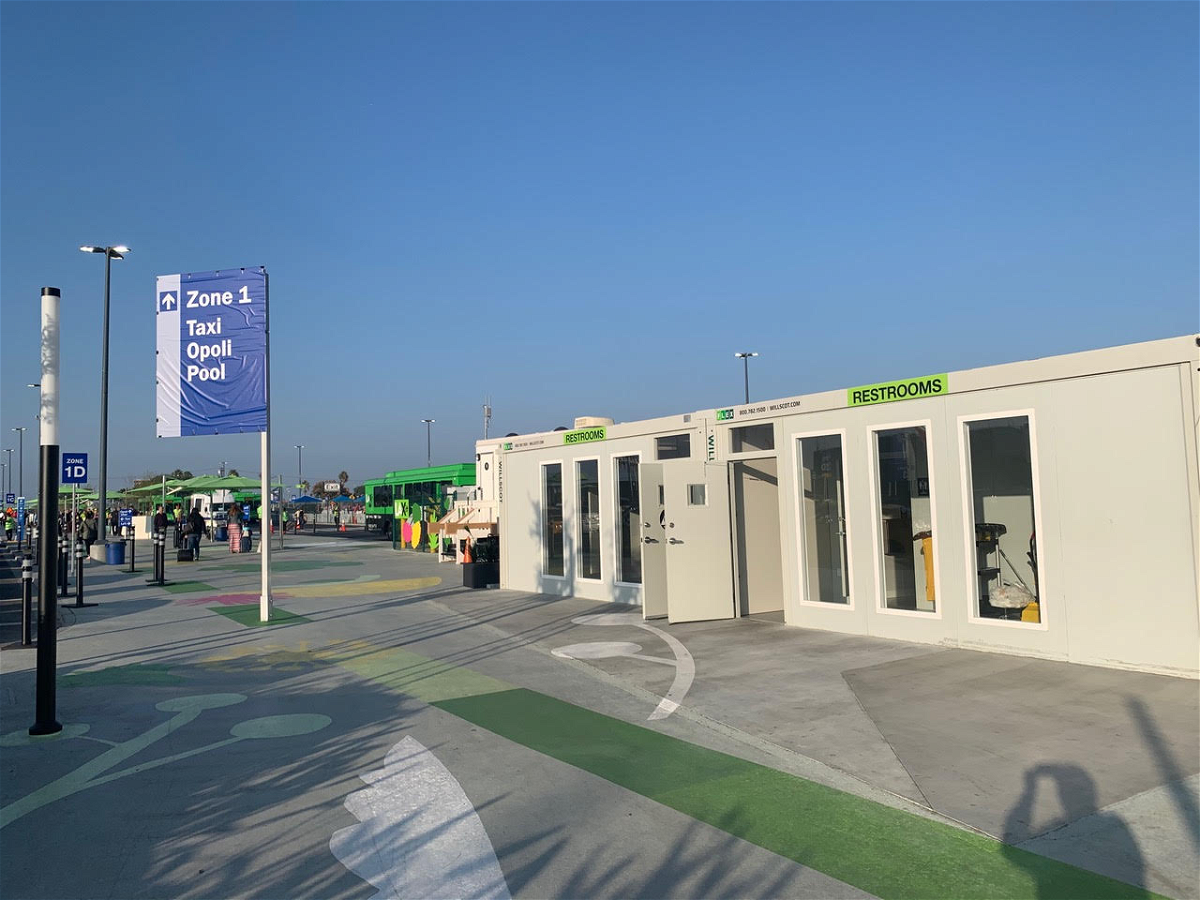 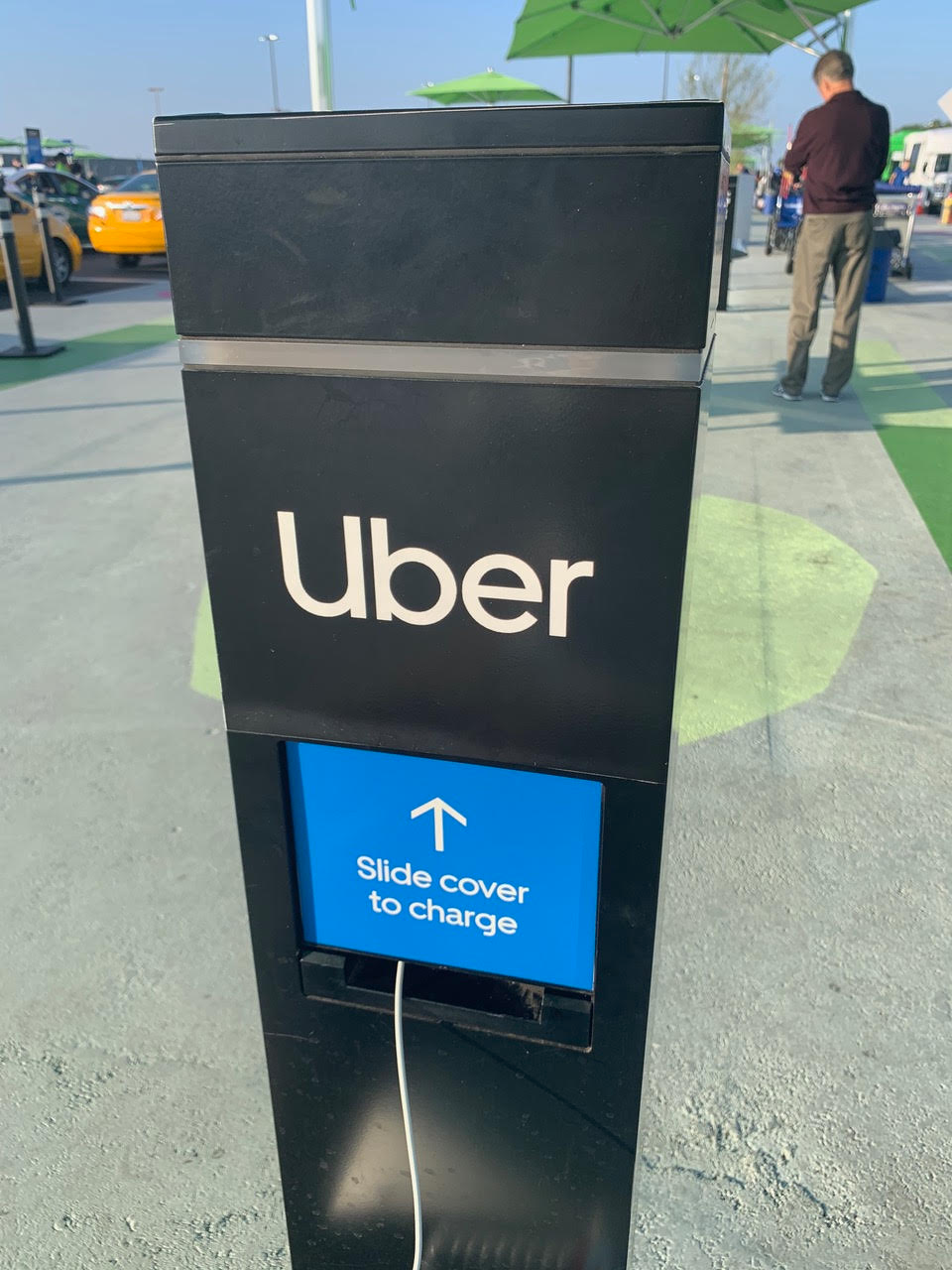 Umbrellas won’t cut it in rain and colder weather. We hope LAWA is considering more of a structure to protect people from the weather.

One food truck pulled up as we were departing. Great idea, but there doesn’t seem to be any consistency to the truck hours or offerings.

LAWA seems to have allocated a lot of people and resources to this system and appears to be working out the initial kinks. We hope LAWA continues to learn and refine the system while we learn to make due until 2023 or later when the permanent people mover system comes online.