This week’s Whine Wednesday is about the new American Express Centurion Lounge at the Phoenix Sky Harbor Airport that was supposed to open this week and an unfortunate last minute postponement.

American Express is currently on a big expansion course to make more Centurion lounges available to their Platinum and Centurion cardholders and Phoenix was one of their most anticipated locations.

Unfortunately there have been delays with the final touches on this facility as so often with newly constructed lounges that also require certifications for F&B operations.

I have contacted American Express via online chat this morning to double check if their originally published opening date of late “November 2019” would hold true as I’m off to Bali this week.

They had bad news for me: 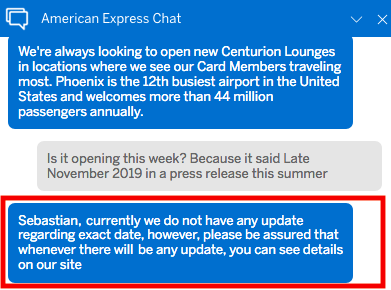 Currently there is an array of locations available to members: 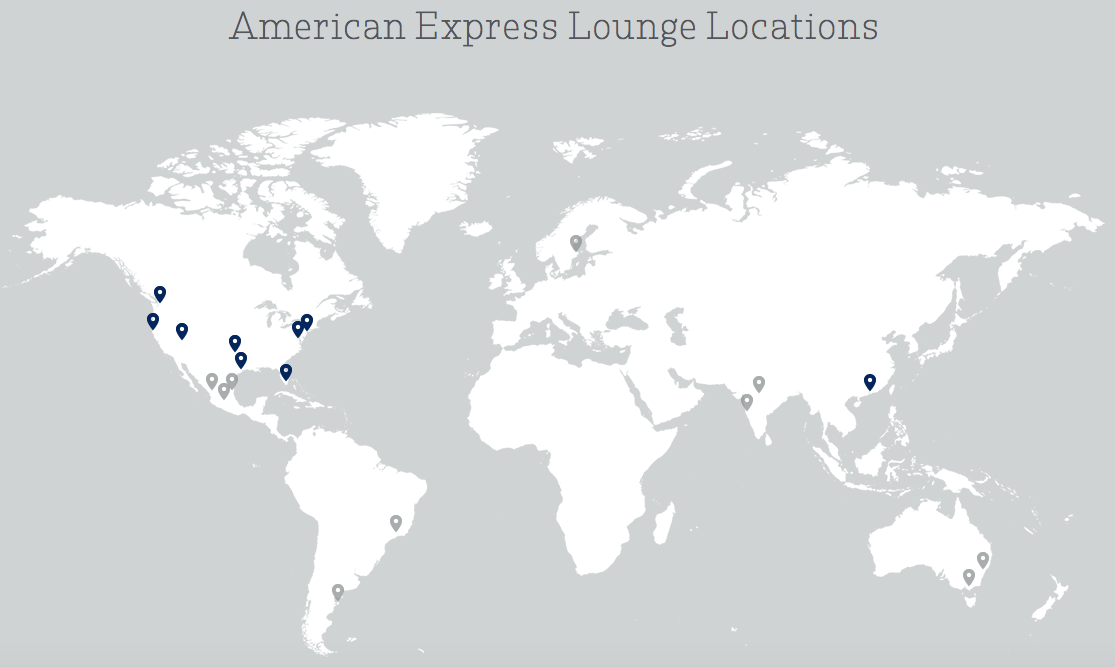 Some of these club locations are American Express lounges but not branded as Centurion Lounge which means it’s usually a rather boring airport club.

For 2020 Amex has already announced further locations including international ones:

The Centurion Lounges have been pretty popular with members and considering how strong Amex has pushed their Platinum card in the last few years I can imagine why they now want to expand their lounge networks, especially after upping the annual membership fees in many markets.

Let’s hope the renovation of the Seattle Club is going to be a quick affair but I wouldn’t hold my breath believing that. I’d estimate at least another couple of months before opening. There is no indication what’s causing the holdup but keep in mind the Centurion Lounge requires a liquor license and has to undergo an inspection by health authorities for the kitchen. The slightest problem with that can throw a wrench into the engine.

We will update readers with new opening dates once they come up in the (hopefully) near future.