Our Fabulous Fridays topic this week is the Thai Airways Royal Orchid Spa at Bangkok International Airport which appears to have received a an urgently needed facelift in recent months. 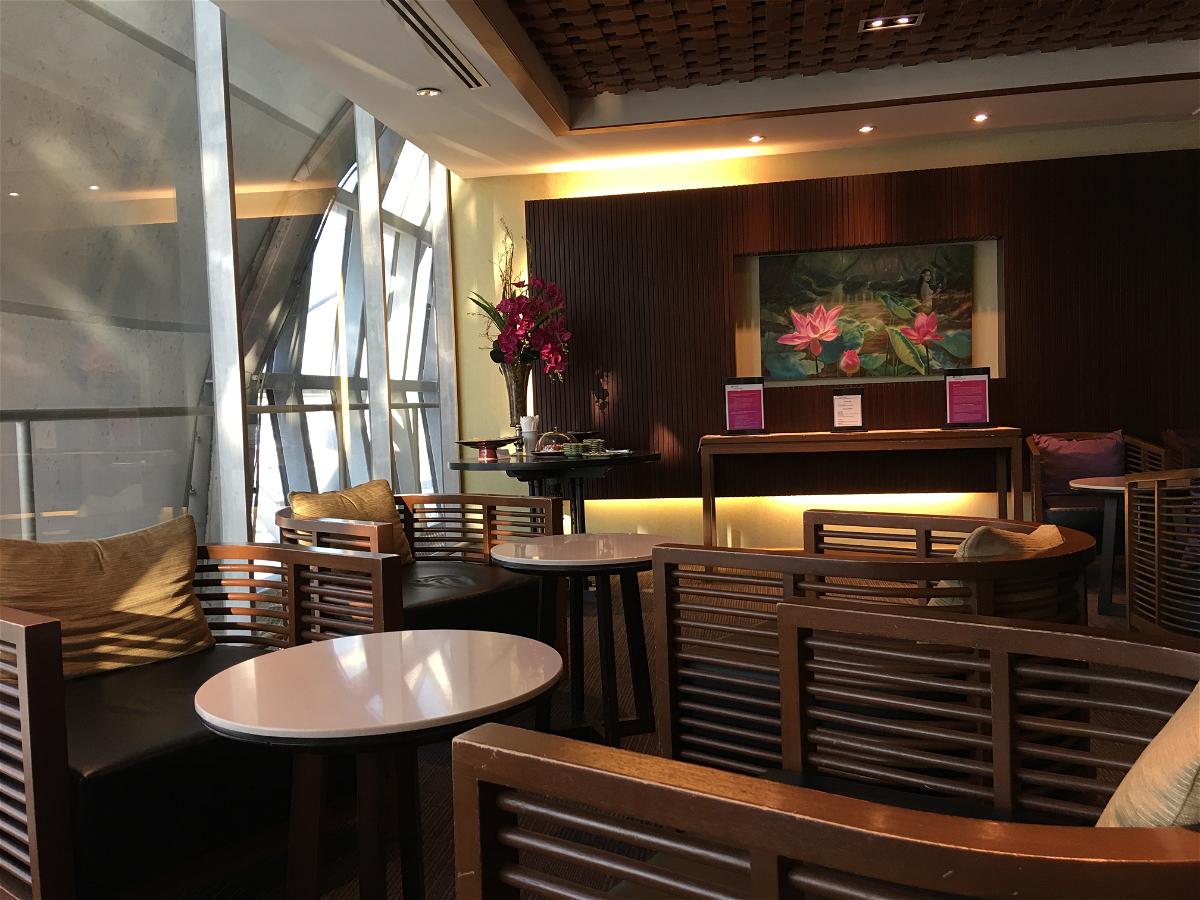 The treatment rooms as well as the massage cubicles have both received a soft renovation according to the staff after the haven’t been upkept for several years.

In the past I have criticized Thai Airways for letting these facilities decay and not doing any improvement works on pretty basic things like the furniture and walls.

Most of the renovations are already completed but a small sign displayed that there are a few more renovation works underway, adding several more cubicles for the 30 min neck&shoulder or foot massage treatments.

The textile surface of the wall / dividers was extremely distressed in the past to the point of which the bare wood underneath was visible (think a 20 old torn up couch).

Now these surfaces have been replaced and it looks very pleasant again. According to Spa staff the 60 minute full body massage treatment rooms also underwent some improvement works such as the shower stalls and fixtures. I was only flying Business Class so was unable to check up on it.

I was surprised how few guests are using the Spa these days. The Royal Orchid lounge was very full as always yet there were only 2-3 passengers at the spa the last few times I departed on TG. It used to be almost impossible in the past to get a treatment except you arrived 2-3 hours prior to departure.

These touch ups must have happened within the last 2 months as the last time around nothing had been done and I used exactly the same section of the Royal Orchid Spa.

Unfortunately Thai Airways has a lot of financial difficulties these days which I previously wrote about. At least someone finally took the feedback of passengers (feedback form after treatment) to heart and ordered some urgent improvements.

There is currently a lot of chatter in Thailand about Thai Airways keeping their entire domestic network grounded for at least a further four...

Guardian’s Today In Focus: “Should the UK bail out Richard Branson’s...