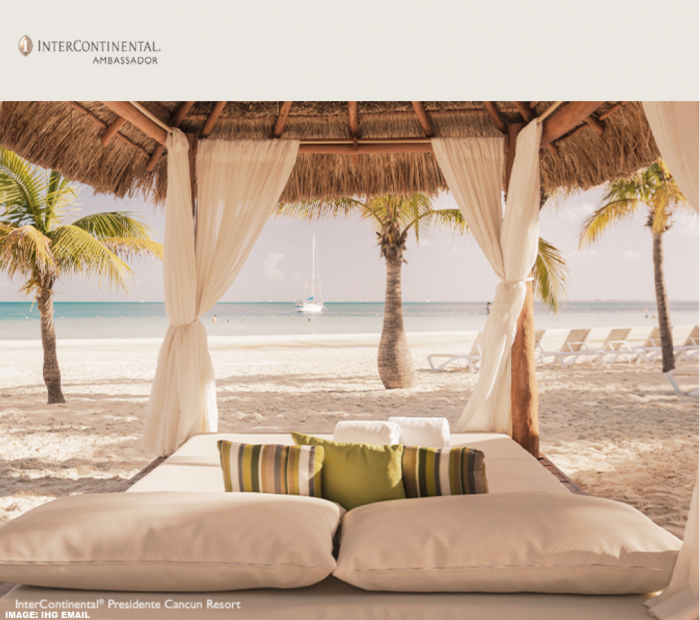 You can access IHG’s page for Royal Ambassador here.

Here’s the text on the email: 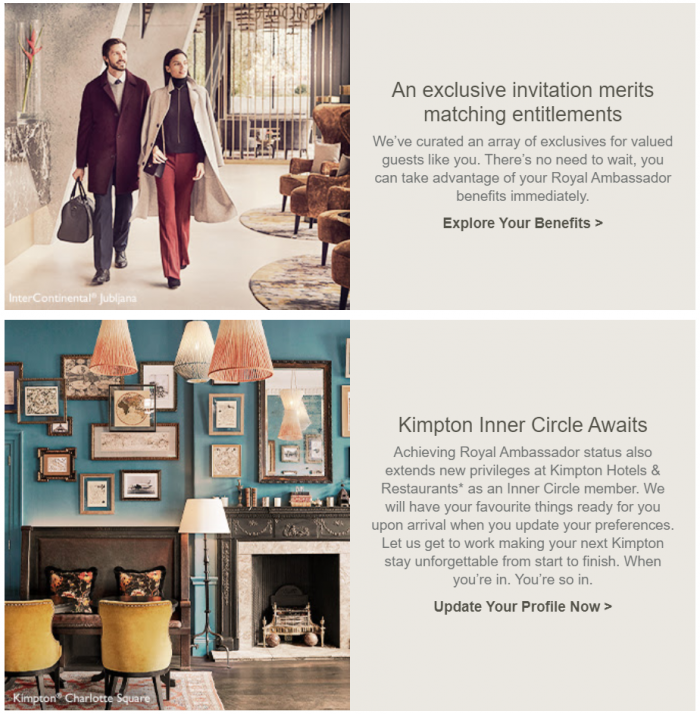 It is now official that Kimpton Inner Circle-status comes with qualifying or renewing for Royal Ambassador.

Not sure who came up with the text on that email, but surely it is by a person who rarely travels.

Now that Regent and Kimpton spend count towards the Royal Ambassador status, it makes sense to extend Inner Circle for RA’s. Those that qualify for Inner Circle based on their Kimpton stays, however, have received plain InterContinental Ambassador without having to pay.

IHG Hotels Kimpton 25% Off Winter Sale For Stays Through September 7, 2021 (Book By February 9)