Norwegian Air Institutes New Luggage Fees For Tickets Issued On Or After January 23, 2020

Norwegian Air on Thursday instituted new baggage charges that are in effect immediately for tickets issued on or after January 23, 2020. 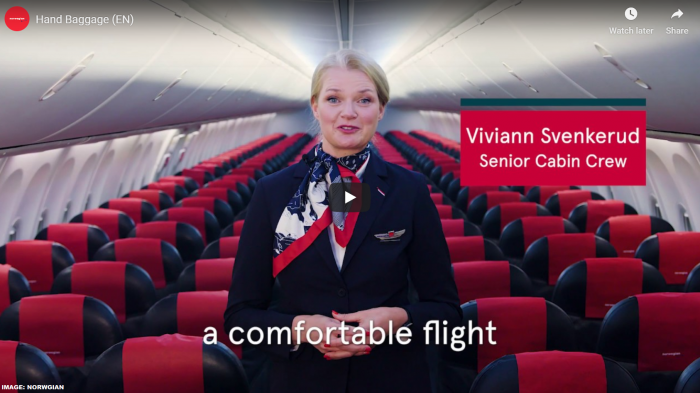 Travelers can no longer use an overhead compartment free of charge, but their complimentary 10-kilo allowance must be used for an under the seat bag.

You can access Norwegian’s page for the announcement here.

Here’s the diagram released by Norwegian:

* means that there is even a lower allowance on Dubai flights of 8 kilos.

The charge to use the overhead compartment is 5 to 9 euros per segment.

There is a money-making motive behind this change, regardless of how Norwegian tries to spin it. Why don’t they say so?

Norwegian Air was about to collapse last year, and the founder was essentially shown the door. The airline was able to come up with more financing to keep it afloat.

Airlines should be open why they institute these changes and not try to claim that they are for our benefit when, in fact, they are not.