As China has banned all organized group travel (read more here), airlines have started to pull and suspend their flights to China as demand has vaporized. 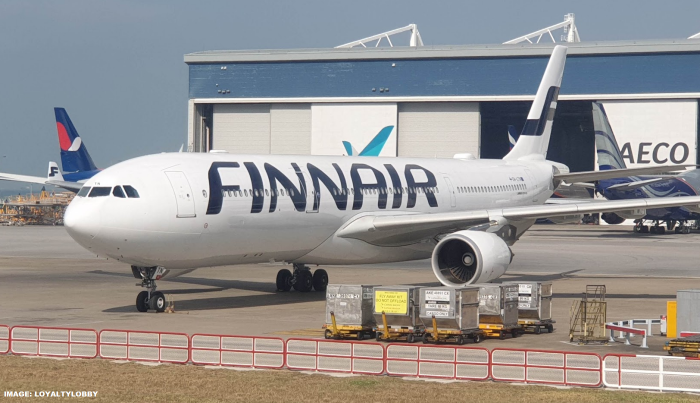 Here’s the announcement from Finnair:

Due to the recent suspension of all group travel from China, Finnair will cancel its three weekly flights between Helsinki and Beijing Daxing International Airport between February 5 and March 29, and its two weekly flights between Helsinki and Nanjing between February 8 and March 29. Finnair will communicate these changes directly to customers who have bookings on these flights and offer the choice of either a change in travel date or destination, or a full ticket refund.

Finnair continues to operate daily to Beijing Capital Airport and to Shanghai, twice a day to Hongkong, and twice a week to Guangzhou.

“These cancellations are needed to manage the impacts of the recent suspension of group travel by Chinese authorities, which have a pronounced impact on the load factors of our Beijing Daxing and Nanjing flights,” says Jaakko Schildt, Chief Operating Officer, Finnair.

Finnair continues to monitor the situation closely and will provide further updates on the financial impacts in connection with Finnair Q4 and full year 2019 results communications on Feb 7, 2020.

Finnair’s current customer policy allows customers to change or cancel their flights to and from Greater China if they have a ticket issued before 28 January for travel between 25 January and February 29, 2020.

I would assume that there will be similar suspensions and cancellations from other airlines as travel to/from/via China doesn’t make much sense right now due to the coronavirus outbreak.

The Chinese government has also banned all group travel within and out of China that most passengers use, especially on international tours.

Readers who are scheduled to fly to or from China and are not planning to postpone or cancel their trips should monitor their itineraries for possible airline initiated changes.