As I wrote two days ago World of Hyatt changes for 2020 will go live on March 22nd but it doesn’t just include category changes, apparently Hyatt will make a positive improvement to their Cash&Points awards as well. 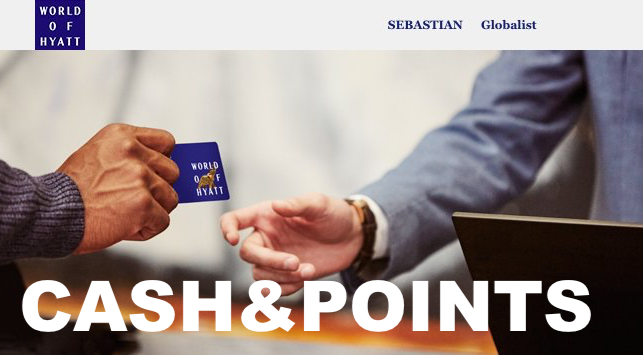 Hyatt has changed how cash&points awards are redeemed back in November of 2018 and since then these awards became pretty much useless as they went from a fix cash price to dynamic pricing.

The main issue with the cash&points awards nowadays is that they depend on the daily standard rate and during redemption take 50% off this rate, not the member rate which is available to all World of Hyatt members – it never made sense.

You can access my article about the changes from 2018 here.

To compare, until November of 2018 Hyatt charged their C&P awards based on fixed amounts: 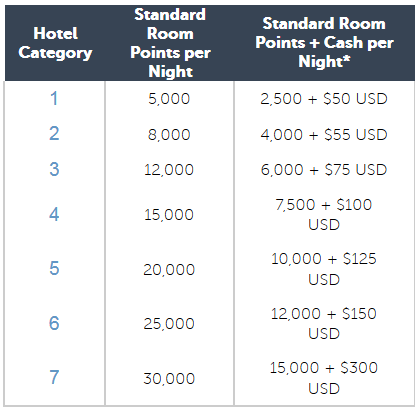 Then they introduced the new model, however on the website outlining changes there is now an amendment:

Based on this, in the future WOH guests redeeming Cash & Points awards will be eligible for up to 70% off the daily rate which could make these awards worthwhile again. I assume the decision if it’s 50%, 70% or something in  between will have to do with the seasonality (peak/off/peak),

In the past C&P awards have been my favorite but I think I only booked it once ever since. My main issue is that Hyatt calculates the rate based on the standard rate, not the member rate. And if the Standard Rate is $400 that day you can easily pay 6k + $200 instead of previously 6k + $75.

One really has to compare the current rates now before deciding what kind of award makes any sense at all. At a rate of $140 a night at the Grand Hyatt Bali for example I wouldn’t use any award whatsoever and just pay cash for the entire stay – or simply redeem 8k points in full.