AirAsia released on Saturday an exciting product for its BIG program members in Malaysia (read more here) and sent us more information about this product today. 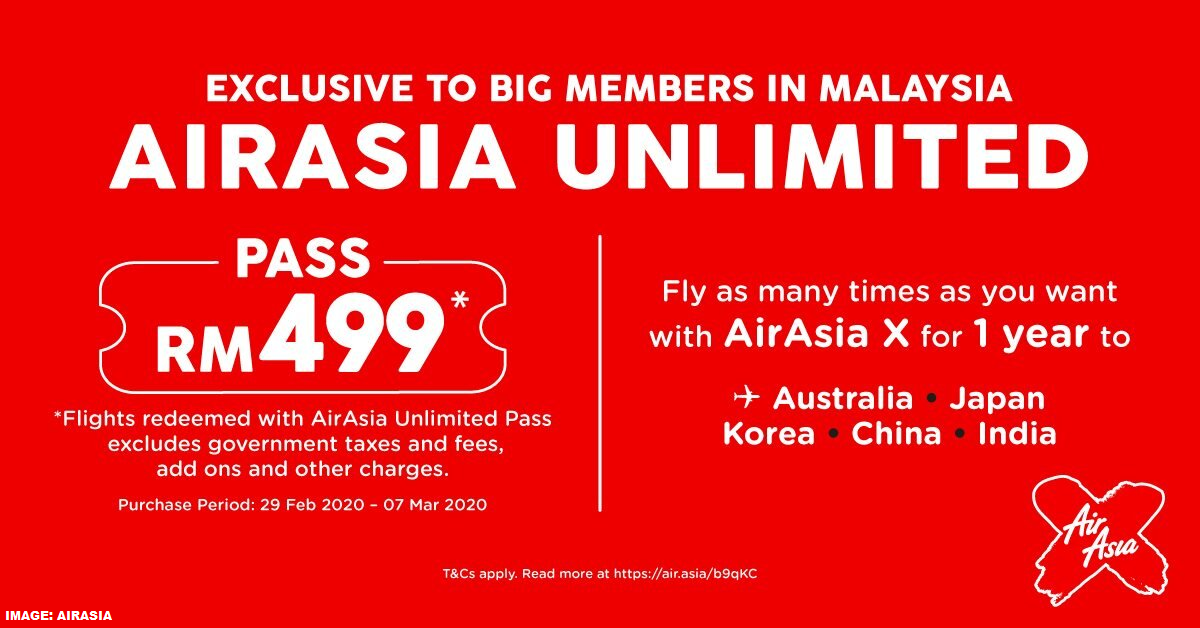 Member must make the booking at minimum 14 days before the scheduled departure. Member can have up to 3 no-shows, after which the pass is forfeited.

AirAsia has now released a list of eligible routes:

The following routes are EXCLUDED: 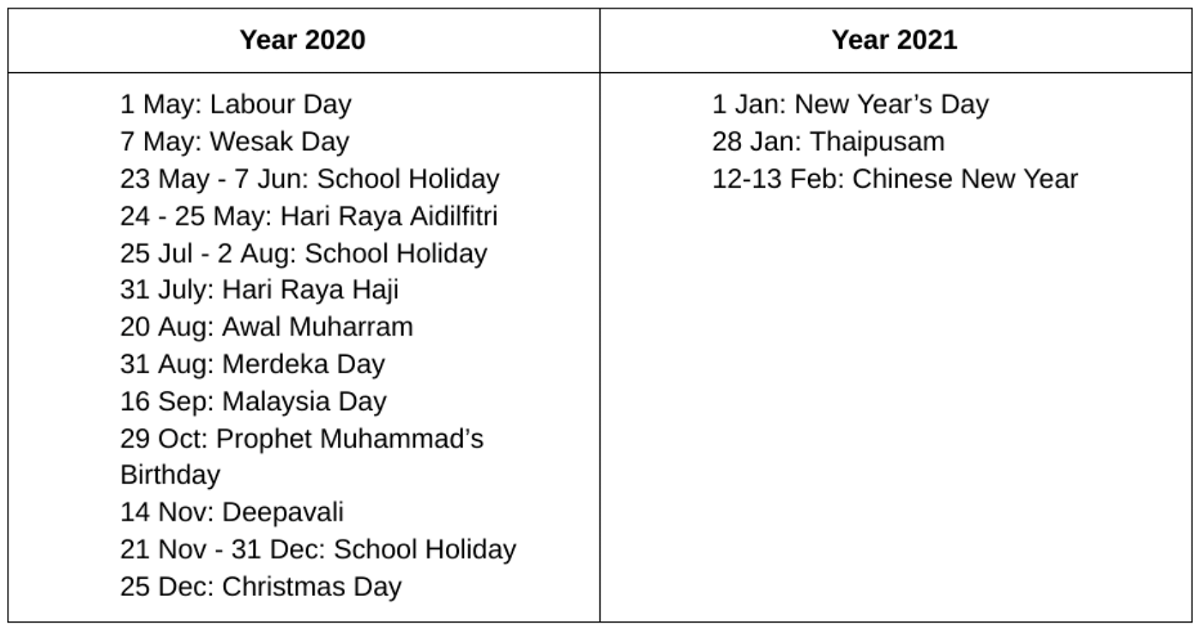 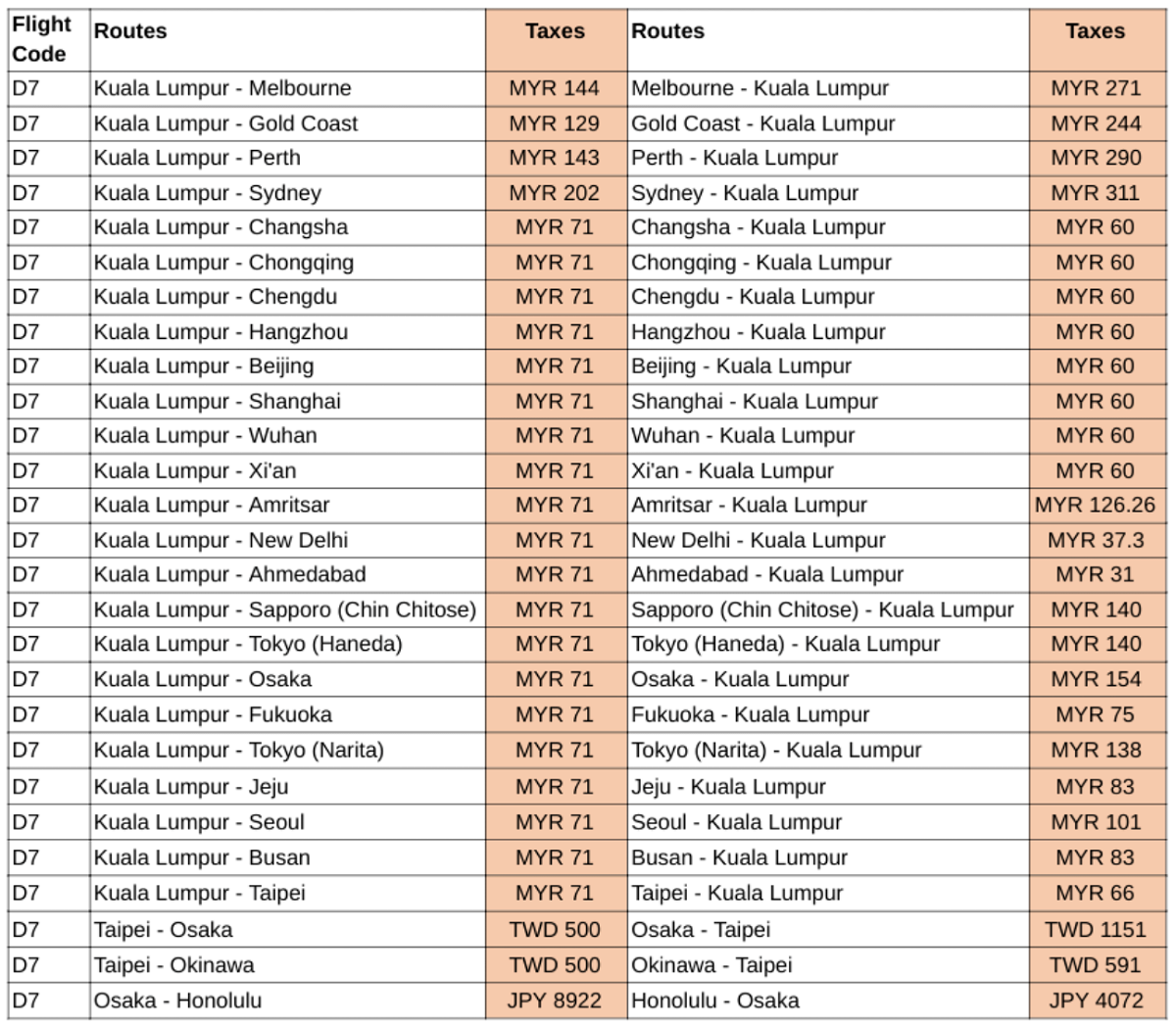 Here’s screenshots that AirAsia has released about the booking process: 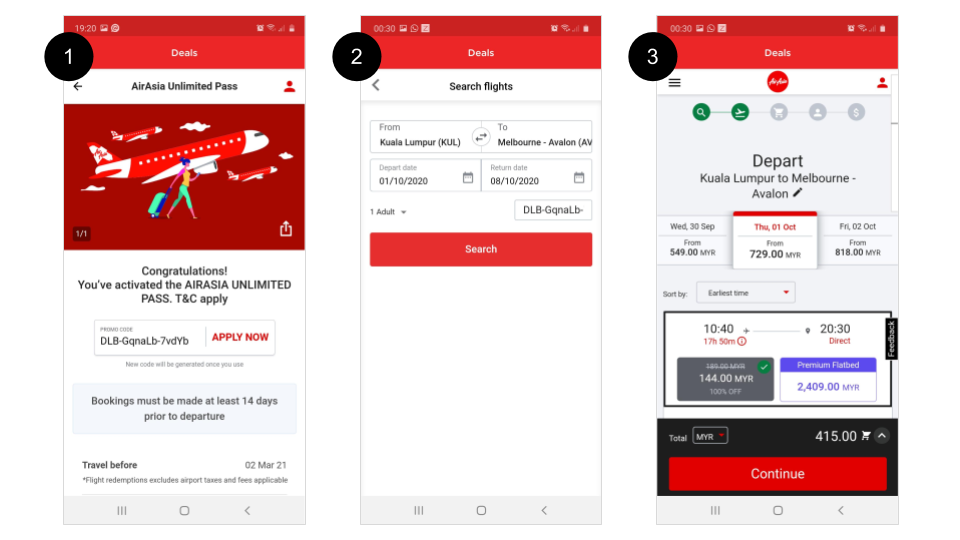 For y’all mobile-savvy users, we will be showing you the mobile app display in the step-by-step guide below, but the airasia.com desktop version will share a similar display – you get the drill!

This AirAsia Unlimited Pass certainly sounds very interesting for those that don’t need to buy many “extras” that can be costly on these AirAsia X-flights and are very flexible with their flight dates and destinations.

I am surprised that the routes from Thailand are eligible too, and a couple of fifth freedoms (Taipei – Osaka, Taipei – Okinawa, and Osaka – Honolulu). 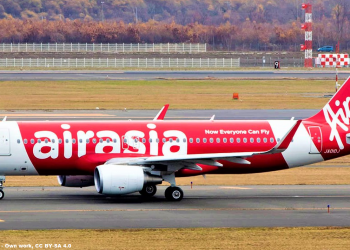