Lufthansa Group In Process To Reduce Flight Programme By Up To 50%, Possibly Grounding All A380s

Lufthansa has announced a massive reduction of the flight program for the entire Lufthansa Group that could see up to 50% of all flights being scrapped from the schedule. 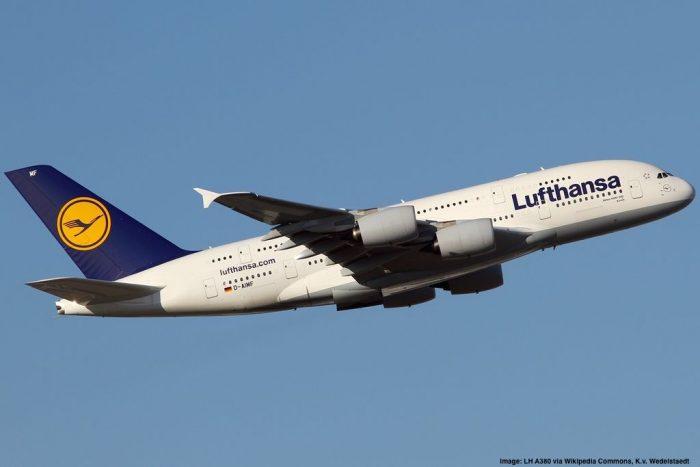 The airline is also considering to temporarily decommission all of their Airbus A380 aircraft until passenger numbers pick up again and it’s possible to fill the planes.

Airlines all over the world are currently in a predicament amid crashing passenger demand as COVID-19 makes it’s way around the world and countries impose entry restrictions based on the travel history of the passenger.

A couple days ago I already wrote about Cathay Pacific putting the brakes on half of their whole fleet as well, parking 120 aircraft for the time being.

Now according to a Lufthansa press release the entire Lufthansa Group is in final planning stages to follow the same pattern, including grounding their largest aircraft the Airbus A380.

Due to the exceptional circumstances caused by the spread of Covid-19 and the resulting drastic decline in bookings as well as numerous flight cancellations Lufthansa Group decided to reduce the flight capacity on offer even more than previously planned. Depending on the further development of demand, capacity is to be reduced by up to 50 per cent in the coming weeks. These capacity adjustments apply to all passenger airlines in the Lufthansa Group.

In addition, the extent to which the entire Airbus A380 fleet (14 aircraft) can be temporarily taken out of service in Frankfurt and Munich is currently being examined.

This measure is designed to reduce the financial consequences of the slump in demand. It complements the planned savings actions in the area of personnel, in material costs and project budgets, and other liquidity measures. In addition to an immediate hiring freeze, Lufthansa Group has already offered its employees the use of voluntary individual personnel measures in recent weeks. These include the granting of unpaid leave and bringing forward annual leave. The company is in talks with its operating partners and trade unions in order to avoid dismissals – among other measures – by means various part-time models, including probationary periods.

It is not yet possible to estimate the burden on earnings to be expected from current developments. The Group will publish key financial figures at the annual press conference on March 19, 2020.

The German carrier has in the past few days already announced that due to entry restrictions they are setting out flights to Israel for the time being and also extended their cancellation of mainland China services.

Currently the worldwide Coronavirus Count shows Germany in 5th place of the infections rating and given the language in German media it’s not too hard to imagine that many people would rather forego their travel plans at the moment.

Yesterday Austrian Airlines announced that 7,000 employees will received a reduced working schedule (“Kurzarbeit”) and now this announcement that the entire group is bracing for a crash landing of passenger numbers.

Flying planes, especially the A380, half empty around the world is definitely a loss maker and carriers are now trying to reduce their operational cost wherever possible. This is now taking a much wider circle than just mainland China or Asia as a whole. Capacity will be cut across the board including North America.

Airfare of the Day: Swiss BUSINESS CLASS London (LHR) to Bangkok (BKK) from £1,478

A few weeks ago I wrote about Lufthansa having closed all First Class at Frankfurt Airport and instead made a...

Lufthansa has launched a new status miles campaign on its own + integrated airlines flights between September 16 – October...

Lufthansa Miles & More has partnered with Centogene, a company that conducts Covid-19 Antigen / PCR Tests to pre-book a...