On top of the Coronavirus now the patients in China have to deal with the quarantine facilities collapsing upon them as it happened last night to a hotel in Quanzhou, China’s eastern Fujian province. 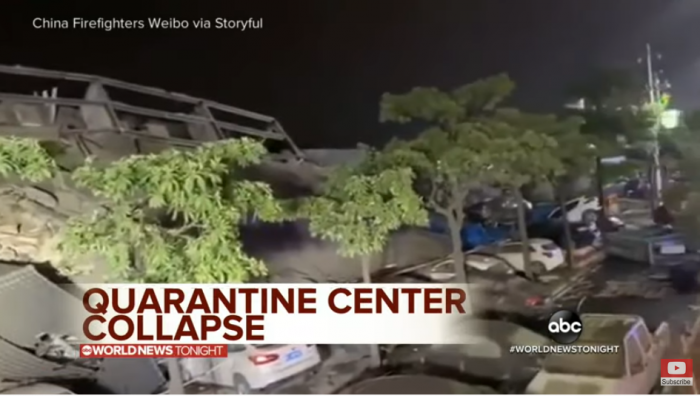 The hotel had been transformed into a quarantine center but suddenly in the middle of the night starting to collapse, burying 70+ people, killing at least four.

Rescue efforts are still underway to help the people trapped underneath the rubble of the large hotel which is now flattened on the ground with just ruins left.

NBC news reported about this a couple hours ago (access here).

About 20 people remained trapped Sunday in a collapsed hotel in southeastern China that was being used for medical observation of people who had contact with coronavirus patients.

Forty-eight people had been pulled from the rubble of the Xinjia Express Hotel in Quanzhou, a coastal city in Fujian province, the Ministry of Emergency Management said. There were no reports of deaths.

The 80-room hotel collapsed in a matter of seconds about 7:30 p.m. Saturday, the official Xinhua News Agency quoted eyewitnesses as saying. About 70 people had been trapped inside initially, the Quanzhou government said.

The official People’s Daily newspaper said the 80-room hotel was being used by by the city government for observation of people who had contact with virus patients.

I tried to do some digging to see if if was a chain hotel but it doesn’t appear to be. Nevertheless, how does this bode for the construction quality of such properties in China? Or did the authorities simply overload the building but given the stated number of affected victims it doesn’t sound very high.

Hotels being converted to quarantine facilities aren’t new and definitely not a Chinese phenomenon. A couple weeks we wrote about a Holiday Inn near Heathrow Airport in the UK and those aren’t the only ones. The Canadian evacuees were put up at a lodge of some sort as well even though as I understood it that was on an Air Base and these were commercial hotels.

Terrible situation for these poor folks, first they are being squeezed into some dump of a hotel to get quarantined and the the damn thing collapses under their feet and over their heads. Or in short: Sent in for the virus but killed by the building. Just awful! 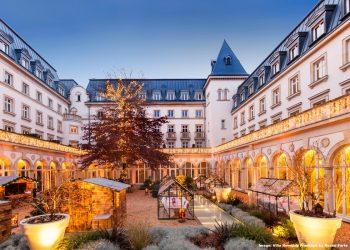 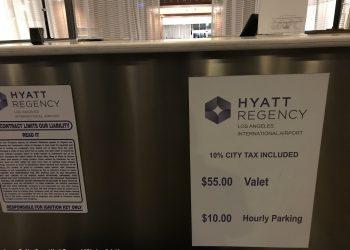