The government of Canada has just announced through the Prime Minister that all cruise ship traffic will be suspended until at least July 1, 2020 at which point a further evaluation of the situation will occur. 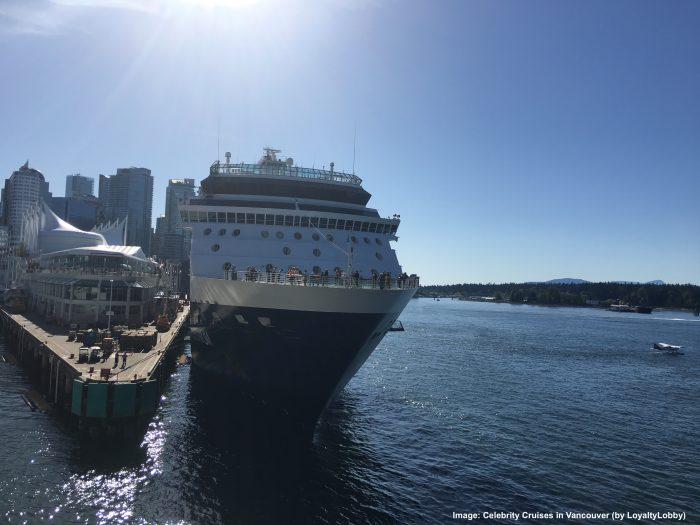 It was already foreseeable that something would happen however I personally wouldn’t have expected that a total closure of all ports would come our way all the way into July.

Prime Minister Trudeau also announced a range of other protective measures for the country.

You can find the bad news reported by CTV News here.

The federal government has temporarily barred all cruise ships and ferries that carry more than 500 people, including crew, from docking in Canada until July to protect against the growing COVID-19 pandemic.

Transport Minister Marc Garneau says that the government will re-examine the ban after June 30.

The Greater Victoria Harbour Authority (GVHA) says that it respects the government’s decision to prioritize public safety, and asks that Victorians continue to support the local business community.

“We respect the decision by the Government of Canada in putting health and safety of Canadians first,” said the GVHA in a statement Friday. “We will work to engage with our cruise partners and terminal operators to comply with the decision.”

“In dealing with the impact of COVID-19, the health and safety of everyone is always our top concern. While this will have a negative economic impact on our organization and numerous small businesses and operators in Greater Victoria, we ask that Victorians continue to support dialogue, collaboration, and community through these unprecedented times.”

As far as international travel and inbound flights to Canada are concerned, the government had equally bad news for travelers per CBS:

They announced a series of other new measures to limit the spread of COVID-19:

Health Minister Patty Hajdu called it a “critical time of containment” and explained the move to warn against all international travel.

Time to take a deep breath (without anyone around, all pun intended), trying to relax and reevaluate the current situation for the coming few weeks.

I had a Celebrity cruise ex Vancouver to Alaska booked on May 10th though this obviously won’t happen now. I took the opportunity to immediately call Celebrity and changed my sailing to mid-August without any issues. Let’s see if this sailing will eventually go or not but since all my surrounding bookings were made with points I’m super flexible to just push it out.

Most Alaska cruises actually involve a port in Canada due to the Jones Act. Should the U.S. government try and find a solution to somehow keep the cruise season going they’d have to waive the Jones Act first and maybe sail direct from a port like Seattle (if Seattle is willing to accept cruises) or Anchorage.

I fear though that those people who booked with cash will eventually lose a lot of money and there might be some cruise lines who won’t survive this. Unlike airlines, most big cruise lines are registered overseas in some tax havens to be shielded from tax, liability and labor laws. There will be no taxpayer bailout for companies that haven’t paid a dime in taxes in forever.

Bad times to be had for all.  Hopefully people are able to sit this one out without losing too much money. I highly doubt that cruise lines can be overly generous here, simply because they don’t have any cash.

When I called Celebrity the ladies at the reservations desk haven’t even heard anything about the cancellations yet. After the lady repeated loudly what I just told her about the port closures in Canada you could like 15 people in the background squeal in agony.