The Insolvency Administrator for Germany’s Condor (Thomas Cook Airlines) has sent letters with the insolvency schedule to all customers who have registered with the administrator to receive outstanding debt. 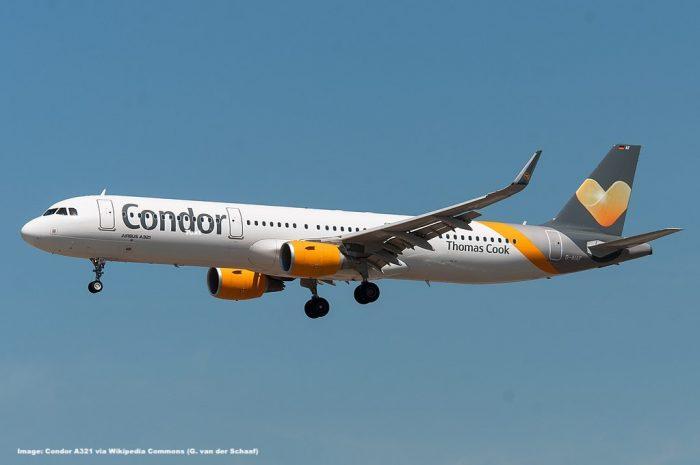 Previously customers who have any kind of value left from Condor had to register the value with the administrator to be paid the amount (or a percentage of it) in cash through the administration process.

This week I received a big package with printed court papers (~ 30 pages) and a letter from the CEO of Condor outlining the process that is currently taking place in terms of reimbursement of creditors.

Even though Condor has been taken over by LOT continuing to operate under the Condor name, creditors are unlikely to recover much if anything of their outstanding debt as per the CEO’s letter: 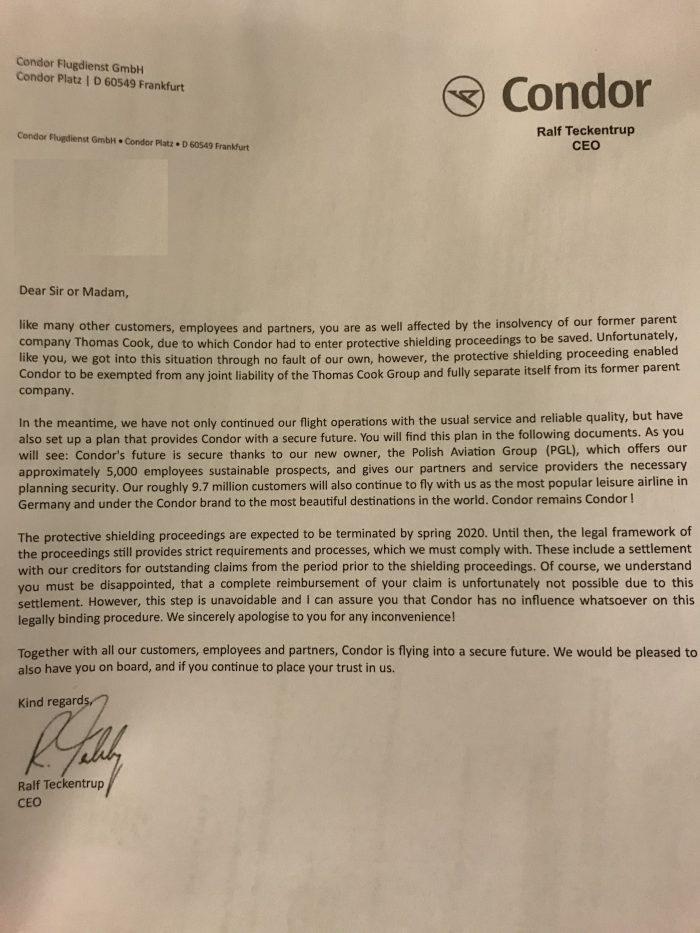 As per the administrators the process is now in the hand of the courts as they began proceedings to carve up whatever is left to reimburse creditors. 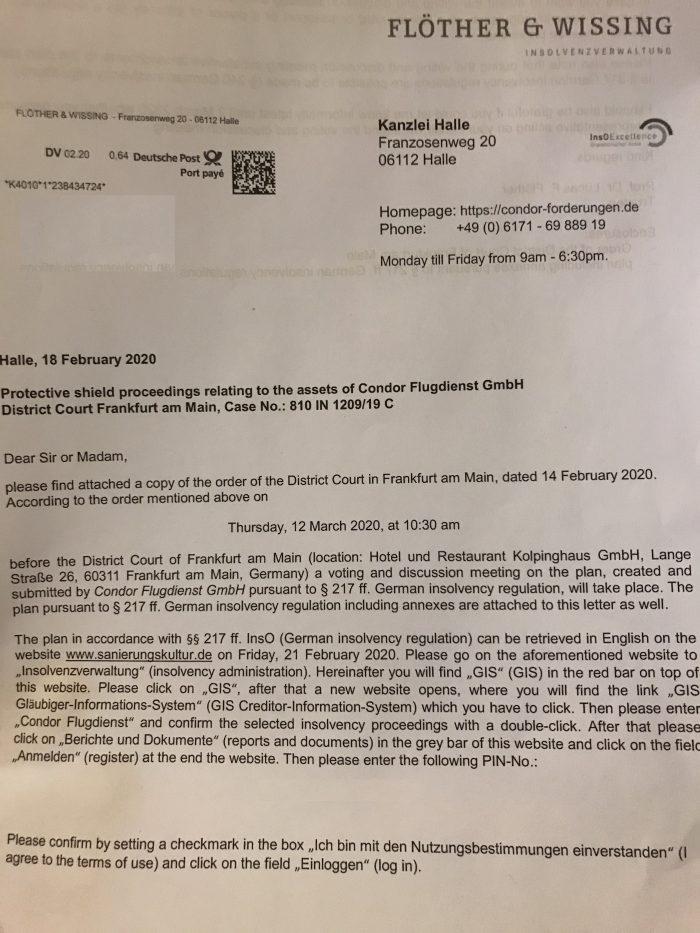 I previously responded to a letter I received without prompting from the administrators office after back in 2018 Condor issued us each 50 EUR customer service voucher that I hadn’t used up yet. 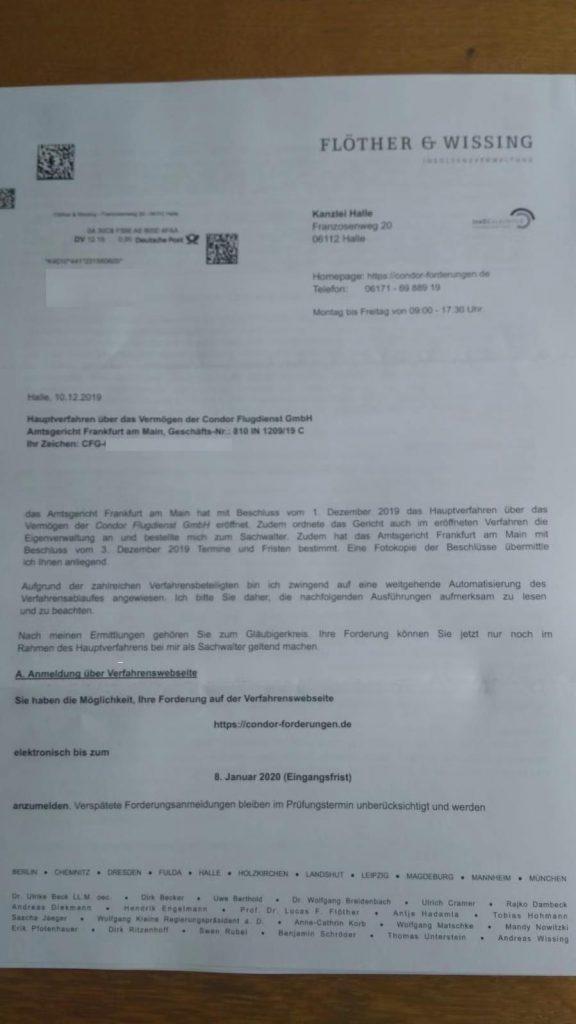 After several months in limbo following the Thomas Cook Bankruptcy and a bidding pool of two more interested parties, eventually LOT Polish Airlines proved to be successful in their bid to acquire Germany’s Condor.

The acquisition of Condor and payment by LOT was largely used to pack back the bridge loan given by the German government in order to keep the airline in the air.

It would of course be naive to expect anything to be coming my way out of a 50 EUR claim and I merely entered into this process to be formally updated about what is taking place. All the administrators fees (a large law firm) including this communication and court fees are going to eat up a good part of whatever is left.

Apart from the current Corona situation Condor has always been a popular and profitable carrier in Germany but that doesn’t mean much since the carrier was part of the fallen Thomas Cook empire. At least there is a path forward for them which is the main thing. 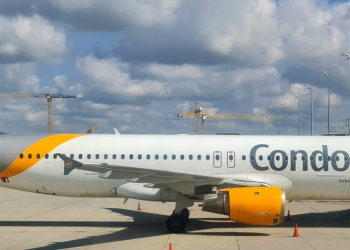 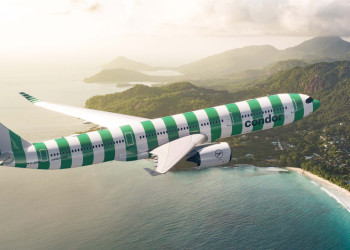 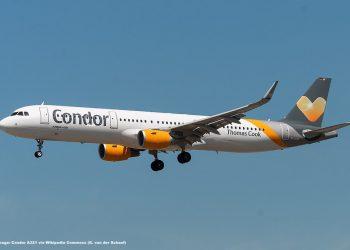