Thailand has updated their entry requirements for foreigners and now demands a medical certificate including a COVID19 test issued max 72 hrs before traveling as well as comprehensive medical insurance for at least US$100k [Edit: Effective 22 March 2020, 00:00 Thailand Time – Time of Checkin). 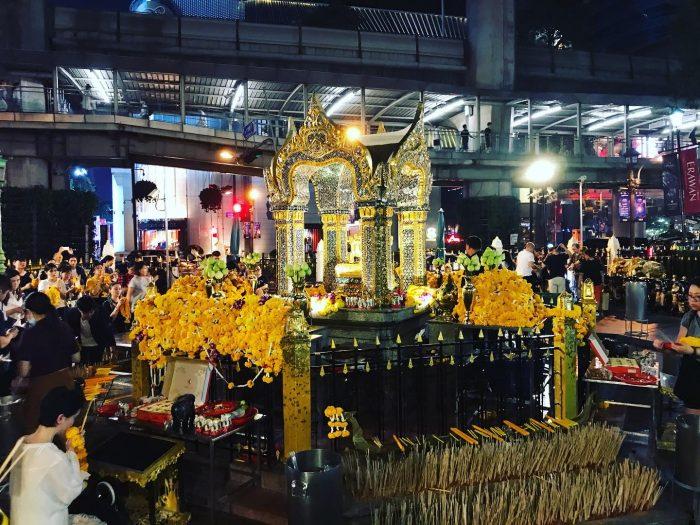 This constitutes a de facto ban as Coronavirus tests are hard to come by and even if possible would be very costly, therefore most travelers won’t be able to fulfill this requirement.

Countries are moving the goalpost by the day and sometimes by the hour as far as entry regulations go and this newest update on Thai Immigration policy has been published this evening at 8pm local time.

Edit: Based on the information of the Thai Embassy in Washington DC this regulation is valid as follows:

This notification shall be effective from 00.00 Thailand Local Time on 22 March 2020 (At the Time of Check-In at the Airport of Departure).

It appeared in the Bangkok Post this evening and will likely force many travelers to cancel their Thailand trips.

The government will extend the requirement of medical certificates and health insurance to cover all visitors to the country regardless of nationalities to curb the spread of the coronavirus, Prime Minister Prayut Chan-o-cha said on Thursday.

Thailand reported 60 new coronavirus cases, the biggest daily jump in the number of cases so far to take its total infections to 272, the Public Health Ministry said on Thursday.

Travellers to Thailand have to now show authorities a health certificate, issued no more than 72 hours before travelling, confirming that they have been tested and are free from the virus. They must also present an insurance policy showing minimum coverage for coronavirus of not less than US$100,000.

… “We are blocking infection from coming into the country. That is why people need medical certificates and health insurance to enter Thailand,” Gen Prayut said.

“This will now include all countries to minimise infection so we can control it,” he said.

It is unclear when the new measure will take effect and how it will be enforced at various border points.

Since people cannot get tested for the virus in most places at the moment due to the high costs and shortages of test kits, the requirement is in effect a travel ban although the government stopped short of describing it as such.

“The measure aims to minimise the number of arrivals as much as possible,” said government spokeswoman Narumon Pinyosinwat.

Public Health Minister Anutin Charnvirakul also said the measure should discourage foreigners from travelling to Thailand. “We are enforcing strict measures so that it will be very difficult for them to come here.” …

The Health Minister should probably be more worried about the influx of illegal Thai workers that flood back into the country from various countries in Asia such as South Korea and Japan.

Thailand so far has 272 documented cases and 1 death. It’s widely assumed that there is a large grey area though and the cases are actually much higher since the count appears suspiciously low.

Yesterday I wrote about Thailand shutting down bars and entertainment venues for one month.

The requirement of providing a health certificate including a Corona Test not older than 72 hours will be a challenge for many (as it’s probably designed to be). COVID19 tests are mostly reserved for serious cases and not for people who want to go on a trip, getting a medical certificate that legitimately states a negative test will be hard to come by or end up being very expensive.

I was planning to go to Japan for a few days (which will also implement an immigration restriction starting Saturday) but given these news I decided to stay put in Bangkok at the moment and see where to go in late April.

Hotel rates have been taking a dive this week and it’s likely going down even more. Possibly we’ll see hotel closures like in other countries already.