As many tourists in Indonesia (especially Bali) scrambled of whether to return home or try and extend their stay amid the Covid19 crisis the Indonesian Immigration Department has published a blanket policy. 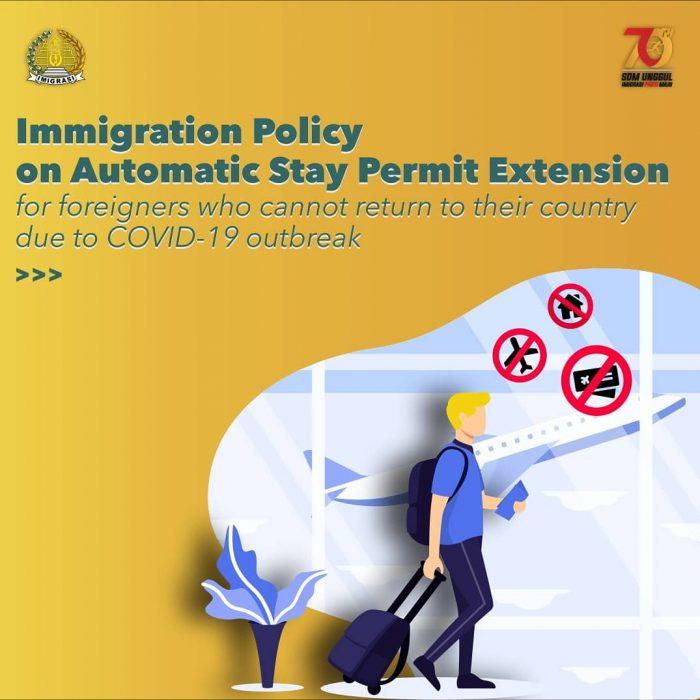 Indonesia for a few years now has a visa exempt policy that usually (unlike a real visa/visa on arrival) can’t be extended, however the authorities have now come up with an emergency policy,

Issues like these have been brewing in various countries in South East Asia that are popular with foreign tourists, especially Indonesia and Thailand where Visa Exempt entries are only valid for 30 days.

The reaction came after a large number of tourists have swamped immigration offices in Bali seeking to extend their current stays in order to circumvent possible overstay penalties.

In prevention of COVID-19 outbreak, visiting the immigration office is not recommended due to recent situation. Foreigners’ Emergency Stay Permits will be automatically recorded on our system.

After the immigration offices were quasi exhausted with requests, the authorities then published a decision on social media that would help them to solve the problem with a blanket policy. 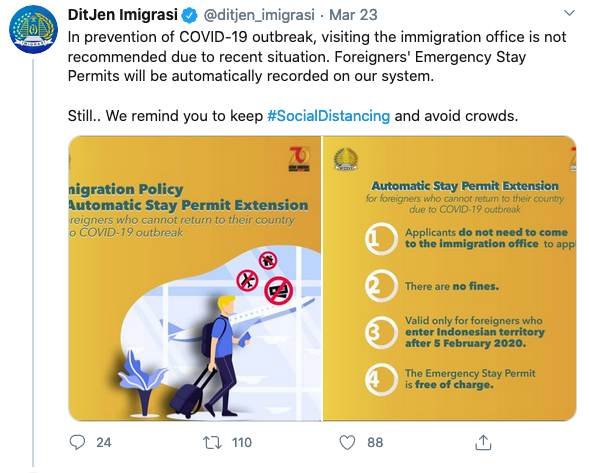 One Twitter user asked for clarification about his own situation and received a response from the social media team of the immigration account: 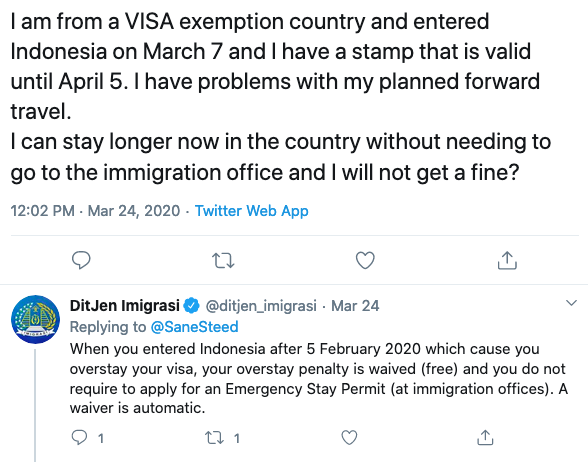 This is going to provide a lot of administrative relief for the authorities who would otherwise be confronted with thousands of applicants to process.

It also helps a lot since many tourists right now face uncertainty about the situation back home and I’d say that if one can afford an extended stay in Bali where hotel prices are reasonable that could be a better option.

However I always recommend to follow immigration rules and the visa exempt allowance is set to a maximum of 30 days and since 3rd May 2019, visitors who overstay their visa in Indonesia will face a daily fine of Rp 1,000,000, or roughly US$70, as per the Government Regulation No. 28 introduced in 2019.

Now this is being set aside for the time being. It’s unclear what happens to the overstay hard limit of 60 days after which mandatory deportation and blacklisting would occur.

In any case this new decision means all visitors in all parts of Indonesia can now stay with automatic extension provided they entered from February 5th onward.

Indonesia is the exception however, other countries such as Thailand still haven’t found a way to efficiently deal with the demand of tourists in the country to extend their stay.

In addition to banning all foreigners from entering the country since yesterday, their immigration department can be described as overwhelmed at best with thousands of people jamming the government complex in Bangkok daily and wait times of more than 8 hours. 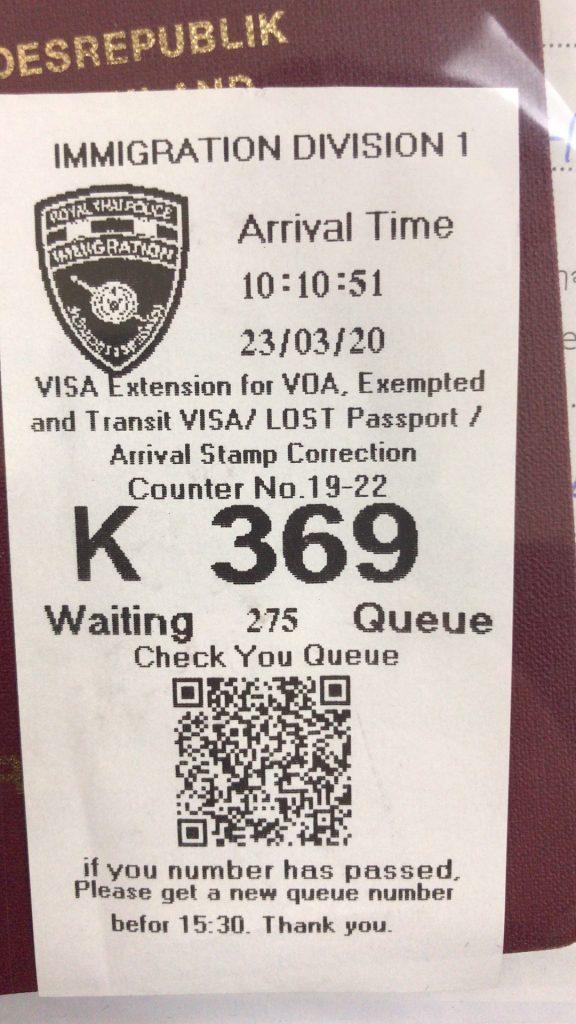 It remains to be seen if Thailand as well as other countries will come up with a similar solution as Indonesia. It seems pretty much impossible to effectively police a mass amount of people who can’t leave the country anymore based on the mass cancellation of flights by the majority of airlines.

Many travelers are likely hesitant to return to their own countries where the situation is presently more difficult than it is in Thailand, be it at an island resort or even in Bangkok. The same goes for Indonesia where there is still a calm at