US hotel occupancy rates are in free fall, according to STR. The occupancy last week dropped to 30% down 50% year-over-year and are heading lower.

The French hotels reached 3% occupancy last week (read more here), and during the coronavirus pandemic in China, most hotels that kept their doors open were in the low to mid single-digit range.

Here’s the release from STR:

HENDERSONVILLE, Tennessee—Showing further effects of the COVID-19 pandemic, the U.S. hotel industry reported significant year-over-year declines in the three key performance metrics during the week of 15-21 March 2020, according to data from STR.

In comparison with the week of 17-23 March 2019, the industry recorded the following:

“RevPAR decreases are at unprecedented levels—worse than those seen during 9/11 and the financial crisis,” said Jan Freitag, STR’s senior VP of lodging insights. “Seven of 10 rooms were empty around the country. That average is staggering on its own, but it’s tougher to process when you consider that occupancy will likely fall further. With most events cancelled around the nation, group occupancy was down to one percent with a year-over-year RevPAR decline of 96.6%. The industry is no doubt facing a situation that will take a concerted effort by brands, owners and the government to overcome.”

Many hotels in the United States have closed or are in the process of. It is difficult to operate even when laying off most of the staff if your occupancy rates are in the single digits.

It is interesting to see over the next few weeks if the occupancy rates drop in the US as low as in other parts of the world and how many hotels suspend their operations. 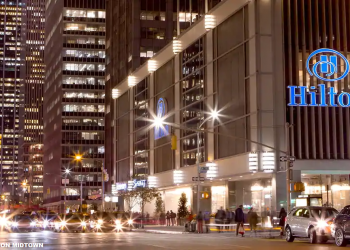