China yesterday invalidated (read more here) all visas issued to foreign citizens, including those with residence permits and APEC cards. 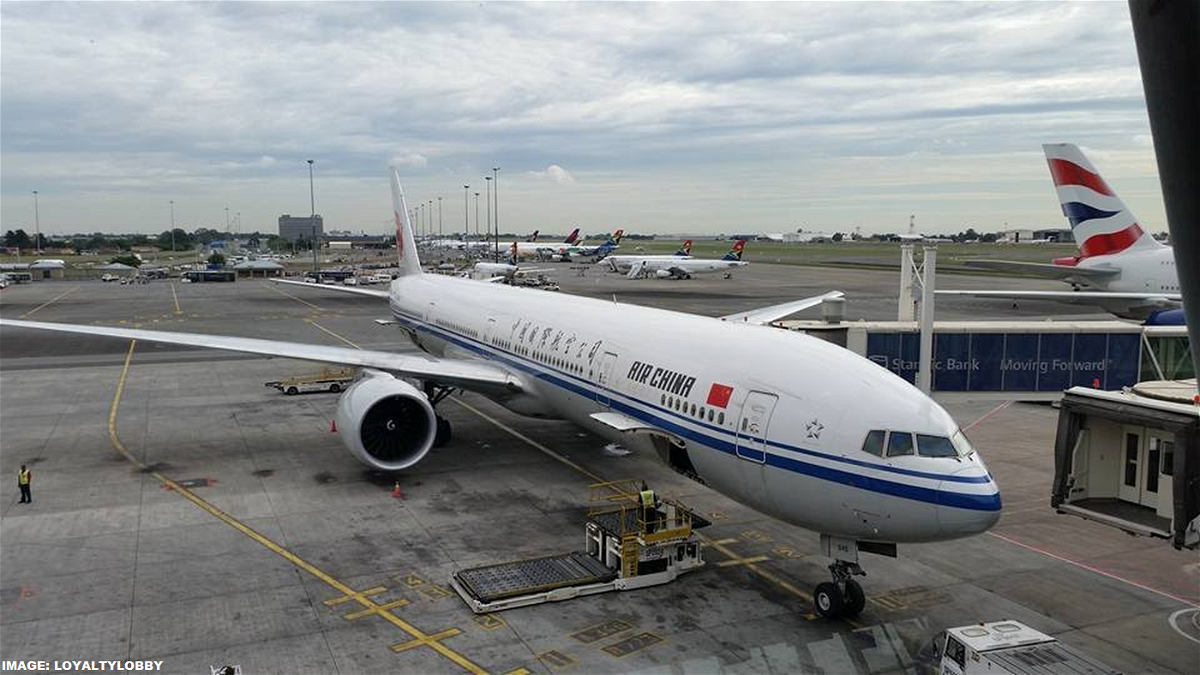 There is also a new transit ban coming in effect on March 28, 2020, and airlines have been ordered to reduce international flights.

Non-citizens are not allowed to transit via China effective March 28, 2020. Chin has also ordered foreign and domestic airlines only continue one flight per week to each international destination with load factors of 75% or less

Every foreign airline will be required to maintain only one air route to China and operate no more than one flight a week starting Sunday, the Civil Aviation Administration of China said in a circular on Thursday, in the latest move to cut international passenger flights and curb imported novel coronavirus infections.

Domestic airlines also are asked to retain only one air route with each foreign country and operate no more than one flight a week starting Sunday, according to the circular

Flights to and from China should carry no more than 75 percent of the passengers that they are licensed to carry, the circular said.

And here’s the order from the CAAC: 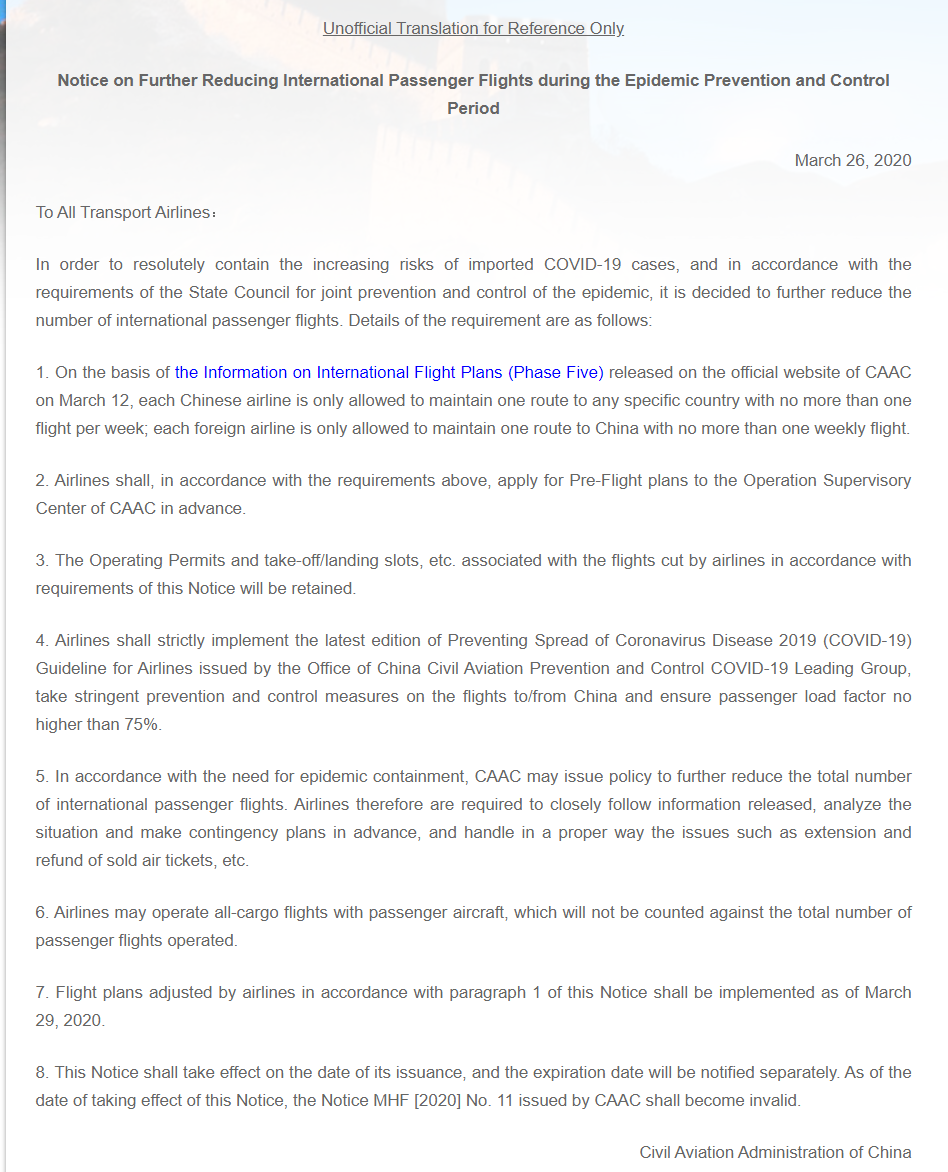 Most of the international travel has come to a complete halt already only citizens allowed to leave or enter. It is interesting to see how long these restrictions will be in place.

Regrettably, the little connectivity there is left on the system is rapidly removed.