Travelers in Thailand who are seeking to extend their tourist visa have to seek out their local immigration office and the Bangkok Immigration Division 1 was so overwhelmed during this last week that they now outsourced the processing to an off site building.

Yesterday I wrote about Indonesia granting all travelers an automatic extension for free but those familiar with Thailand already imagined that this is unlikely to happen there.

Visitors to Thailand typically receive a “Visa Exempt” stamp valid for 30 days or the regular duration of stay as issued per their visa.

It is possible to extend these stays at least once but for that one needs to head a local immigration office and lodge a quite simple application but these days due to many tourists trying to stay put in Thailand rather than traveling back home or to another country where they currently can’t enter these immigration offices are choked.

You can check yesterdays article about a similar situation in Indonesia where the government decided to just make it easy for all parties involved and come up with a blanket policy to automatically extend all visas/exempts that came in after February 5th.

Well this being Thailand everyone knew something like that ain’t going to happen. Hell will freeze over before the Thai government give up on money and paperwork even if that means putting their own staff in the Corona-firing line, exposing them to hundreds if not thousands of people every day.

I also decided to extend my Thai entry visa as I initially planned to go to Japan today which is no longer possible due to their entry and quarantine restrictions.

When I went to that office on Monday morning 8am there were already in excess of 1000 people. I was able to finally secure a WAITING NUMBER at 10:10am. I came back at 15:30h and was done there another two hours later at 17:30h. It was pretty insane with people everywhere.

At least I was able to get my visa extended. 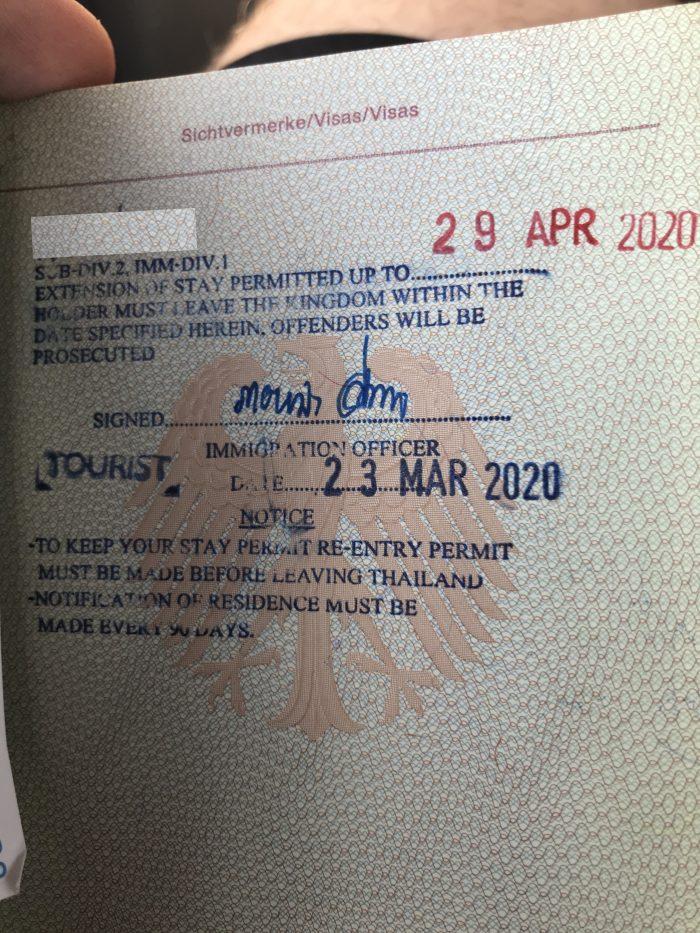 Turns out I was there on the right day, even though it was already pretty bad. As the Bangkok Post reported the situation got so bad since Monday that Bangkok Immigration Division 1 has now been outsourced to a different government building far away from the main location.

A temporary immigration centre has been opened at the Central Investigation Bureau in Muang Thong Thani estate in Nonthaburi province to relieve congestion at the Government Complex on Chaeng Watthana Road.

Immigration spokesman Pol Maj Gen Surapong Chaijan said on Thursday that opening of the temporary office would ease crowding and facilitate social distancing in queues, a necessary step to control the spread of coronavirus disease.

It would provide a range of heavily used services such as 90-day reports and visa extensions for foreigners, and 24-hour reports on accommodation.

At Immigration Bureau’s Division 1 on Chaeng Watthana Road on Wednesday, the queues were so long that people were forced to wait in a nearby compound that once housed a now-shut down market. …

For the first time extension travelers can go here and present their passport together with an application page (available there) and a passport photo. The form requires you to state a current address and one should be prepared to show proof, ideally a confirmation letter of the hotel. In the very least a printout of the hotel reservation.

Phuket News reported that foreigners who wish to extend their visas (or an extension of their first extension) now require a supporting letter from their embassy stating that the extension is due to COVID19 and lack of flight options home. 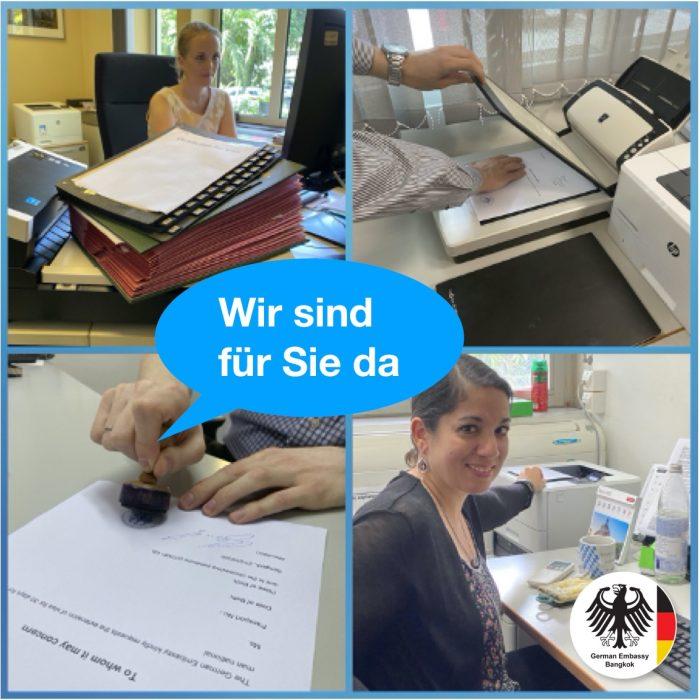 Most embassies in Thailand such as from the UK, US and Germany have published instructions on their social media channels.

Some write that this form is now needed for ALL extension applications, others say that it’s not required for the standard first time extension. I would monitor this via google search to get an up to date insight about this.

According to the Phuket News article

Lt Col Udom also confirmed that B500 a day fines are being levied on any people who remain in the country after their permits to stay have expired.

Thailand has overstay fines in place amounting to 500 THB per day of overstay, maxing out at 20,000 THB no matter how many days one overstays, however there is a caveat to that. While one can overstay up to 3 months and simply pay the 20k THB (~ US$600), anyone that overstays longer than 3 months is subject to a 1 year ban from entering Thailand.

Also, if “caught” outside an airport while overstaying one faces arrest and a ban of 5 years following deportation. Considering the current situation (emergency decree) a passport check could very well happen so I suggest to have visa/passport in order.

The new location for Bangkok is near the Impact Arena close to the old Don Mueang Airport: 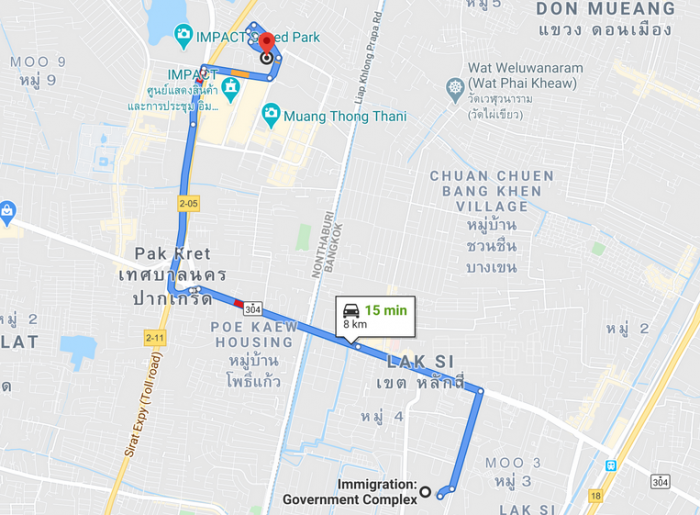 To be really frank about this I think the way that Thai Immigration handles these visa matters just to make sure everyone pays his 1,900 THB extension fee is nothing else than a sh*t show. Indonesia really established a benchmark here how every country should do it.

Currently the options to leave Thailand for those who want to are a bit narrow. Korea seems to still be ok as is of course the return back to ones home country. I suggest this chart from Korea Air kept up to date with daily updates to explore travel options worldwide. 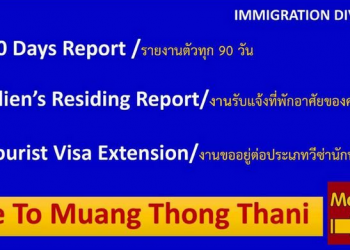