Japan Airlines just sent out an email blast to all customers that their reservation centre and JAL Mileage Bank customer service in Europe will be closed effective immediately. 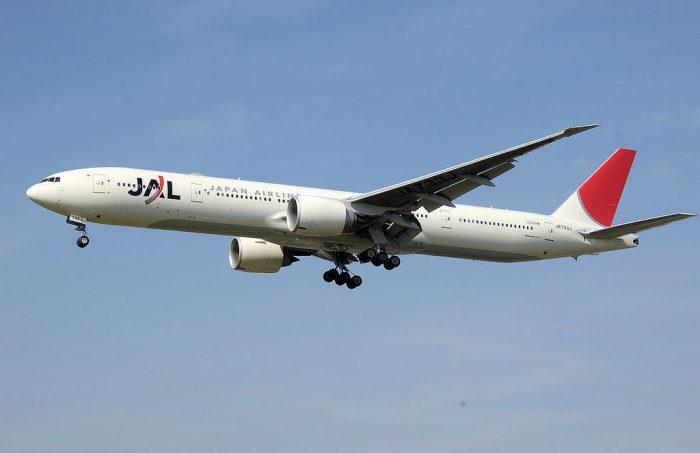 According to the email calls will be routed to their Japanese callcenter and from now on only available for 3 hours per day 8am-11am GMT.

One would think that with all these route suspensions and cancellations the demand to speak to someone from the airline is greater than every but apparently JAL took the liberty and just shut down their European operations altogether.

Following our email earlier this week, we would like to give you an update on our contact centre operation during this difficult and uncertain time.

We want to reassure you that we are doing everything we can to keep our call centre open. However, we have made the difficult decision to temporarily close our European Reservation /JAL Mileage Bank Centre in London, UK, and re-direct your call to our call centre in Japan.

Therefore, from April 2nd, 2020 until further notice, we are limiting our opening hours from 8 am to 11 am (UK time) and available only in English and Japanese.

The telephone numbers and the charges to call are unchanged.

As we are currently experiencing high call volume at JAL Call Centre, you may experience a greater hold time than usual or may not be able to connect. If it’s not an urgent case, please call us when it gets closer to your departure date.

We apologise for any inconvenience caused and appreciate your understanding and continued support.

So JAL already expects a massive amount of customers trying to call, warns people they might not even be able to connect and their first approach to this situation is to shut down their European call center and routes calls for THREE HOURS daily to their Japanese call center. Incredible.

The sudden surge of customers trying to call Japan Airlines has increased as JAL announced massive reductions in their schedule due to the impact of COVID-19 and also newly tightened Japanese immigration rules which make it pretty much impossible for most foreigners to enter Japan at the moment.

Additional designation of areas subject to the entry ban

Designating the entire countries and regions listed below as areas subject to the entry ban. Banning the entry of foreigners who have visited the areas within the last 14 days unless there are special circumstances: 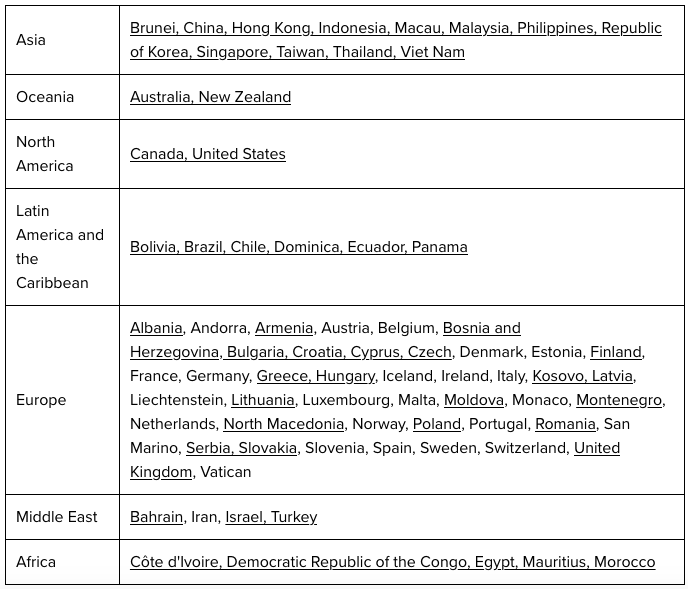 *The measures described in the listed above with underline will be implemented from 0:00 am on April 3 (Japan Standard Time (JST)) and remain in place for a period. The measures will also be applied to those who will depart before the launch of these measures and arrive in Japan after their introduction.

There is no end for this “period” given so one can expect that it’ll be a while until it’s lifted again. Definitely not before early May or even June.

In addition to that Japan has also cancelled the visa waiver program for specific countries and all visas previously issued in certain countries: 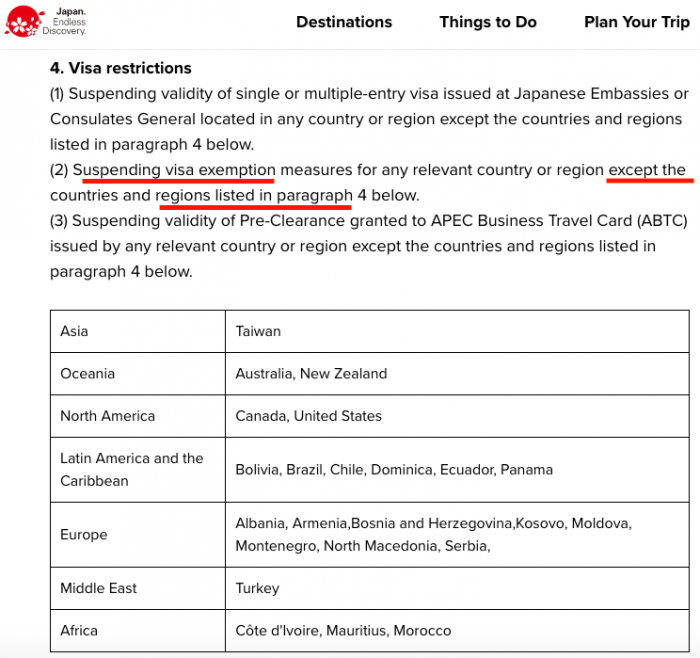 While the visa exemption option is still in place for many nationalities such as Australia, Canada and the U.S. the ban on anyone coming in who visited these same countries as well as most other countries in the region makes it quasi impossible to go to Japan at the moment.

I guess if you stayed in countries such as Argentina, Mexico or Myanmar in the last two weeks they would still let you in – subject to quarantine rules.

I think it’s an ill fated attempt of cost cutting by Japan Airlines to reduce availability of their customer service in times where the demand is higher than ever before. People will be frustrated and angry which doesn’t bode well for the future.

As far as the immigration rules for Japan are concerned they are becoming a hot mess with all their exemptions and restrictions. I’m not sure what the Japaese expect to accomplish with this, why not ban everyone outright just like Thailand and Singapore did? There is also no timeline provided for anything.

Airfare of the Day [Business Class] JAPAN AIRLINES New York to Jakarta from $2,330