Thailand Extends Temporary Ban On All International Flights Until April 18, 2020

On Friday the Government of Thailand and CAAT Aviation Authority have decided to ban international flights to Thailand until midnight today but this has just been extended until at least April 18th 2020. 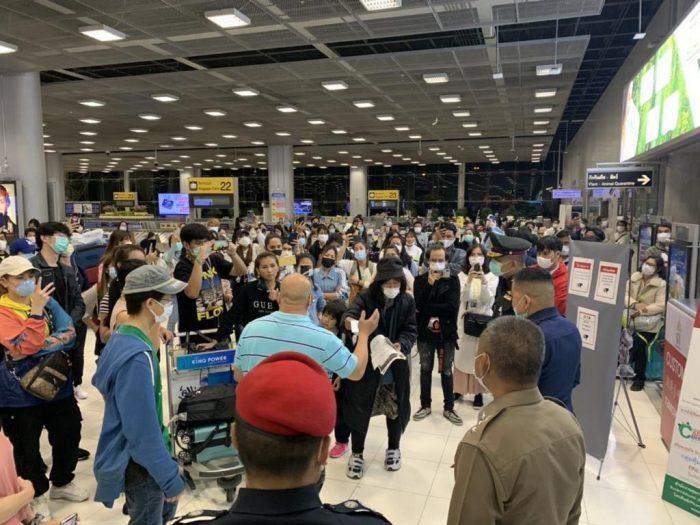 The initial ban followed an incident at BKK Airport after over a hundred arriving Thai passengers first refused their quarantine orders after which some simply ran away and others were eventually let go to their homes.

This will throw many airlines schedules and the plan of many tourists planning to return home on Qatar Airways and remaining carriers such as EVA Air into limbo since regular flights will no longer be allowed to operate.

Repatriation flights organized by other governments and local embassies will not be affected by this measure and still operate.

Extension of temporary ban on all international flights to Thailand

2. The ban does not apply to state or military aircraft, emergency landing, technical landing without disembarkation, humanitarian, medical or relief flights, repatriation flights and cargo flights.

3. The passengers on board the aircraft leaving the airport of departure before the entry into force of the Notification will subject to 14 day quarantine under the contiguous disease law and the regulation under the Emergency Decree on State of Emergency

Another last second decision. I have two friends who were booked on a Qatar Airways flights tonight at 2:10am but this flight is now off the charts as well.

It was to be expected that there will be additional stricter measures so this doesn’t come as a total surprise. I just wish it wouldn’t be done in a salami tactic so that everyone involved could have some planning assurance. That being said there have been plenty of repatriation flights offered by a number of governments so that was certainly a way out for those eligible.

As far as visa issues are concerned the Thai government is still mulling over a blanket visa extension policy but even though this has first been brought up more than a week ago there still isn’t a decision and they have been demanding foreigners to proceed to the immigration infection center in the thousands to apply for visa extensions (with many being turned away due to overcrowding).

Airfare of the Day [Business Class] AMERICAN AIRLINES Amsterdam to Honolulu from 1,555€