Norwegian Air is in the process of trying to convince bondholders and aircraft lessors to convert $1.2B debt into equity. The airline is holding an extraordinary general meeting on Monday next week. 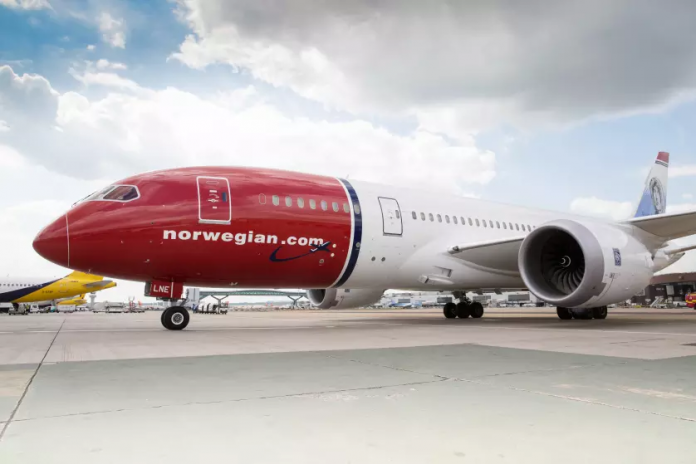 The airline currently operates only 7 aircraft down from 147 and has 200 staff members. Norwegian stopped paying all but non-essential bills and will run out of cash by mid-May. Airline’s crewing subsidiaries have filed for bankruptcy (read more here), and contracts with partially owned staffing companies terminated.

Norwegian plans to operate only domestically until the second quarter of 2021 and have a full schedule from 2022 using 110 to 120 aircraft. The airline estimates to have enough liquidity for 6 to 9 months if parties agree on debt to equity swap.

Here are some of the more interesting pages: 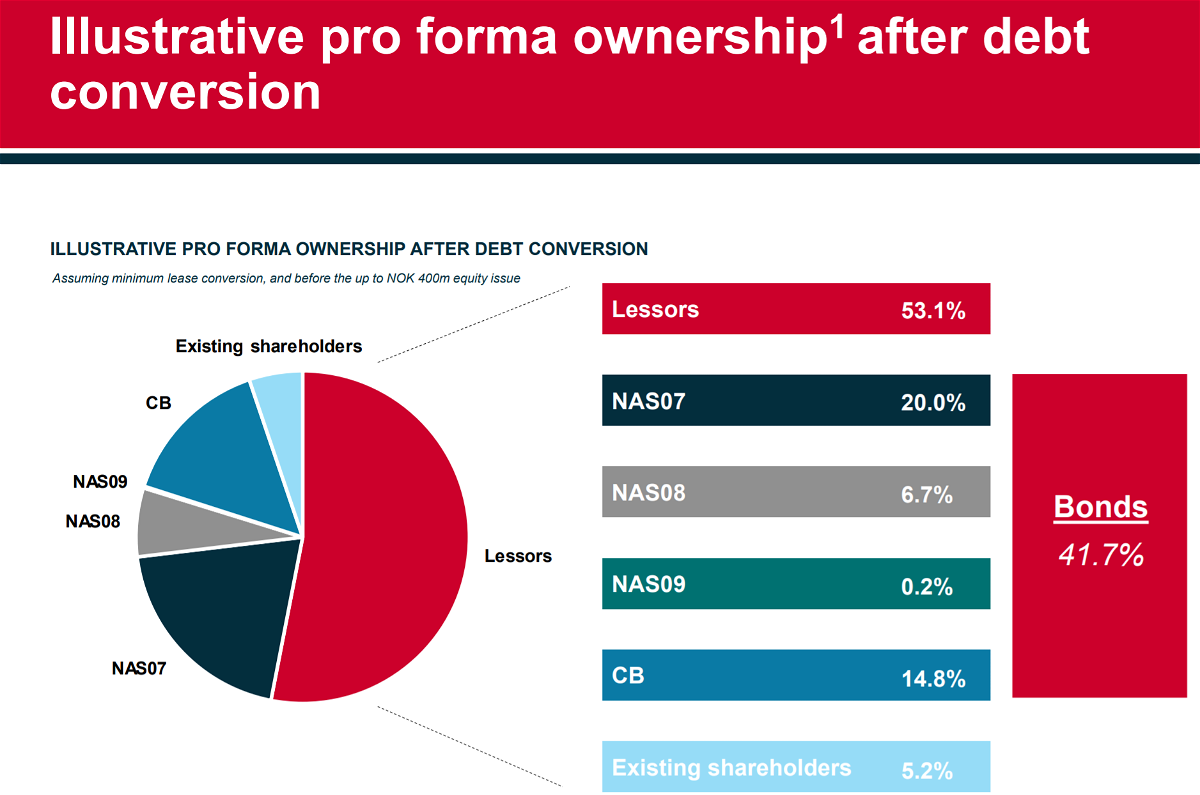 The existing shareholders would control 5.2% of the equity while lessors 53.1% and bondholders 41.7%. 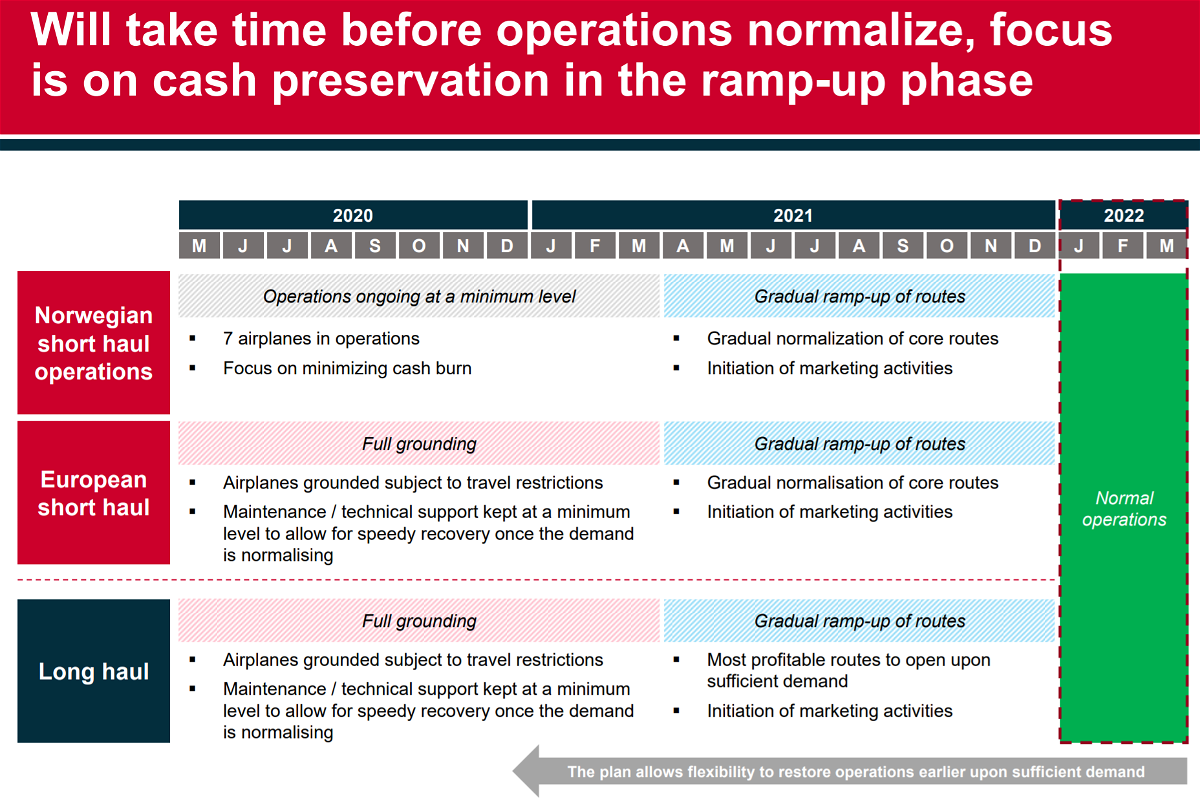 The airline’s all other than Norwegian domestic operations would be grounded through April 2022. 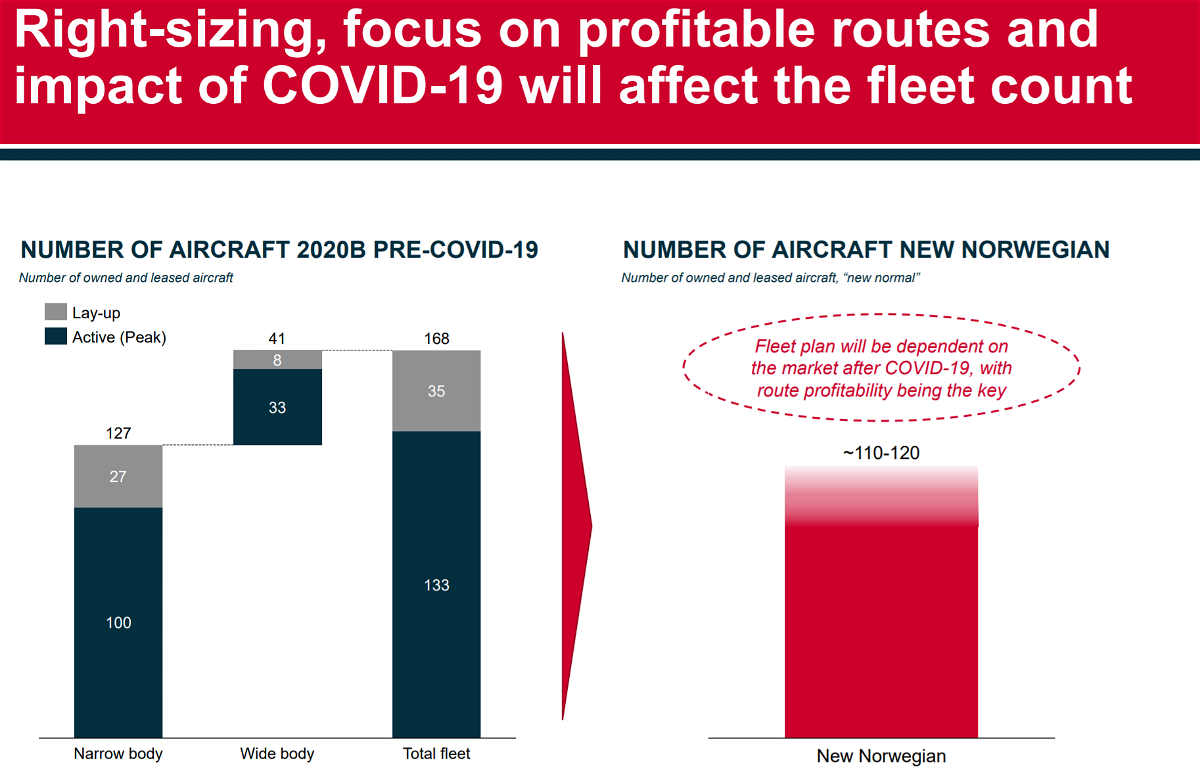 New Norwegian would shrink roughly 30% from its current size. 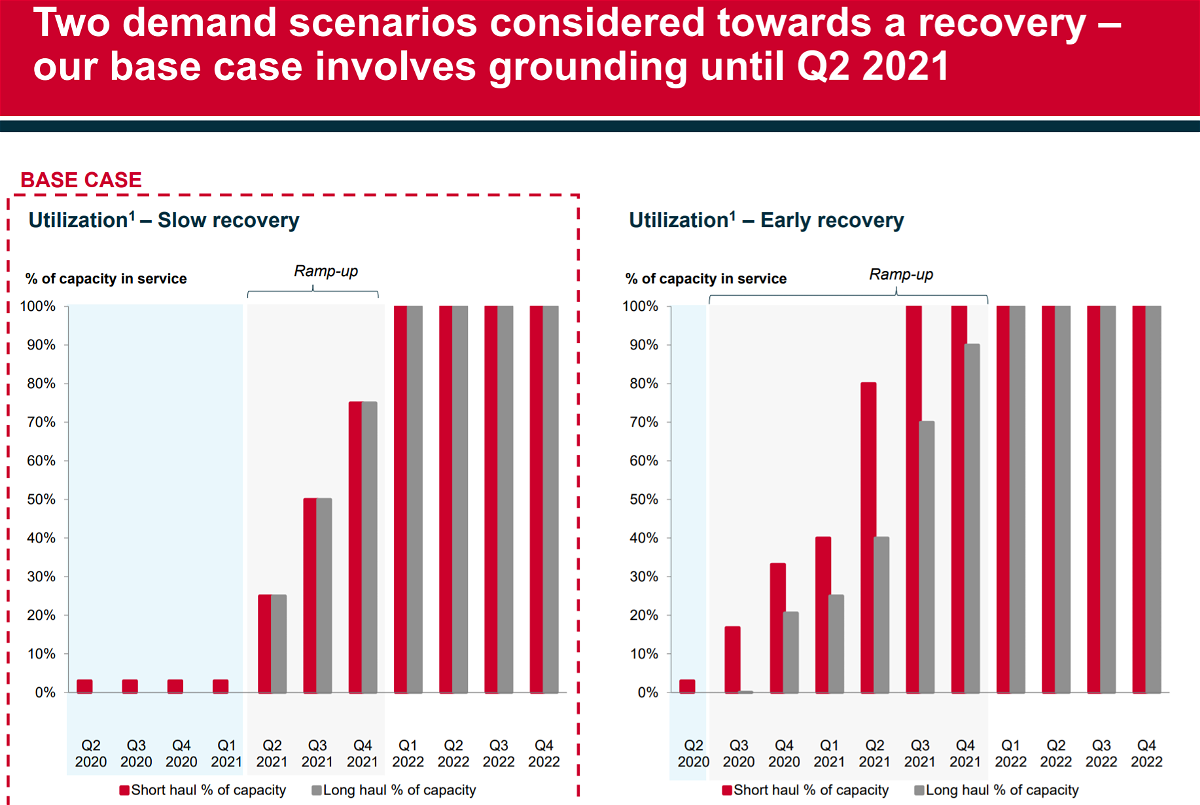 I would say that even the Base Case is very optimistic and not grounded in today’s reality. 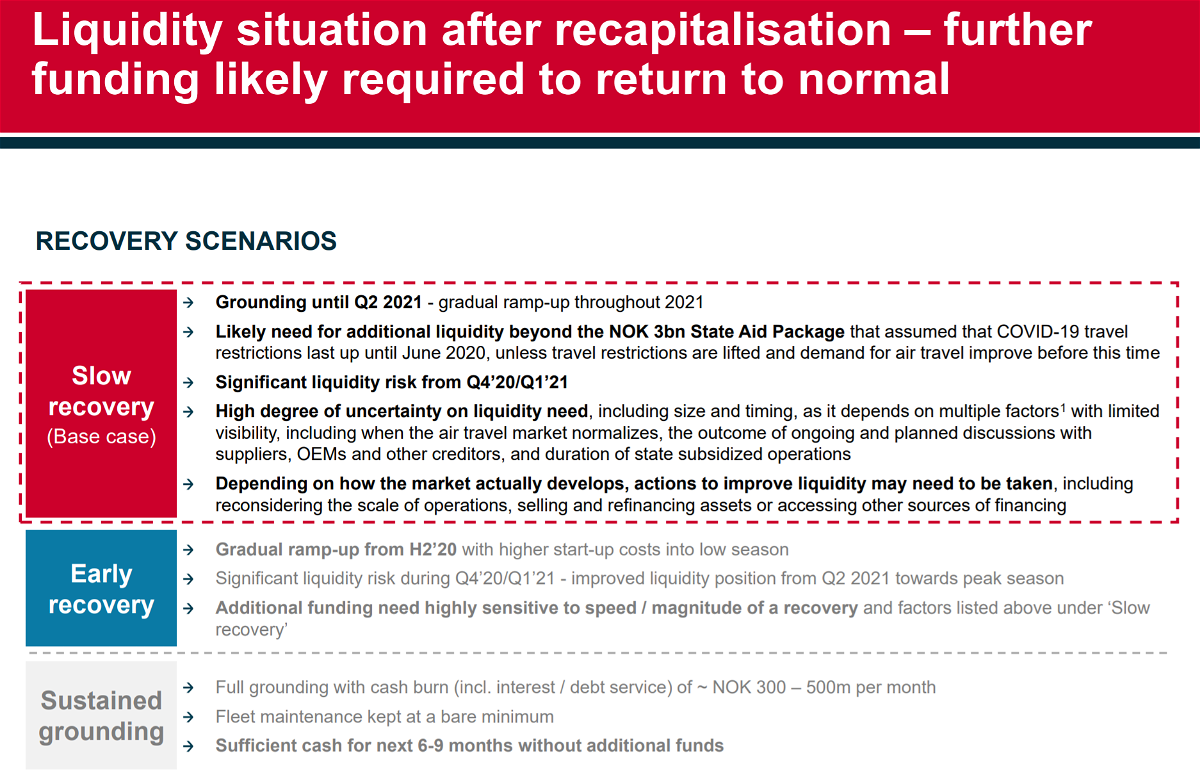 Difficult to see how this plan would work without extra capital.

Norwegian plans to continue long-haul flights to the United States under this plan. It also predicts that the airline would return to “normal” operations using fewer aircraft in 2022.

Not sure if bondholders and plane lessors have better options than to accept this plan that could work, however small possibility that is.

The plan also relies on air traffic returning to some level of normalcy, and that entry and travel bans are withdrawn in due course.

I certainly hope that Norwegian survives, but it remains to be seen if they can return to long-haul flying (and if they can find other parties than the Norwegian government to guarantee or lend some extra cash).

Airfare of the Day [Business Class] DELTA/KLM Helsinki to New York from 1,210 €