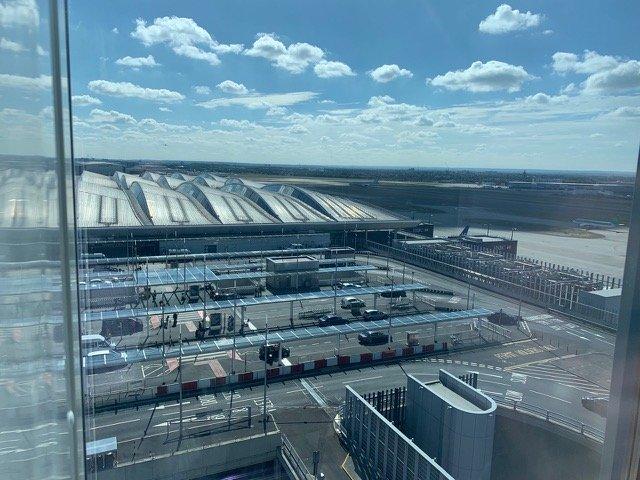 It’s no secret that airports all over the world are struggling to operate not because there are too many passengers but because of how few there are at the moment.

Running a full operation for just a few thousand passengers a day (if at all) is extremely costly and airports are being primarily paid based on the amount of handled flights/passengers plus of course concessions such as shops and restaurants, many of which are already closed.

All airlines have temporarily relocated from Terminal 3, which marks the temporary end of passenger operations in T3.

From Sunday 3 May, the following airlines will temporarily relocate from Terminal 4 to Terminal 2.

All passenger operations in Terminal 4 will be temporarily suspended Sunday 3 May, with rail operations suspended from Friday 8 May.

It is very important that those passengers who are using Heathrow for essential travel click through to our Which Terminal guide below, and keep in touch with their airline to confirm which terminal their flight departs from before travelling to the airport.

Consolidating airlines into the main terminals for the time being makes a lot of sense to not have large ghost towns that still require lots of staff to be kept online. This measure keeps terminals 1,2 and 5 operational while cutting 4/5 out.

British Airways will apply the same principle for their operations at Gatwick Airport which they have already announced to wind down, possibly never to return.

Most recent reports by the BBC paint a dark picture for Gatwick even past the pandemic.

British Airways has told staff that its Gatwick airport operation may not reopen after the coronavirus pandemic passes.

The admission came in a memo, written by the head of BA’s Gatwick hub and seen by BBC News.

BA’s Gatwick operation, which is currently suspended, is roughly a fifth as big as its Heathrow hub. …

In the memo to Gatwick’s staff, the company says: “As you know, we suspended our Gatwick flying schedule at the start of April and there is no certainty as to when or if these services can or will return.” …

BA has been flying from Gatwick for decades. Before its merger with BOAC in 1974 to form BA, BEA flew its first routes from the hub in 1950.

For someone who doesn’t live in London, the operations from Gatwick never made a lot of sense to me. There were in fact quite a lot of flights that left LGW and it was the only way to reach certain destinations such as many in Southern Europe.

As a passenger who would need to connect the only option was to make an airport transfer which is an absolute pain in the neck and takes longer than the flight itself plus the cost and time buffer you have to factor in. It’s about time such nonsense is being stopped and flights are concentrated at LHR.

I expect the Heathrow Terminals to reopen again once traffic picks up although right now it’s uncertain to put any reliable timeline up when that might be. Maybe just a month or two, maybe 5-6.

Heathrow isn’t the only airport taking such drastic steps, a few days ago I wrote about Berlin being in the final stages of shutting down their entire Tegel airport half a year ahead of schedule and moving all remaining operations to the old Schoenefeld Airport next to BER which is scheduled to open late November.