Good news for Bangkok Airways and their customers as the airline has just announced they will resume services to Koh Samui with twice daily services from May 15th 2020. 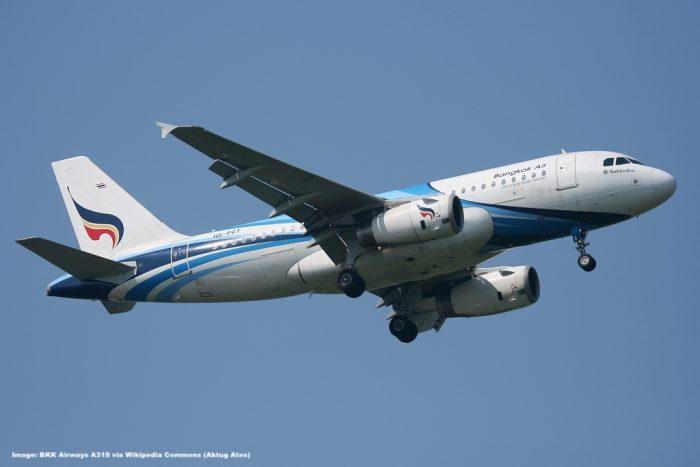 Bangkok Airways will be the only full service carrier serving routes in Thailand as Thai Airways and Thai Smile remain grounded for the time being.

The carrier had initially announced that it will suspend all domestic flights from April 7 until at least April 30, 2020 which has then been extended until further notice (which came accordingly).

The small boutique carrier Bangkok Airways, mostly known for their frequencies between Bangkok and Samui but also operating a greater range of domestic and a few international destinations was therefore effectively grounded.

Bangkok Airways Public Company Limited will resume domestic flight operations from 15 May 2020 onwards with Bangkok – Samui (round trip) twice daily service to serve passengers in need of travel. All flight operations will strictly comply with safety measures and social distancing guidelines set by the Ministry of Public Health and the Civil Aviation Authority of Thailand. The reopening of airports in Sukhothai and Trat and Bangkok Airways’ other routes will be announced later.

The health and safety measures will include seat distancing onboard, suspension of in-flight food and beverage service and consumption of personal food and drink is not allowed onboard. All crew members will be wearing masks and gloves when on duty and passengers are required to bring and wear protective mask at all times during flight.

Samui Airport will also resume daily operations on 15 May 2020 from 08.00 hrs – 19.00 hrs. The airport has put in place health and safety measures and social distancing practice in compliance with the regulations by the Ministry of Public Health and the Civil Aviation Authority of Thailand to ensure highest level of safety for all passengers and staff. …

The prices for the flights are in fact reasonable:

I don’t expect there to be a huge demand at first depending on the restrictions on Koh Samui itself. For example I checked a few hotels such as the Intercontinental Samui and they only open on June 1st.

Apparently for those travelers who stayed in Bangkok during the last 14 days do not require a quarantine.

A couple days ago I wrote about other airports in the country are slowly opening up as well. Phuket is officially closed until the 15th even though as of now I haven’t seen any option to book flights from that date.

There is still no word from Thai Airways when they will resume domestic flights again despite officials denying the rumor that was going around which said TG’s domestic fleet would be grounded until October.

This bodes well for the overall easing up of restrictions and opening up of Thailand to foreign tourists in general. All countries and especially destinations who rely to a large degree or entirely on tourism are taking a heavy economic blow in these times.

I’m glad Bangkok Airways is taking to the skies again, giving the company and their employees a path forward in these difficult times.

Bangkok Airways HALF PRICE Promotion Is Now Live For Bookings – And It’s Really 50% Off!

Bangkok Airways Registration for HALF PRICE Promotion Opens At 8am on Wednesday, 24th March