Several European Airlines are moving away from their “bare bones” schedule and are beginning to put together a comprehensive schedule for June services after many countries are now beginning to ease up their lockdown and restrictions. 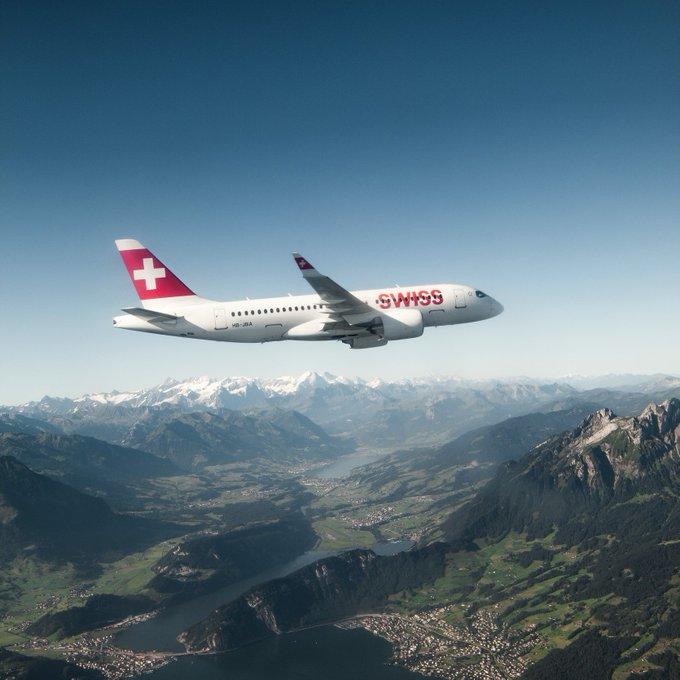 Meanwhile intercontinental flights remain largely on the back burner for now though some international carriers such as Qatar Airways and ANA/JAL have retained regular flight connections.

It’s pretty clear that this situation of all flights grounded would not last forever and that at some point people want/need to fly again irrespective of what the overall sentiment is.

For the airlines themselves it’s not just a question of providing a basic service but considering their heavy losses to date they need to get the company going again and signal that flying is going to continue. The earlier airlines resume some form or normal operations the better it is.

Here is a Tweet from Swiss that their June schedule will be padded with a variety of flights again:

In the coming days and weeks, entry requirements of various European countries will be gradually open. This leads to an increased demand for air travel. SWISS therefore plans to substantially expand its services with the June timetable, in line with the respective entry requirements. “We plan to resume around 15-20% of our original services in June, and are very pleased to be able to offer Switzerland greater connections to the world,” says SWISS CEO Thomas Klühr. SWISS plans to operate approximately 140 weekly flights from Zurich to 30 destinations in Europe, and approximately 40 weekly flights from Geneva to 14 destinations in Europe. The airline will still serve the three weekly long-haul flights to Newark in the USA, further intercontinental destinations will be added in June. In addition, SWISS and its Swiss WorldCargo division will continue to operate their cargo-only flights to various destinations globally.

The changes and additions to the June timetable will be published shortly in all the booking systems. The expansion of the flight schedules is taking place step by step, following the needs of the customers.

Of course the entire schedule of an airline is contingent upon approval by local governments, in other words landing rights and most importantly borders willing to accept foreign arrivals.

Most countries outside the European Union (who also accept EU citizens and legal residents exclusively) have currently still locked up their borders. This includes countries such as Australia, Canada, Japan, South Korea, Thailand and USA which is pretty indicative for intercontinental travel being pretty much dead until these countries open up again.

With Thailand easing up most restrictions now and Thai Airways at least being schedule to start flying again from July 1st one can hope that these are signs for the possible reopening of their borders and an indication of how things are going in Asia. My personal preference would be Bali, Japan, Malaysia and Korea to open again. Of course traveling there only makes sense without stringent quarantine rules.

Lufthansa also has an interesting Tweet about resuming flight operations:

With the gradual easing of travel restrictions, we will update our flight plan to include enticing destinations in high demand, to finally allow you to get out and explore the world again. We are preparing to resume travel soon https://t.co/koOEmIxgIc. #Lufthansa pic.twitter.com/TdyCYZRgUq

Lufthansa cites a survey they conducted saying 94% of survey participants would like to fly again, 74% in 2020 which – considering we just have May – doesn’t take much imagination. What else are people supposed to do for the next 7 months, commute between their couch and the supermarket?

British Airways has also upkept many of their connections and currently bundled all flights from London at Heathrow Terminal 5 while BA’s Terminal 3 as well as Gatwick operations have been suspended.

I’m glad that we’re finally seeing things to move in the right direction again and that it’s possible to travel in the foreseeable future. Pending government regulations one has to decide when it’s the right time to go flying again and this will largely depend on quarantine rules, immigration restrictions and other personal commitments such as work or family.

What I’m not going to do is parrotting to other adults “now is not the time to travel…” or similar slogans you can hear all over the place right now. I do believe that adults are mature enough to use their own common sense and pair that with considering the advise of their local health authorities. Hopefully it won’t take long until we can all enjoy flying again, either regionally or even on long haul routes.