The operators of Berlin’s Tegel Airport have informed their contract partners which include airlines, service companies and concessions that they have applied for and expect full closure of TXL as per June 1, 2020. 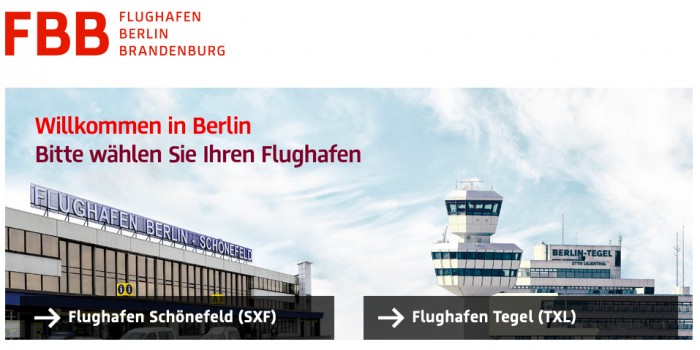 Two weeks ago I wrote about discussions of the operators and management to apply for “temporary” closure of the airport as of June 1, 2020 as traffic dropped to 1% of previous levels.

LoyaltyLobby was able to see an internal letter signed by the top management of FBB who runs all Berlin Airports announcing the step which was already expected for the past two weeks.

The letter sent to all contract partners on May 13th and reiterates that the closure measure is temporary until July 31, 2020 but the option exists to extend this period indefinitely as per requirements.

All operations will move from Tegel to Schoenefeld Airport which is located right next to the new BER Airport, a considerable distance from the city center. Schoenefeld has been used for budget carriers in recent years and is a relict of the old Soviet Sector and later East Germany (GDR) and was actually pretty much state of the art at some point in time.

I consider it highly unlikely that Tegel Airport will ever open again once closed considering the timeline of the BER Airport finally set to open on October 31st 2020.

Here is an excerpt translated from the letter which I can’t publish here as it came from a personal source:

After scanning through some flight options currently bookable Lufthansa has still schedule all their June flights to Tegel just as they did two weeks ago. There is no official notice on the Berlin-Tegel airport website either.

The only infos on the website are about measures against Coronavirus but nothing about the closure of the entire airport.

With this decision the days of Tegel Airport could come to an abrupt end. The terminal which was built in 1974 and back then an architectural masterpiece has fallen victim to decay and neglect in recent time. Airport operators had expected to leave these facilities years ago but the nine year delay of the BER have forced them to patchwork the terminal defects as much as possible and keep operations going. The only real danger now is if the BER doesn’t open as planned in late October for whatever reason and all operations in Tegel have been wound down already to a point of no return. Then what?

While certainly being an eyesore, the convenient access to Berlin after arriving by plane has seen it’s day once the doors close at Tegel. Time will tell how those who have frequented TXL a lot in the past are going miss the airport or be glad that it’s gone.

Airfare of the Day [Business Class] DELTA/KLM Amsterdam to Los Angeles from 1,184 €