Finnair is going to release its traffic plan for July 2020 – March 2021 tomorrow on Monday, but it has already been leaked to the internet.

The airline intends to rebuild the network slowly, and there are possible adjustments made based on the demand and possible travel and entry bans. 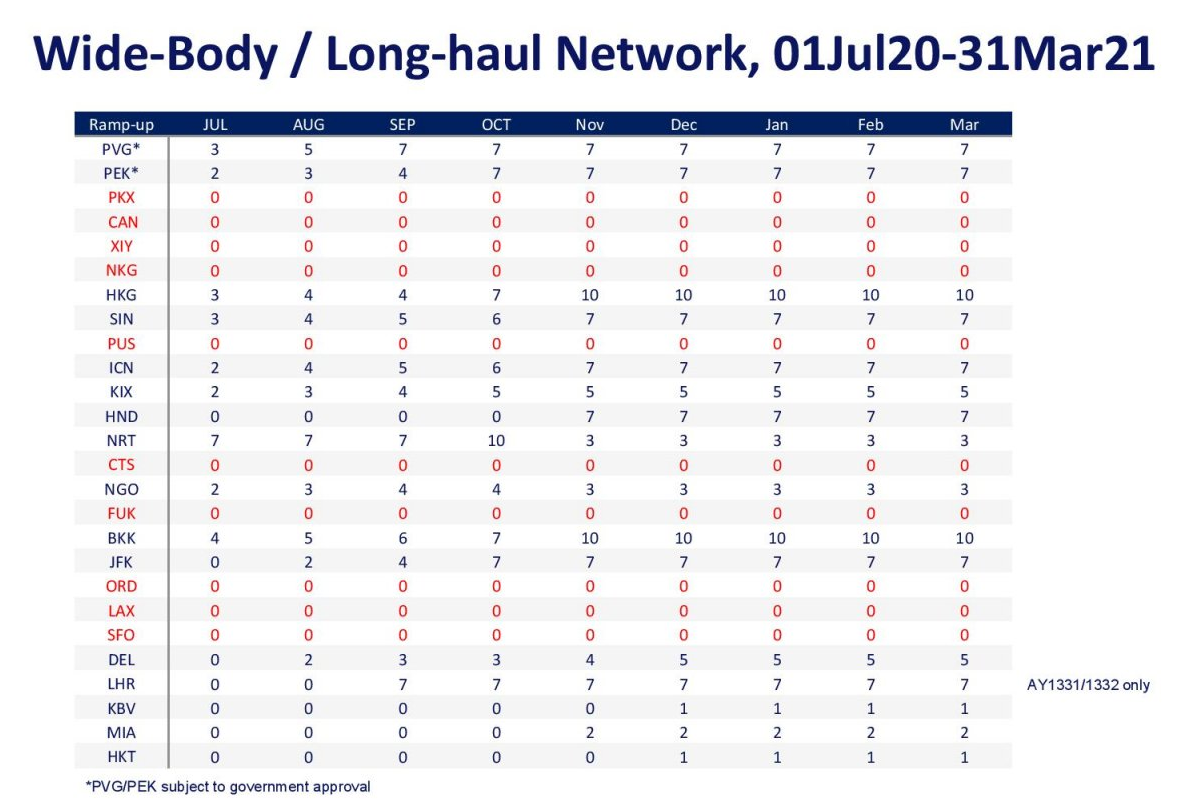 The airline doesn’t plan to return to Chicago, Los Angeles, and San Francisco during this period, and only have two weekly frequencies to Miami starting November.

Fukuoka, Sapporo, Pusan, as well as four Chinese destinations of PKX, CAN, XIY, and NKG are axed.

This is probably not a final version because short-haul aircraft cannot operate to Osaka (KIX) or Sapporo (CTS).

Finnair continues to serve the business routes but is dropping quite a few domestic airports and leisure destinations.

There is not a single airline that can have a fixed schedule more than a couple of weeks out unless they have grounded the entire fleet and don’t have any activity considering the bans and restrictions still in place. However, some limits are bout to be relaxed, but the level of consumer and business demand is unclear.

There is always the possibility of the second or third wave of Covid-19, and I am sure that countries are then even faster at closing their borders from incoming traffic.

Finnair has been one of the better-financed airlines in Europe and is having an equity injection from the Finnish government (majority-owned by the state), and it also has untapped credit lines.