After several airlines had announced to restart their China flight services and even sold tickets for flights, signals are coming that the government will extend the current restrictions until October 1, 2020. 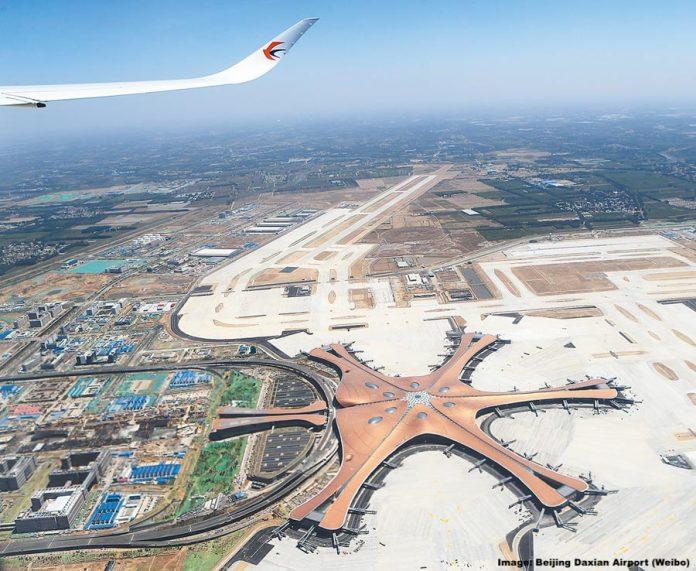 Currently China allows only highly restricted air traffic of one flight per week, per route/airline which makes it difficult to operate a proper schedule.

Air traffic within/to/from/via China has been on the down low ever since the COVID-19 outbreak in Wuhan began to spread and the government basically locked everything down.

This created lots of problems including repatriation of foreign tourists and Expats as well as Chinese citizens overseas returning home.

While immigration restrictions remain largely in place with only limited exceptions for foreigners being granted to enter China (such as top management of foreign companies vital to local production) general tourism and repatriation traffic isn’t possible at the moment.

A reader contacted us and pointed out an article on the German aviation news site Aero which reports that there are news sources in China reporting the aviation authorities keeping the breaks on international air traffic until at least October 1.

I wasn’t able to find any definitive news or government source for that yet but it would make sense.

Several Airlines including United Airlines have announced in the last 1-2 weeks that they plan to restart their China operations and that sounded rather strange given the current situation, both from a health & safety perspective as well as the political climate between China and the U.S.

China does in fact allow international air traffic right now but it’s highly restrictive and mostly to repatriate Chinese citizens overseas. All previously issued visas as well as the TWOV Program have been invalidated for the time being.

According to media reports this week China has struck an agreement allowing UK and German companies to apply for special visas to allow key managing staff of companies from these countries back into the country. One of Volkswagen’s top China managers has already returned to the country this month under this scheme.

Right now each airline can operate one weekly flight on one single route to one country only.

According to the Aero article airlines are required to file and receive approval for their schedules two months in advance. Despite not having received such approvals many airlines had already started to open their future ticket sales again.

I don’t see a lot of international demand for China traffic although there are certainly many foreigners who have a job and/or family in China they wish to go back to. Tourism by foreigners will more than likely be weak to non-existing for a long time.

Not sure why airlines would jump the gun here and risk getting into trouble with Chinese authorities so it makes sense that they would throw a regulatory grenade in their way to thwart efforts to restart flights prematurely unless official clearance has been given that they can start sales.

Maybe there will be something official in the next few days or weeks. Right now I only saw this one article leaning on un-referenced sources in China.