The Hong Kong Chief Executive today announced the gradual reopening of certain services to the public including the resumption of transits at Hong Kong International Airport starting on the 1st of June. 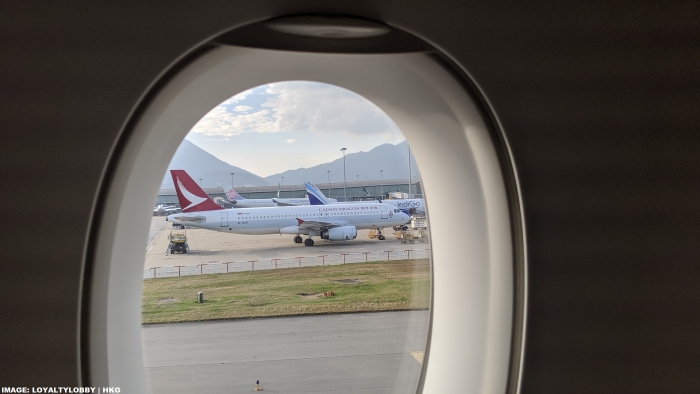 Hong Kong had previously instituted a ban on transit passengers effective March 25, 2020 and since then some days saw less than 1000 passengers per day handled at the airport.

Being able to transit in Hong Kong might help home carrier Cathay Pacific to slowly restart their operation due to HKG’s important hub position. It will however depend on at what point countries will open their borders again to actually allow travelers to enter again.

Hong Kong Chief Executive Carrie Lam Cheng Yuet-ngor said Tuesday that Hong Kong’s karaoke parlors, night clubs, bath houses and party rooms, which have been shuttered as part of measures to contain the coronavirus, will be able to reopen after May 28.

Speaking to reporters ahead of a weekly executive meeting, Lam also said that airport transit service will gradually resume from June 1.

Beginning May 29, the aforementioned leisure establishments are obliged to contunue to stick to anti-pandemic stipulations.

The CE’s move to ease the restrictions comes as Hong Kong slowly returns to normal after having no new local cases for 11 straight days and as schools are set to resume in phases starting Wednesday.

So far there hasn’t been any official response on HKIA’s own website but this was just announced this morning.

Cathay Pacific’s HKG travel notice hasn’t been updated yet either.

Allowing transits will certainly help to get things going again although I can’t see much demand unless countries are starting to open up and allow foreign passengers to enter again without undergoing lengthy quarantine measures. Going on a business trip or holiday and having to stay isolated in a hotel for 14 days really defeats the purpose.

As John wrote last week Singapore is also going to retract their transit ban as of Tuesday (June 2) next week, slowly getting their aviation hub back online.

At this point even repatriation is pretty much completed and there aren’t really that many foreigners stuck in countries other than their own with the burning desire to be repatriated again.

There have been signals though that for example Canada would also consider opening up again in early June and yesterday the state of emergency was lifted in Japan.

Several countries in Europe such as Spain and Greece have announced that they would be open for (EU) tourists this summer.

As far as Hong Kong is concerned right now it’s anyones guess when it’s possible again for foreigners to enter the country either with or without quarantine.

Effective from 25 March 2020 (00:00 HKT), only Hong Kong residents with following documents will be permitted to enter Hong Kong:

Non-Hong Kong residents will be denied entry into Hong Kong.

Passengers falling into this exemption category must still meet the minimum 14 days intended/permitted limit of stay in order to meet the 14 days of compulsory quarantine requirements, otherwise they will be refused entry. …

If countries such as Canada would really open again Cathay Pacific might be inclined to operate a more frequent schedule for example to/from Vancouver. I’d definitely be interested in that if there was a proper connection from Bangkok via HKG by the end of July.

Most governments do realize  that keeping their borders and airports shut for an extensive period of time is not only cause economic havoc but that airlines will eventually go out of business. The flag carriers are major employers and we’ve all seen the headlines of carriers laying off tens of thousands of people who will face a tough job market right now.

I expect that airports and eventually borders will reopen as soon as some form of stability has returned. There are still many who wouldn’t want to travel anyway and that’s fine as a personal decision. It isn’t sustainable however to keep the aviation and hospitality sector shut for a year no matter what position one has in regards to the pandemic.

Hotels Using Covid-19 As An Excuse For Reduced Benefits? 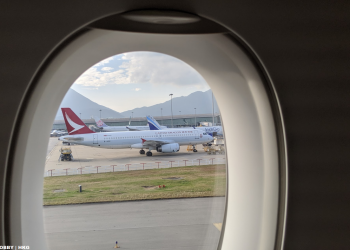