Australia and New Zealand have been talking about opening a trans-Tasman travel bubble as soon as possible and perhaps including numerous Pacific Islands into it too. 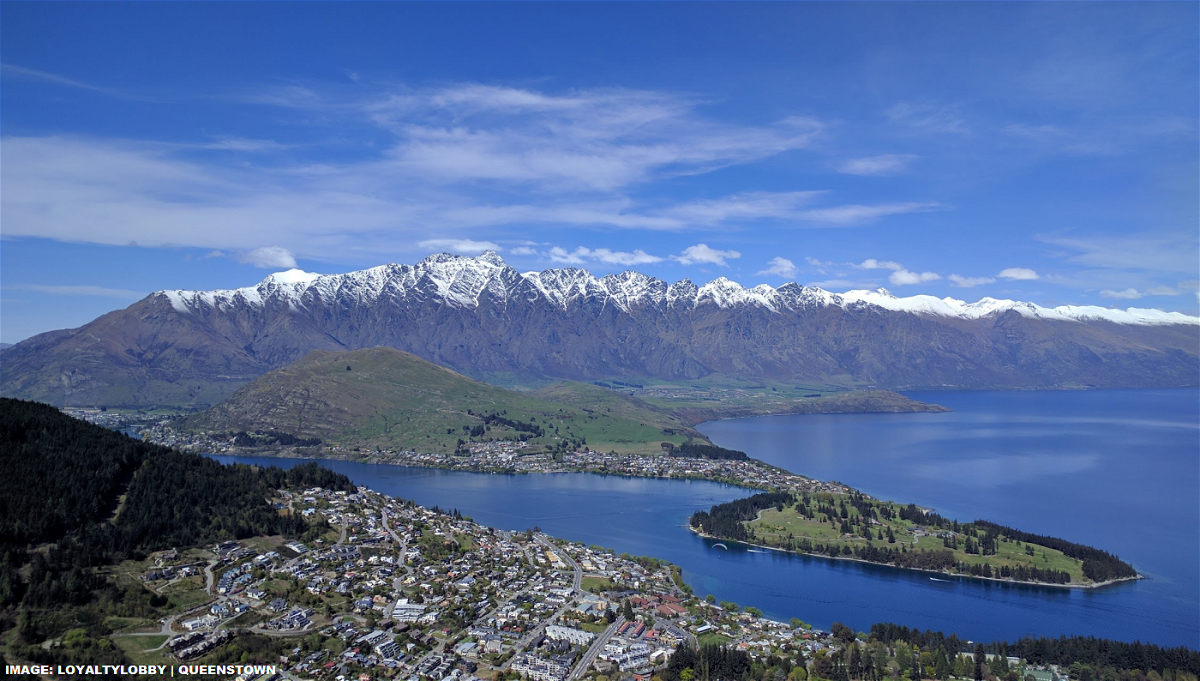 Some timetables were coming out of Australia today about possible dates when various travel restrictions could be lifted if all goes to the plan.

Here’s a table from the Australian Chamber of Commerce: 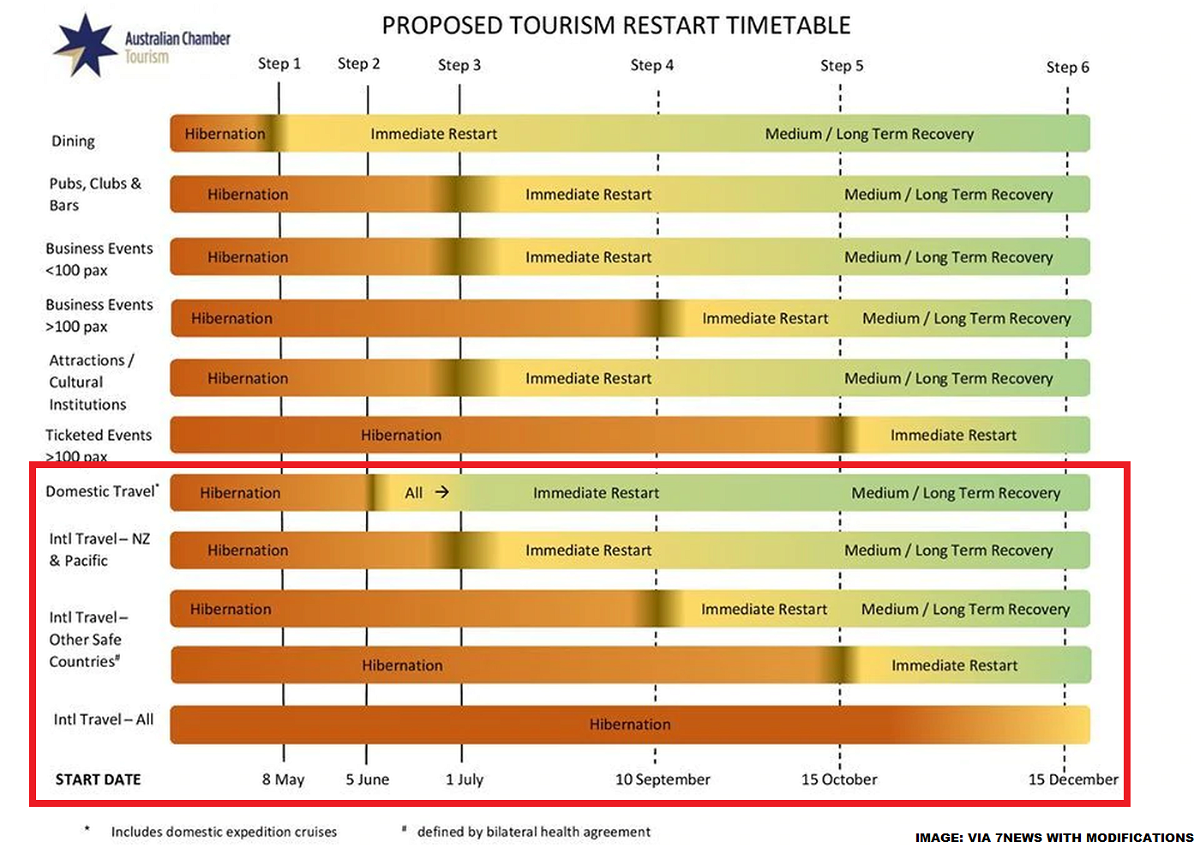 I would assume that all the travel would require reciprocity, meaning that international arrivals from these select countries would be again allowed to Australia.

Here’s an excerpt from the 7News (access their piece here):

On Wednesday, it submitted a plan to the ACT government and industry groups for a “proof of concept flight” between Canberra and Wellington departing on July 1.

“We are saying that New Zealand travel will commence on July 1 and from 10 September we will consider whether other bubbles can commence,” John Hart the Chair of the Australian Chamber of Commerce and Tourism said.

The timetable is “aspirational” and the final decision will rest with the NZ and Australian governments but several key departments are now reportedly working towards these dates.

According to the timetable, Pacific nations will be included in the proposed NZ bubble.

According to the Sydney Morning Herald, however, the trans-Tasman travel would begin in September (access their piece here):

The travel industry group working on a “Trans-Tasman bubble” says it will present plans to open travel between Australia and New Zealand to both governments early next month, with flights set to resume as early as September.

The governments have been discussing the possibility of allowing people to travel across the Tasman without having to undergo 14 days of quarantine, given both countries have successfully slowed the rate of COVID-19 transmission.

The Trans-Tasman Safe Border Group – an alliance of more than 40 airports, airlines, health specialists and governments on both sides of the Tasman – has been working on a plan to restart air travel for the past two weeks and will be ready to present it to both governments early next month.

Australia and New Zealand were both mostly spared from the first wave of Covid-19, but there could be several peaks before a safe and working vaccine is available for wide distribution.

New Zealand hopes to rescue whatever they can from their ski season that kicks in early June, and Kiwis are essential for Australia’s tourism (second largest group after the Chinese).

Australia already allows international transits through its airports, if you manage to find an itinerary that connects there. Let’s see if by the end of the year most travel restrictions have been lifted.