Virgin Australia (currently in administration) has just published their new schedule for the coming two months and while a lot of regional flights are back, their long haul international flights will be cancelled until at least the second week of August. 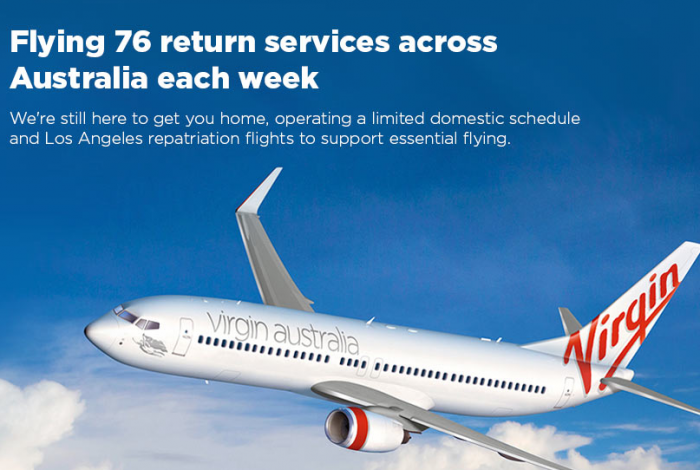 There is one exception though: Since May 16th Virgin Australia is flying once per week between Brisbane and Los Angeles for the period of one month as repatriation flights.

Air traffic in Australia is slowly starting to ramp up again, first domestically but at some point also to New Zealand as part of a “Sterile Bubble” agreement between the two countries. It’s possible that this will at some point extended to the Austral-Pacific region if the number of infections evaporates further.

Virgin Australia’s new schedule can be found on their website here.

As a major Australian airline, we are proud to support the Federal Government in returning passengers home and enabling essential travellers to continue flying during this time, as well as maintain important freight links into and across the country.

In addition to repatriation flights to Los Angeles, Virgin Australia will operate 76 domestic return services each week as per the below schedule.

If you have been impacted by the recent flight cancellations and still wish to travel, you may rebook using the travel credit issued to a Travel Bank. If you have not received communications from us regarding your Travel Bank, please call our Guest Contact Centre on 13 67 89 to re-book on the services listed below.

Virgin will operate pretty much all domestic flights for now:

A week ago I already wrote about Velocity having unfrozen the mileage redemption option and passengers can now use their miles for domestic flights again.

The following routes are available to customers at this point: 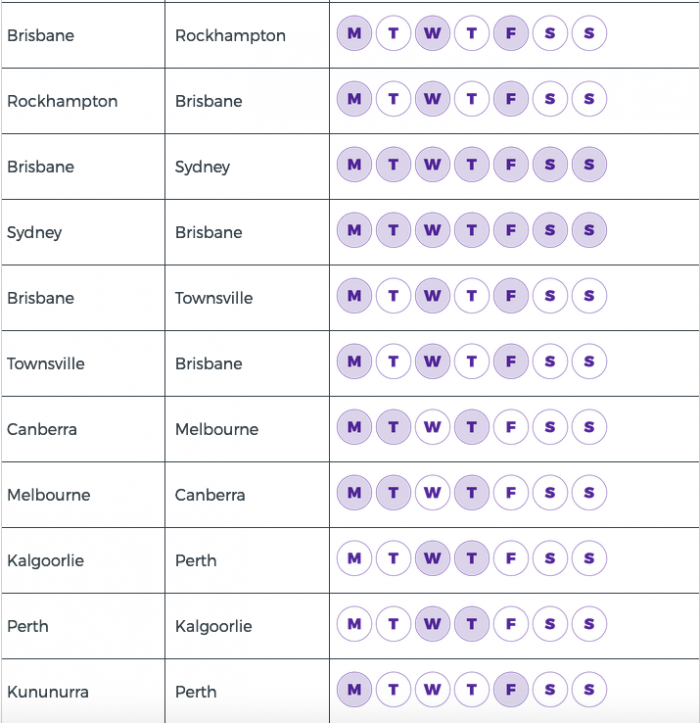 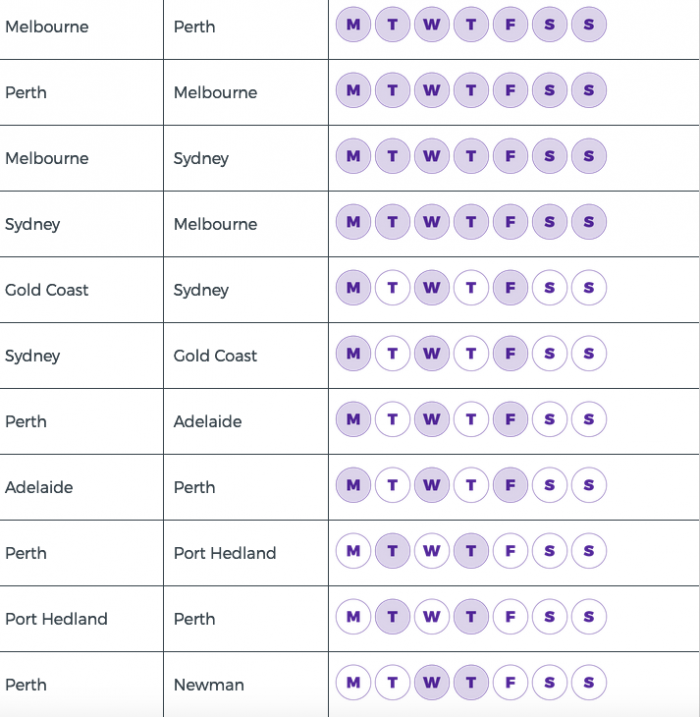 The domestic network is very comprehensive and this will at least help Australians to return to some form of normality when it comes to travel patterns.

The international frequency that will only last for one month between Brisbane and Los Angeles will be operated like this:

The flight will depart Brisbane on Saturdays and Los Angeles on Sundays.

All of these flights will be subsidized by the Australian Government as it’s expected that it won’t be possible to operate profitable at the moment.

All overseas flights that are usually operated by Virgin Australia have been shelved until at least August 9th, 2020. As per data available through the GDS, the first long haul flights such as VA1 Sydney to Los Angeles will operate on August 10th and I’d put a very large question mark behind that as well.

With all the turmoil surrounding Virgin Australia at the moment I can’t see many customers using cash with the airline to make advance bookings of any kind after administrators have rules out any cash refunds for passengers who got cancelled on.

It is a good opportunity however to burn up miles left in the Velocity accounts before they will possibly be completely worthless at some point down the line. If you want to travel or know anyone who wants to travel try to unload the miles for these flights.