Several months after cancellations kicked off WestJet has adjusted their refund policy and is now offering refunds to customers whose ticket originates or ends in the U.K. or U.S. 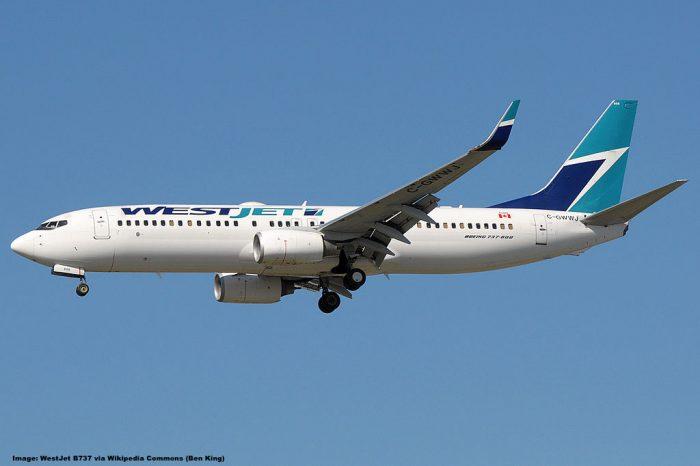 Airlines in Canada have for a long time refused to reimburse customers who had their flights cancelled as the Canadian government wouldn’t force them to do so but foreign authorities weren’t so easy to sway.

On numerous occasions regulators such as the E.U Commission and the U.S. Department of Transportation have reminded airlines that they have to refund passengers their money in cash if flights were cancelled.

In Canada so far the government and the Canadian Transportation Agency has been completely useless when it comes to protection consumer rights, instead they were more worried that airlines don’t succumb to the inevitable cash crunch by allowing them to issue vouchers instead of giving people their money back.

As CTV reports at least in WestJet’s case customers who planned to start or end their ticket in the United States of the United Kingdom are now eligible for refunds.

WestJet Airlines Ltd. has quietly changed its refund policy to allow some customers whose flights were cancelled due to the pandemic to recoup their cash.

The move appears to make WestJet the first major Canadian carrier to offer refunds rather than credit to passengers whose trips were called off due to the COVID-19 crisis.

The pivot follows months of backlash as consumer advocates and thousands of passengers continue to demand their money back for services paid for but never rendered.

Three petitions — two were presented to the House of Commons over the past month — with more than 110,000 signatures call for full refunds before any financial aid is handed out to airlines.

WestJet’s refund offer, spelled out in a document sent to travel agents and obtained by The Canadian Press, applies to flights that include a U.S. or U.K. city as the destination or origin.

The company said in an email it is reaching out to customers who have already accepted travel credit to alert them to the new option, which applies to all fares and classes but not vacation packages.

The policy does not include flights within Canada or to continental Europe, Mexico or the Caribbean.

“If your client chose to voluntarily cancel their booking, they are not eligible for a refund to original form of payment,” with the exception of certain special fares, the memo states.

Transportation authorities in the United States and European Union have required airlines, including foreign ones, to offer refunds for flights cancelled as a result of the pandemic, which has shuttered borders and grounded fleets. …

The refunds apply to U.S. and U.K. flights that were scheduled between March 1 and June 30, with a processing time of four to six weeks, according to the document.

WestJet doesn’t provide any of this information on their website at this time and the document referenced by CTV was obtained by travel agents. This means there is no hands on reference for customers who booked directly with WestJet.

Flights to continental Europe aren’t covered by this new policy either, possibly because WestJet concluded that the EU isn’t really going to do anything that would have any consequences for them irrespective of if they continue to refuse refunds or not. After all airlines such as Lufthansa are still owing billions of Euro to their customers with Brussels standing idle and twiddle their thumbs.

The U.S. DOT as well as U.K. regulators could levy heavy fines on WestJet however so this must have played a significant role in their decision making.

This withholding of customers funds is truly criminal but of course without any consequences to fear these companies see it as easy money, in the very least as a free short term loan.

In the long term it might come back to haunt them though, after all many customers who got burned by the airline won’t book with them again. Those who are (according to this article) affected by the policy change should contact their travel agent or WestJet directly and demand a cash refund.