Virgin Atlantic sits in the same boat with many other airlines who currently owe passengers hundreds of million to billions in ticket refunds yet processing these seems to be a matter of low importance to them. 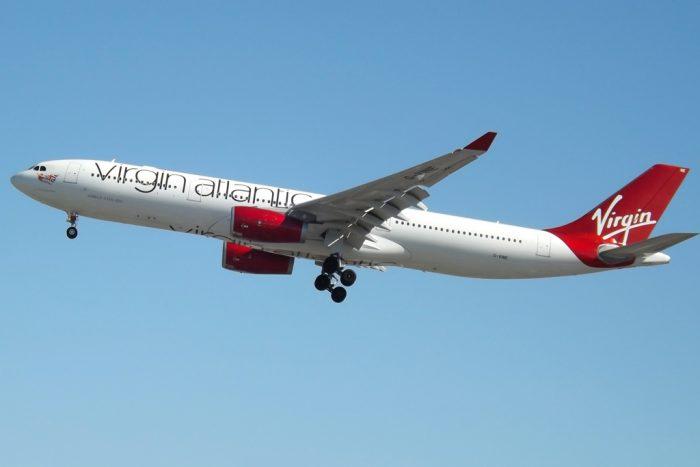 According to news articles Virgin has confirmed that it would now take them up to four months to refund customers money, blaming the lack of infrastructure in place as most agents work from home.

Apparently Virgin is currently paying back 20 million pounds per week in the form of refunds which would be 20,000 tickets with a median 1000 pound price tag.

Virgin was sparse with detailed replies when contacted by The Guardian yesterday.

Virgin Atlantic has become the latest airline to leave a vapour trail of furious customers who are now being told they will have to wait up to four months to receive refunds for cancelled flights.

Following warnings in May from the Civil Aviation Authority (CAA), more airlines have started processing refunds to customers, after initially trying to get customers to accept vouchers rather than the full cash refund to which they are entitled. …

Virgin Atlantic, which along with other airlines has been fighting for its survival as the pandemic forced all flights to be cancelled, told the Guardian that it is paying back about £20m a week in refunds.

Virgin declined to say how many customers had been refunded so far – and admitted the company was now taking up to 120 days to process refunds.

Hundreds of customers, frustrated at the delays, have instead asked their banks to process chargebacks, or credit card claims. …

In May the CAA said it was reviewing the way airlines were treating their customers, and warned them that it did not “expect airlines to systematically deny consumers their right to a refund”.

Virgin said: “Our customer centre and finance teams are working from home with limited infrastructure. We have boosted the size of the team handling refunds and these additional staff are receiving training.

This waiting game for refunds is actually a cancer of the entire travel industry right now but especially airlines.

Some carriers such as Lufthansa haven’t been refunding anything at all and there were also mixed experiences with British Airways, although after the CAA has a closer eye on their conduct BA actually started to refund people IF they were able to reach the airline on the phone and request their ticket to be refunded to the original form of payment.

The article mentions that so far there is no experience report from anyone who has yet received even a single refund from Virgin Atlantic. If that’s true or not is impossible for us to verify but the taxes from my own VS issued mileage ticket in early April haven’t been refunded yet either after the flight got cancelled by ANA.

Meanwhile Virgin Atlantic is in fact gearing up for flying again as they just announced.

Virgin says in an email sent to Flying Club members regarding their summer schedule:

We know you’re looking forward to flying again, and we’re excited to say we’ll soon be welcoming our customers back onboard. It won’t be long until you’re jetting off on your next business trip or booking that well-deserved holiday.

Now we’re ready to take you away again, we’ve taken every precaution to give you total peace of mind when you fly with us. From our rigorous cleaning practices, to providing every customer with a personal Health Pack, the health and safety of our customers and our people is — and always has been — our number one priority. So you can fly safe, and fly well, with us.

Mark it in your calendars – we’ll be starting by flying from Orlando, New York JFK, Los Angeles, Shanghai and Hong Kong to London Heathrow from 20th July 2020. We’re crossing the days off already.

Previously it was announced that Virgin wouldn’t be flying before August so at least the goal post is being shifted back a little bit which is a good sign for both the passengers as well as the airline industry.

Is Virgin’s self declared refund volume of 20 million pounds per week realistic and reasonable? Hard to say without knowing their workforce on hand and how true this information actually is. For processing refunds makes no difference if an employee is working from home or not. But how many people are actually working on these cases right now?

These refund problems airlines claim to have are of course intentional and based on the fact that they have run out of cash. Virgin is still actively seeking for either a buyer or a financial aid package from the UK government with an uncertain future of how either of these avenues is going to progress.

As goes with any other airline at the moment I personally won’t sink any cash into tickets ahead of time as it’s totally unclear when these funds will flow back to me should the flight be cancelled. I did book a couple mileage tickets however that can easily be cancelled and the amount of taxes paid are negligible.

Should an airline go into administration this would mean pretty much mean that any money paid for tickets on cancelled flights would be lost (Virgin Australia comes to mind here). This would be the worst outcome for Virgin Atlantic customers but at least right now they proclaim that refunds are indeed underway even if it takes time. Have you received any money back from Virgin?

Airfare of the Day [Business Class] DELTA/KLM Chicago to Amsterdam from $1,688