European Union countries are debating in Brussels what nationalities are allowed to enter the bloc starting next month, and haven’t been able to finalize the list yet.

There have been drafts circulating, and it appears that countries such as the United States, Russia, and Brazil won’t be welcomed yet due to high current infection rates.

As was reported earlier this week, the European Union plans to allow travel to the bloc from countries that have roughly the same number of new infections per 100,000 people, as is the EU’s average.

There are issues with the data from third-party countries because you can keep the infection numbers down by simply not doing tests. 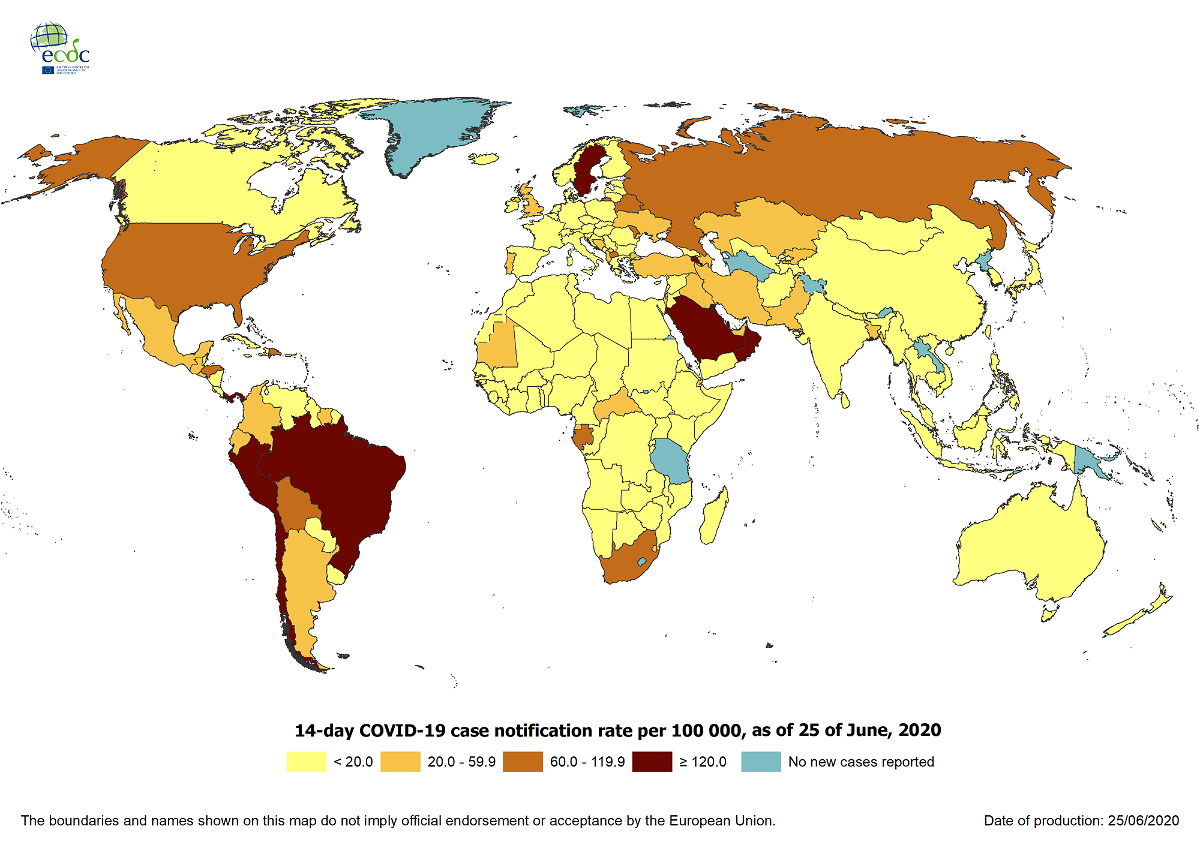 Some of the rolling 14-day averages could be low to lack in testing in many countries that suppress the infection rate.

We should know sometime next week who are welcomed to the European Union/Schengen, and if all member countries can agree with unified entry limitations.

There are also EU countries such as Finland that don’t even allow free movement within the bloc yet, and not until later in the summer. Difficult to see them suddenly allowing third-country nationals early next month. There are likely still restrictions place where non-EU citizens permitted to the bloc can travel to.

Not sure if India should be on the list with rising infection numbers and likely limited testing, and I am sure that there are questionable countries too.