The Royal Thai Embassy in Ankara, Turkey has published a rather straight forward letter warning travelers of booking flights to Thailand before definitive decisions have been made to avoid being out of money as airlines refuse or delay refunds. 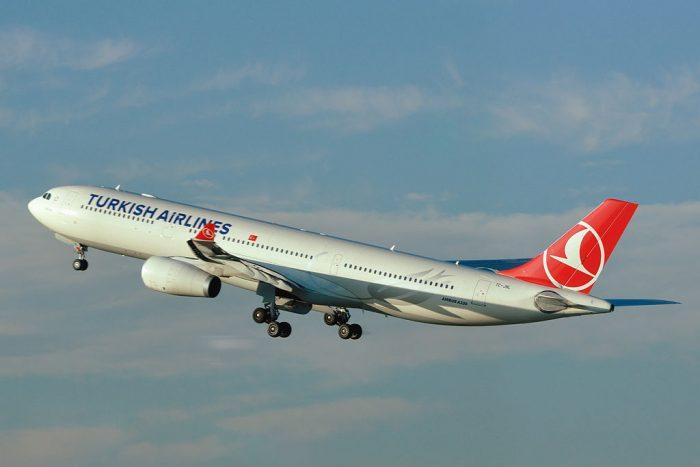 This announcement comes as many carriers start to put flights to Thailand back up on sale which might coerce people into purchasing tickets which just end up being cancelled.

The warning given out by the Thai Embassy can be translated to any other destination in the world as well as we’ve seen in previous months.

Airlines see no problem with putting flights on the schedule, selling them and then a few days later cancelling the route again. At that point they already have your money and will keep it for weeks and months (in the best case, some refuse to refund it entirely and only offer vouchers).

Here is the letter as posted: 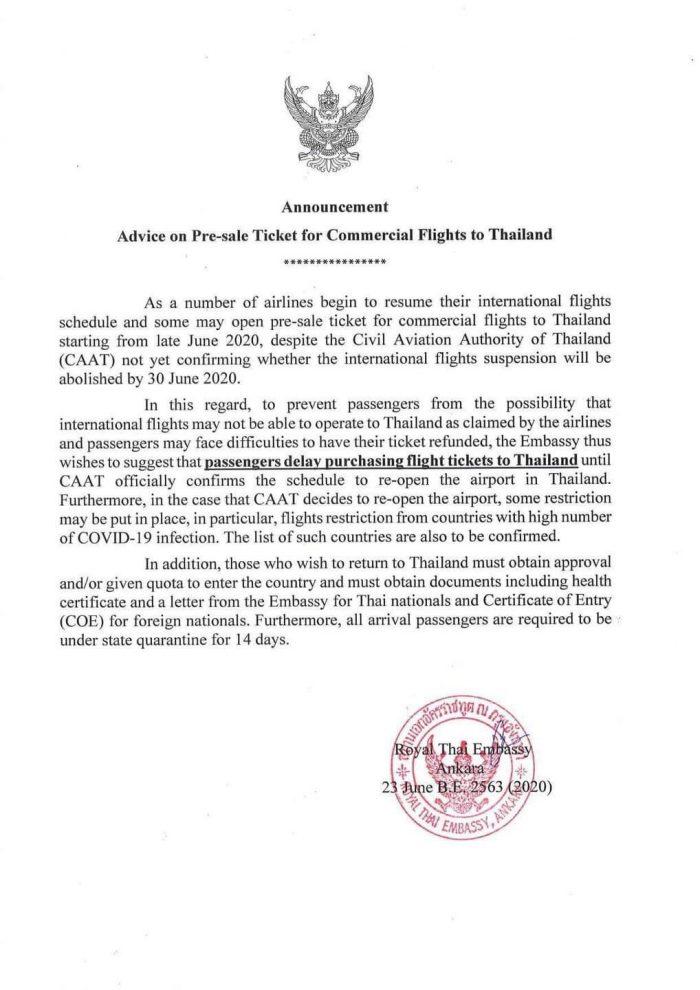 It’s rather unusual for an embassy to publish such a notice but I have a feeling (based on media reports) that there is a big problem in Turkey with Turkish Airlines sitting on refunds and no paying out. Not that Thai Airways is much better after they officially went bankrupt.

At the moment it’s simply not advisable to book long haul flights where there is no guarantee of these flights actually operating, especially with cash. There are plenty of great offers even in Business Class filed at the moment but that’s of very little purpose if you face either a cancellation or even worse the flight really operates with just the border being closed. In this case you wouldn’t even be entitled to a refund and stuck with a voucher at best.

Another point of uncertainty is the requirement for medical certification based on the current health certification where Covid PCR tests are just the beginning. Nobody really knows what will await us within the next 12 months when it comes to travel.

I would only book flights with mileage at the moment and even that only with programs where I know that a cancellation is done easily and without delay. My flight booking from Asia to Europe for late July was done with United Mileage Plus miles which is very efficient when a cancellation is required and taxes are minimal.

Lufthansa Miles&More, Virgin Flying Club and Thai Royal Orchid Plus haven’t refunded mileage tickets including their substantial taxes/fuel charges for months now. I don’t like to have either miles or money tied up in refund loops for an infinite period. 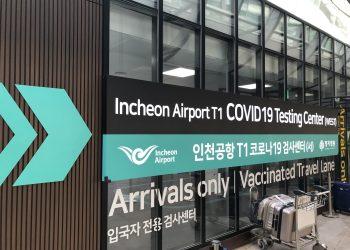