European Union Confirms 15 Countries Whose Residents Welcomed To The Bloc From July 1, 2020

The European Union today confirmed the 15 countries whose residents are going to be welcomed to the Union and Schengen countries (Norway, Switzerland, Iceland, and Liechtenstein) starting July 1, 2020. 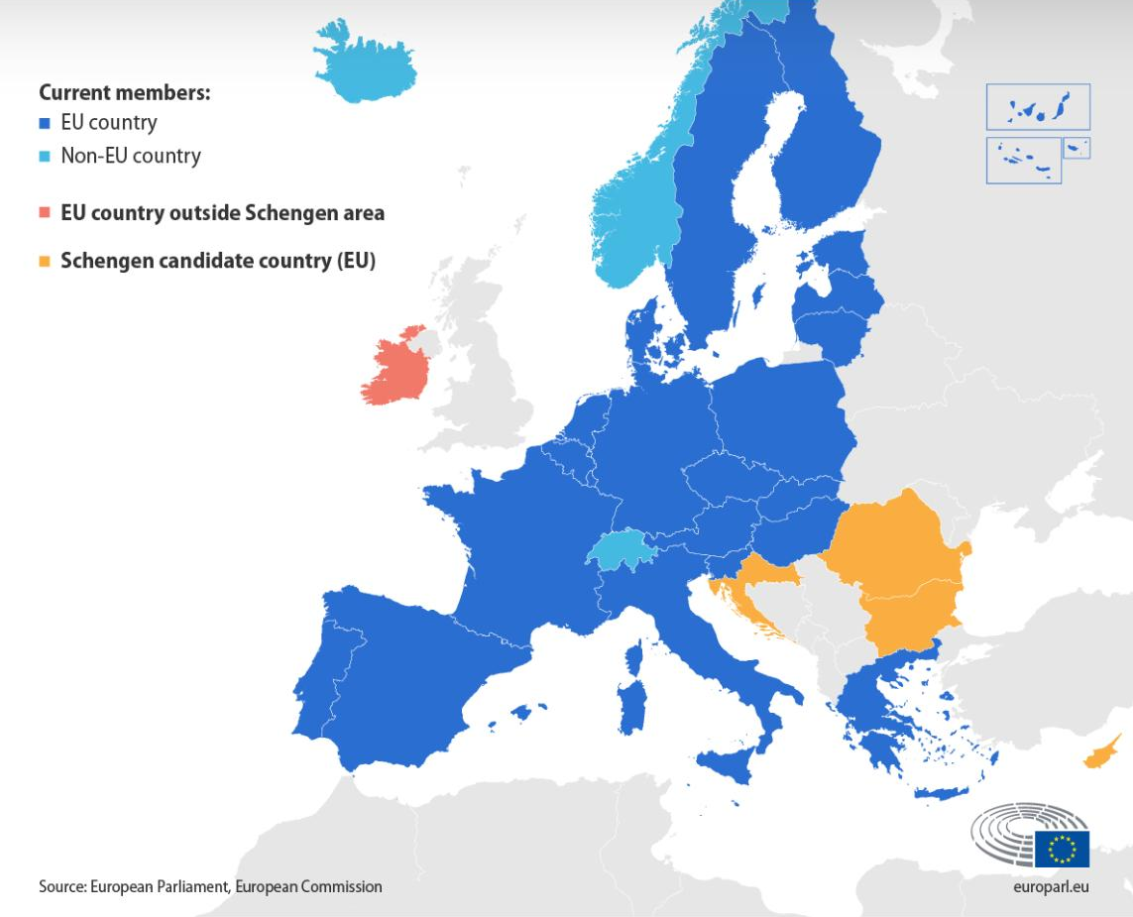 Although the majority of the EU approved this list, it is up to individual countries to decide when they will lift the entry restrictions and if they allow other third-country residents to arrive as well.

UPDATE: There are media reports that the European Union is requiring reciprocity from these countries.

Ireland is a particular case because it has a common travel area with the UK that has now exited the union.

Here’s the announcement from the European Union:

The Council today adopted a recommendation on the gradual lifting of the temporary restrictions on non-essential travel into the EU. Travel restrictions should be lifted for countries listed in the recommendation, with this list being reviewed and, as the case may be, updated every two weeks.

Based on the criteria and conditions set out in the recommendation, as from 1 July member states should start lifting the travel restrictions at the external borders for residents of the following third countries:

Residents of Andorra, Monaco, San Marino and the Vatican should be considered as EU residents for the purpose of this recommendation.

The criteria to determine the third countries for which the current travel restriction should be lifted cover in particular the epidemiological situation and containment measures, including physical distancing, as well as economic and social considerations. They are applied cumulatively.

Regarding the epidemiological situation, third countries listed should meet the following criteria, in particular:

Reciprocity should also be taken into account regularly and on a case-by-case basis.

For countries where travel restrictions continue to apply, the following categories of people should be exempted from the restrictions:

The Council recommendation is not a legally binding instrument. The authorities of the member states remain responsible for implementing the content of the recommendation. They may, in full transparency, lift only progressively travel restrictions towards countries listed.

A Member State should not decide to lift the travel restrictions for non-listed third countries before this has been decided in a coordinated manner.

This list of third countries should be reviewed every two weeks and may be updated by the Council, as the case may be, after close consultations with the Commission and the relevant EU agencies and services following an overall assessment based on the criteria above.

Travel restrictions may be totally or partially lifted or reintroduced for a specific third country already listed according to changes in some of the conditions and, as a consequence, in the assessment of the epidemiological situation. If the situation in a listed third country worsens quickly, rapid decision-making should be applied.

It is easy to close the borders, but very difficult to reopen them as European Union and Schengen countries have found. You cannot even now travel freely between all the Schengen countries. I would assume that most Schengen countries will abide by this list because otherwise, there could be internal border checks for travelers to/from that specific country reintroduced.

You should also note that these restrictions are based on residency. Theoretically, at least, US citizens who are living in Canada would be welcomed to the bloc as per this release.

It would be easier for non-Schengen EU countries such as Cyprus to allow other travelers in as there is always a passport or identity card check from/to that country even if you travel within the Union.

There are countries on this list, such as Australia and New Zealand, that have banned most international travel by their citizens for the foreseeable future. They are welcomed to the bloc if they can get out of their own country.

Finland is part of the European Union and Schengen but won’t allow most bloc residents to arrive until mid-July or later. I find it difficult to see how they could open the external border before all internal restrictions are lifted

I certainly hope that countries would begin lifting entry restrictions where possible without flaring up cases of COVID-19, although it is impossible to eliminate the spread completely.

Japan has been closed for most non-resident/citizen arrivals, excluding the Olympic attendees, since March 2020. Over the past 12 months,...