Even Money And A Private Jet Won’t Help You Skirt Immigration Rules: Five Americans Denied Entry In Sardinia After “Crashing the Party”

A group of five U.S. citizens and some friends from New Zealand, the UK, Germany and Italy decided the current E.U. Immigration Quarantine rules don’t apply to them and charted a private jet to Sardinia, Italy just to get a bad surprise from the Italian authorities. 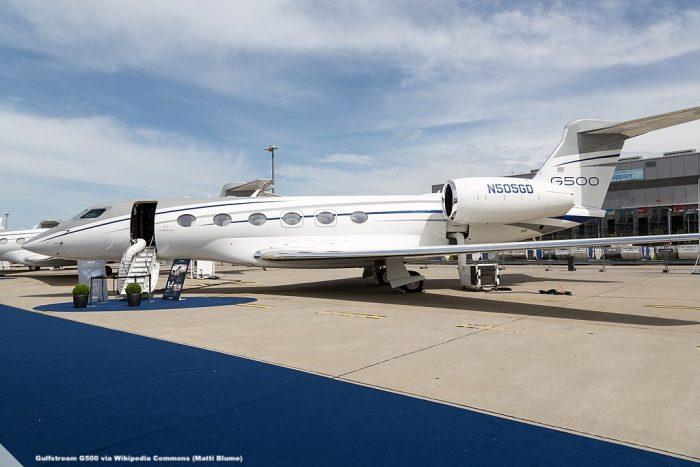 Unfortunately for them the Italians had none of it and immediately denied the U.S. citizens entry, following by 14 hours on the ground in a hangar and a subsequent “flight of shame” over to the UK for the entire group.

Ignorant, arrogant or just plain stupid with more money than brains probably sums it up best when describing the little excursion this group of friends undertook.

Immigration restrictions have been in place for months now, first restricting non-EU citizens outright and since this week offering entry to a select list of nationals John wrote about a few days ago.

Considering the sad and serious situation with Covid-19 in the States, Americans are currently not on the list of approved nationalities eligible to enter the E.U. and as such it should have been a no-go situation from the get go to charter a Jet from the Colorado to Sardinia.

As CNN reports the group of 5 Americans and 6 other individuals, some of which were EU citizens including at least one Italian were denied entry upon arrival.

Five Americans who flew by private jet to the Mediterranean island of Sardinia were refused entry to Italy on Wednesday due to new EU travel restrictions on countries with high coronavirus infection rates, police told CNN.

The private jet — which took off from Colorado with 11 would-be holidaymakers on board — arrived in Cagliari airport on Wednesday morning, according to the Cagliari Police spokesperson.

Earlier this week, the European Union formally agreed a set of recommendations that allows travelers from outside the bloc to visit EU countries. But the list of 14 countries did not include the United States, whose current Covid-19 infection rate does not meet the criteria set by the EU for it to be considered a “safe country.”

The five US citizens were traveling with friends from New Zealand, the UK, Germany and Italy. There were also three children on board.

Italian authorities tried to “find a solution” to the problem of the American travelers, the police spokesperson said, but there was no way around the new decree that came into effect Tuesday.

After around 14 hours on the ground, the whole group decided to leave Cagliari on their jet the same day and headed towards Birmingham, England, the police said.

It was unclear if the travelers planned to disembark in the United Kingdom. The UK requires US travelers to self-quarantine for 14 days.

From high society life in Sardinia to good old Birmingham, England. How the mighty have fallen!

All I can think of is what do you guess would have happened when a plane with ineligible foreign nationals would have touched down in the U.S. ? Customs and Border Protection would be all over them and rightfully so. In the U.S. individuals who are refused entry will lose all Visa Waiver privileges in the future and have to apply for a physical visa. Not sure what happens in Europe, my good guess is “nothing”.

The Italian lady is now whining on an Italian news site about how horrible her group of wealthy friends was treated as they were looking to buy another home in Sardinia. The site shows a selfie or herself eating on the floor of an airport hangar. 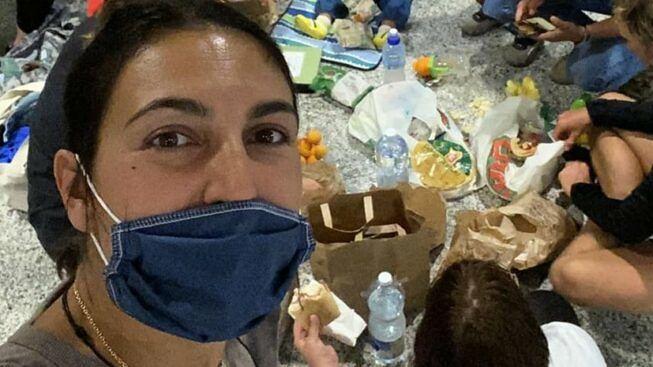 She vowed they would never come back there and she’s trying to claim damages. I’d love to know from whom. Laughable! The level of arrogance is really amazing in this case. How about taking some responsibility and admitting the mistake?

The fact that certain nationalities aren’t allowed at a set of countries for the time being, contingent on their progress with fighting Covid-19 is unfortunately something we all have to deal with right now and likely for some time to come.

Apparently the saying “more money than brains” seems to prevail in this case. Who honestly thinks that you can skirt federal immigration laws just by hopping on a private jet and touching down wherever you like? Absolutely ridiculous.

At the same time I wonder which private jet operator would agree to schedule and operate a trip like this knowing full well about the immigration rules worldwide. At least they should if it’s a serious company. They also need to file a flight plan and submit details of the passengers on board. Extremely unprofessional.

Bali Set To Open For International Tourists On September 11, 2020