Air Asia has announced plans to start flights from Bangkok’s main Suvarnabhumi Airport in addition to their core operations at the old Don Mueang airport in order to compete with other low cost carriers. 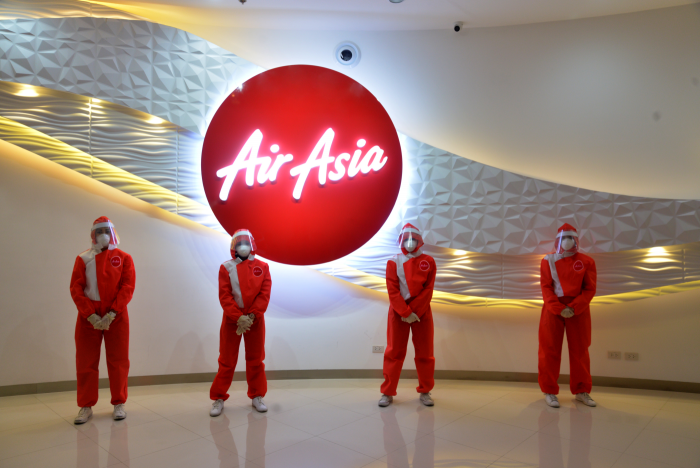 Right now both VietJet and Scoot have been been offering flights from Suvarnabhumi Airport while Air Asia exclusively uses Don Mueang which might not be as convenient to many passengers.

Most (myself included) prefer to fly from the main airport as it’s much easier to reach from where I usually stay in Bangkok and Don Mueang is just an old dumpy terminal with a lackluster Priority Pass lounge.

According to an article in The Nation Air Asia has now decided it’s time to get a slice of the cake over at the main airport as well.

In a bid to compete directly with Thai Vietjet Air, Thai AirAsia is planning to fly out of both Bangkok airports.

“We aim to deploy three to four planes from our fleet of 60 to operate direct flights from Suvarnabhumi Airport to provinces like Chiang Mai, Chiang Rai, Phuket, Krabi, Khon Kaen and Udon Thani,” said Tassapol Bijleveld, chief executive officer at Asia Aviation Plc (AAV). “Currently, Thai Vietjet Air is the only budget airline to fly out of Suvarnabhumi, and we see this as a good opportunity, now that the government has eased lockdown measures and allowed domestic flights to continue.

“Also, THAI and Thai Smile’s flights have significantly reduced over the past months, while Bangkok Airways is not our direct competitor as it is not classified as a budget airline and has different target customers,” Tassapol added. “Having Thai AirAsia flying out of Suvarnabhumi will be a good alternative for those who do not want to travel to Don Mueang.”

The CEO added that Thai AirAsia has been gradually increasing the number of aircraft in operation since the lockdown was lifted. “In June, we used 15 aircraft from our fleet of 60, while in July we have 20 aircraft flying to domestic destinations. However, the frequency of flights is not that high due to Covid-19, and the company will continue operating at a loss until foreign tourists are allowed to enter Thailand.”

This goes for domestic operations. When operations were in full swing just a few months ago there was also Scoot that operated flights from Suvarnabhumi (to Singapore) while also offering a bunch of flights from Don Mueang. It seems Air Asia has watched this for a while and now wants to try this system as well.

It’ll be interesting to see how much Air Asia is trying to expand their Suvarnabhumi operations and how passengers are taking up this new option, I for one like the main airport much better and having flown out of DMK twice in the last 7 years I only use it if absolutely necessary.

If holding a Priority Pass one could even use the local PP Lounge which is the Bangkok Airways Blue Ribbon Club (currently closed).

Right now there is a shortage of domestic flights in Thailand since Thai Airways mainline is still grounded and Thai Smile is operating a sparse schedule. I don’t mind taking a low cost airline if the price is right and all things considered there is no service whatsoever on full service carriers either when it comes to short routes.

On my Bangkok Airways flights from Bangkok to Samui and back there was zero service and the lounge was closed as well. Considering this I’d take a cheaper alternative in a heartbeat provided the low cost airline has a reputable safety record.

Hawaii Opening For U.S. Summer Travel Season In Doubt, Likely To Be Postponed