Virgin Atlantic today unveiled its recapitalization and restructuring plan that is backed by the court in the UK.

The airline got plenty of push back from the British public when it demanded handout from the government when the majority shareholder was hiding in the Caribbean tax haven.

Here’s the announcement from Virgin Atlantic:

Virgin Atlantic has reached a major milestone towards securing its future today, by announcing plans for a private-only solvent recapitalisation of the airline, following the severe impact of the Covid-19 pandemic on the global economy, the nation and the travel and aviation industry.

A Solvent Recapitalisation of Virgin Atlantic

Virgin Atlantic has taken a big step forward in securing its future, by launching a court backed process as part of a solvent recapitalisation of the airline and holiday business, with a Restructuring Plan that once approved and implemented, will keep Virgin Atlantic flying.

The Restructuring Plan is based on a five year business plan, and with the support of shareholders Virgin Group and Delta, new private investors and existing creditors, it paves the way for the airline to rebuild its balance sheet and return to profitability from 2022.

The recapitalisation will deliver a refinancing package worth c.£1.2bn over the next 18 months in addition to the self-help measures already taken, including cost savings of c.£280m per year and c.£880m rephasing and financing of aircraft deliveries over the next five years.

Global aviation was one of the first industries impacted by the Covid-19 pandemic and will be one of the last to fully recover. From the start, the airline took decisive action to ensure its survival. In March, the Leadership Team took voluntary pay cuts and since April, more than 80% of the workforce has benefitted from the Government’s Coronavirus Job Retention Scheme, supporting efforts to preserve cash and minimise costs. In Q2, flying fell by 98% and in the second half of 2020, capacity is expected to reduce by at least 60% compared to 2019, with pre-crisis levels of flying unlikely to return until 2023. With the suspension of passenger flying in April, the airline delivered an unparalleled network of cargo-only flying, operating more than 1400 cargo flights in April, May and June.

In May, the difficult decision was taken to reshape and resize in order to emerge from the crisis sustainably profitable, and regrettably the airline had to reduce the number of people it employs by 3,550[1] across all functions.

Having closed its London Gatwick base, while retaining a slot portfolio at the airport to protect opportunities for future growth, leisure flying is now consolidated at London Heathrow and Manchester. By 2022 Virgin Atlantic will fly the same number of sectors as 2019 despite its smaller scale, demonstrating productivity and efficiency improvements. The airline will operate a streamlined fleet of 37 twin engine aircraft following the retirement of 7 x 747s and 4 x A332s by Q1 2022, with rescheduled delivery of outstanding A350s and A339s.

Returning to the skies

From 20 July Virgin Atlantic will restart passenger flying and has a vital role to play in supporting the UK economy as it recovers from the impact of the pandemic. Virgin Atlantic and Virgin Atlantic Holidays will continue to support global supply chains and flying customers safely to the places they love to travel. While demand will be slow to recover, Virgin Atlantic will ensure its customers always feel confident to fly by continuing to prioritise the health, safety and security of its people and customers throughout their journey. Sustainability remains central to the airline, and its simplified fleet will be 10% more efficient than it was pre-crisis.

Shai Weiss, CEO, Virgin Atlantic commented: “Few could have predicted the scale of the Covid-19 crisis we have witnessed and undoubtedly, the last six months have been the toughest we have faced in our 36-year history. We have taken painful measures, but we have accomplished what many thought impossible. The solvent recapitalisation of Virgin Atlantic will ensure that we can continue to provide vital connectivity and competition to consumers and businesses in Britain and beyond. We greatly appreciate the support of our shareholders, creditors and new private investors and together, we will ensure that Virgin Atlantic can emerge a sustainably profitable airline, with a healthy balance sheet.

“Once our plan is approved, we will continue to focus on providing our customers with the service they have come to expect. Despite the incredible efforts of our teams, through cancelled flights and delayed refunds we have not lived up to the high standards we set ourselves, but we will do everything in our power to earn back their trust.

“While we must not underestimate the challenges ahead and the need to continuously respond to this crisis, I know that now, more than ever before, our people are what sets us apart. I have been humbled by their support and unwavering solidarity throughout. The pursuit of our vision continues and that is down to each one of them.”

Here’s what Virgin has struggled with in the past couple of months: 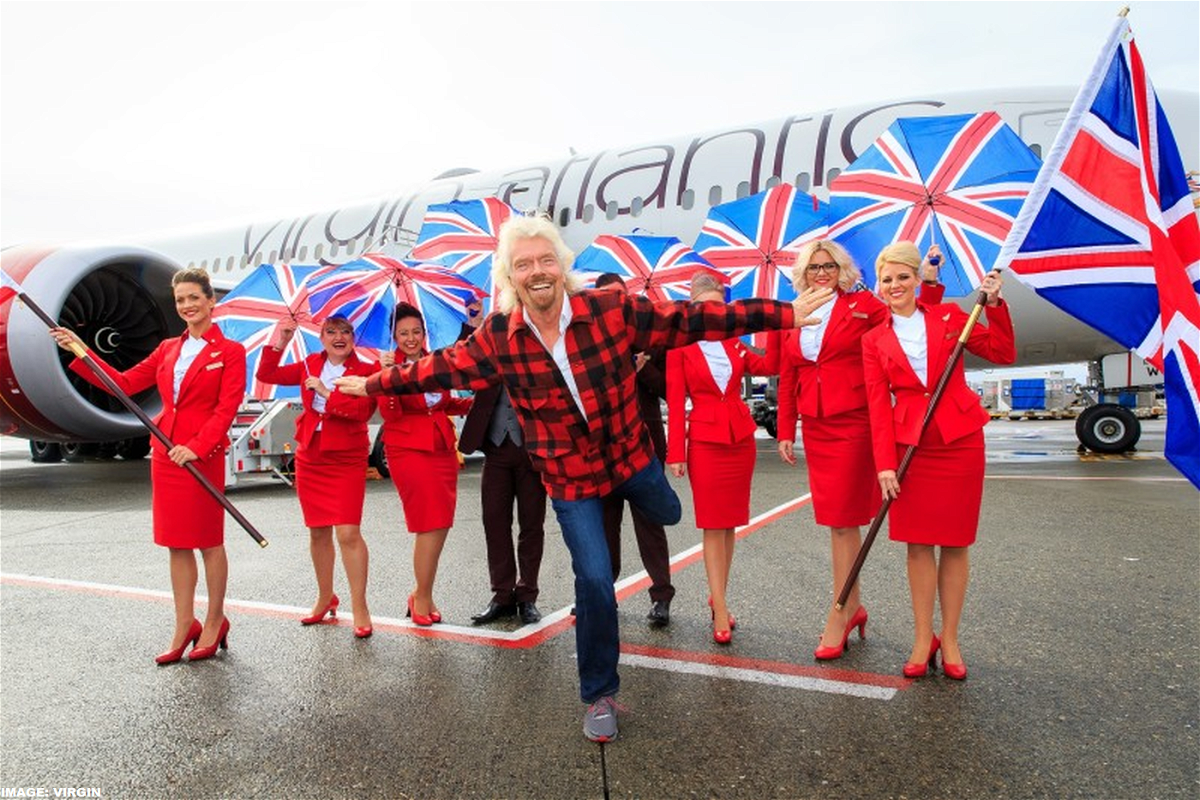 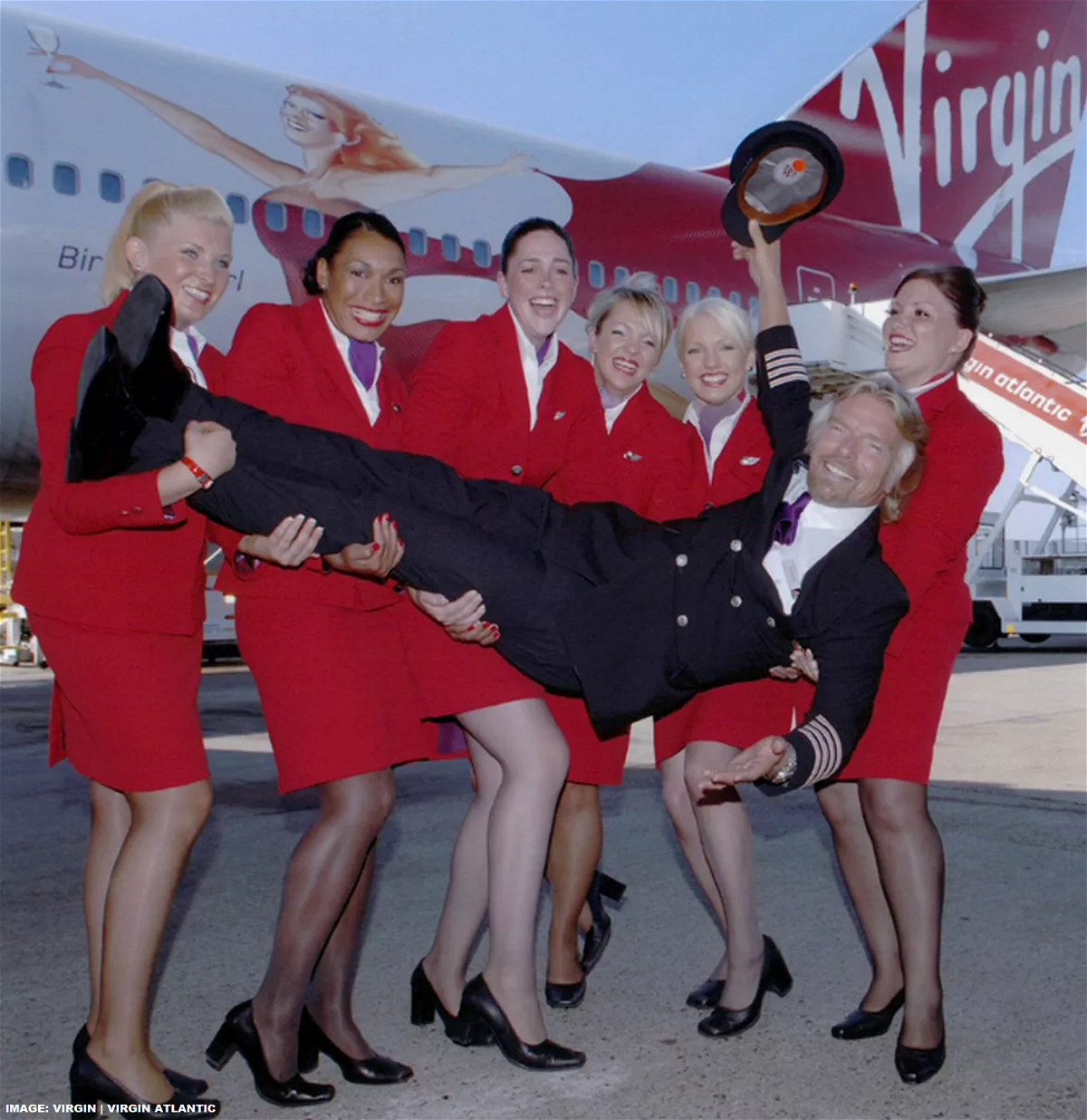 They talk about a £1.2B plan, but most (£800M+) are just deferrals and waivers. Richard Branson’s Virgin Group invests £200M (I would assume capital), and another £170M comes as a secured loan from an investment firm. Credit card processors also unlock funds that they are holding (unclear what amount).

After Delta took a 49% minority share, Virgin Atlantic withdraw from many other than North American and Caribbean routes. It is tough to see the traffic between Virgin Atlantic’s most important markets of the UK and the US picking up anytime soon.

This investment round gives some breathing room to come up with a more comprehensive recapitalization plan later.

I am sure that creditors were willing to defer payments if the other option would have been a bankruptcy with nothing. At least now there is some option value involved in the receivables if the airline manages to navigate through the current environment.