Hong Kong Airport has announced that there are no more passengers hunkering down in the terminal as transit passengers after previous media reports revealed some have been there for months. 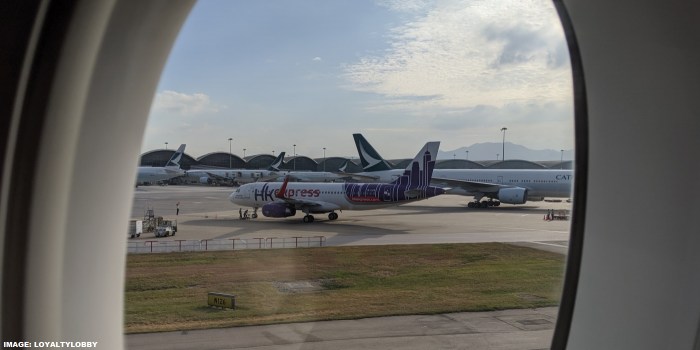 One of the last departures involved a woman who arrived on British Airways and was eventually allowed to depart on a flight to mainland China, in contradiction to the original rules that she would have to go back to her point of origin.

Early July news reports in Hong Kong revealed that HKIA currently still had several passengers more or less stuck in transit limbo due to travel restrictions including a very strange case of a HK citizen who was on his way from Canada to Vietnam in late March of this year as well as a lady who came in on BA on the way to her home in Guangdong province but unable to leave the airport for land transportation.

British Airways had offered (as they were obliged to) to fly the passenger back to mainland China VIA LONDON which would have meant two long haul flights for something that would otherwise be a two hour trip. She refused this solution and stayed in Hong Kong International Airport instead.

According to South China Morning Post the woman stayed at HKIA for three weeks until she was finally permitted to depart directly on a flight to mainland China.

A woman who stayed three weeks at Hong Kong International Airport (HKIA) left earlier this month, but her departure sparked accusations of double standards by the authorities. She was the last of more than a dozen people found stranded at the terminal after Hong Kong suspended transit services because of the Covid-19 pandemic. Without valid connecting flights to their destinations, they remained at the terminal.

The 63-year-old woman, who arrived from London on a British Airways flight on June 13, was allowed to fly to Shanghai on July 5, the Post has learned.

In earlier cases, passengers stuck at the airport were made to return to their points of origin.

It emerged over the past month that the failure of some airlines to ensure their passengers had valid connecting flights resulted in more than a dozen travellers remaining at HKIA’s transit area for between a few days and three months.

The woman, a mainland China resident, arrived in Hong Kong from London on a British Airways flight, on her way to Zhuhai, in Guangdong province. With transit services suspended, she stayed put for about three weeks.

A BA spokesman confirmed that she left HKIA on July 5, but declined to say where she went. An Airport Authority spokeswoman confirmed there were no stranded passengers left, but also would not elaborate.

A source familiar with the case told the Post: “She left Hong Kong on a flight to mainland China.” It is understood that the woman, who never left the airport while she was stranded, flew to Shanghai. …

It is understood that she resisted returning to London, claiming there had been a family disagreement and she feared she would end up stranded there with no help. …

The authorities’ decision to let her leave Hong Kong for the mainland deviated from the Airport Authority’s instruction to airlines that all such passengers must return to their points of origin.

The Immigration Department refused to respond to questions about the woman, saying it did not comment on individual cases. …

Some passengers, knowing that they could not be forcibly removed, chose to stay in the terminal.

Among them was a Cathay Pacific passenger who arrived from Canada in mid-March on his way to Vietnam and spent three months in the terminal. [I wrote about this case here] …

Commenting on the latest case of the stranded woman allowed to return to the mainland, lawmaker Jeremy Tam Man-ho, an aviation expert and former pilot, said: “It is a case of double standards.”

Given that the previous stranded passengers were made to return to their points of origin, he said the case raised questions about why Hong Kong made an exception for this particular passenger.

Unless the passenger had a special reason or there was a matter of absolute urgency, it should not have been done, he added.

While it is common for passengers who were denied entry at their destination based on inadmissibility to be sent back (deported) to their airport of origin this case is a bit strange, especially given the current situation with COVID-19.

The passengers hanging out in the terminal never have presented themselves to immigration and were therefore not formally denied entry. Whether you can call it a loophole that people are allowed to remain indefinitely in the transit area of HKIA is subject to interpretation I guess.

This issue isn’t exclusive to Hong Kong. There were also several Nigerians stuck inside Bangkok Airport and other instances where transit passengers got stuck due to their connection flights being cancelled and they were inadmissible at the transit country. Usually these unfortunate people often don’t have proper diplomatic representation that would help and try working out a deal with local authorities.

Removing someone (especially a senior) from Hong Kong to Mainland China via Europe instead of simply rebooking the person on a direct flight – if allowed by the Chinese authorities – is just silly. Yes, the correct procedure would be to use BA to transport her back but really what’s the point? The comments of the HK lawmaker shows the addiction of politicians to red tape rather than providing practical solutions. It was in everyone’s interest to get rid of these people and as long as it was accomplished in a lawful and dignified way I see no basis to now poke around and complain about the case.

My guess is that considering the relationship between Hong Kong and Beijing a backdoor solution has been found to find reason allowing them to just put her on a direct flight and have BA issue a ticket for that removal/onward journey. Who knows, the lady might just as well end up on the infamous travel blacklist implemented by the Chinese government to punish citizens after they have embarrassed the country by the way of their behavior in travel related situations.