A friend of mine had a chance of taking an Air Canada Jetz-flight between Toronto and Montreal in June, and he filed the following report about his experience.

For the month of June Air Canada was flying their JETZ aircraft between Toronto, Ottawa, and Montreal. While sports teams were on hiatus, they made their special fleet of Air Canada Jetz Airbus A319 aircraft available for the public to fly on. More information is available on the Air Canada website here:

You can access Air Canada’s page for JetZ here.

Air Canada was selling these seats as a premium economy, and there was availability on just about every flight for 10,000 Aeroplan miles one way.

After booking, I was able to select my seat on the Air Canada website and selected seat 12F at the tables. Row 11, with the backward-facing seats, was blocked off for social distancing. 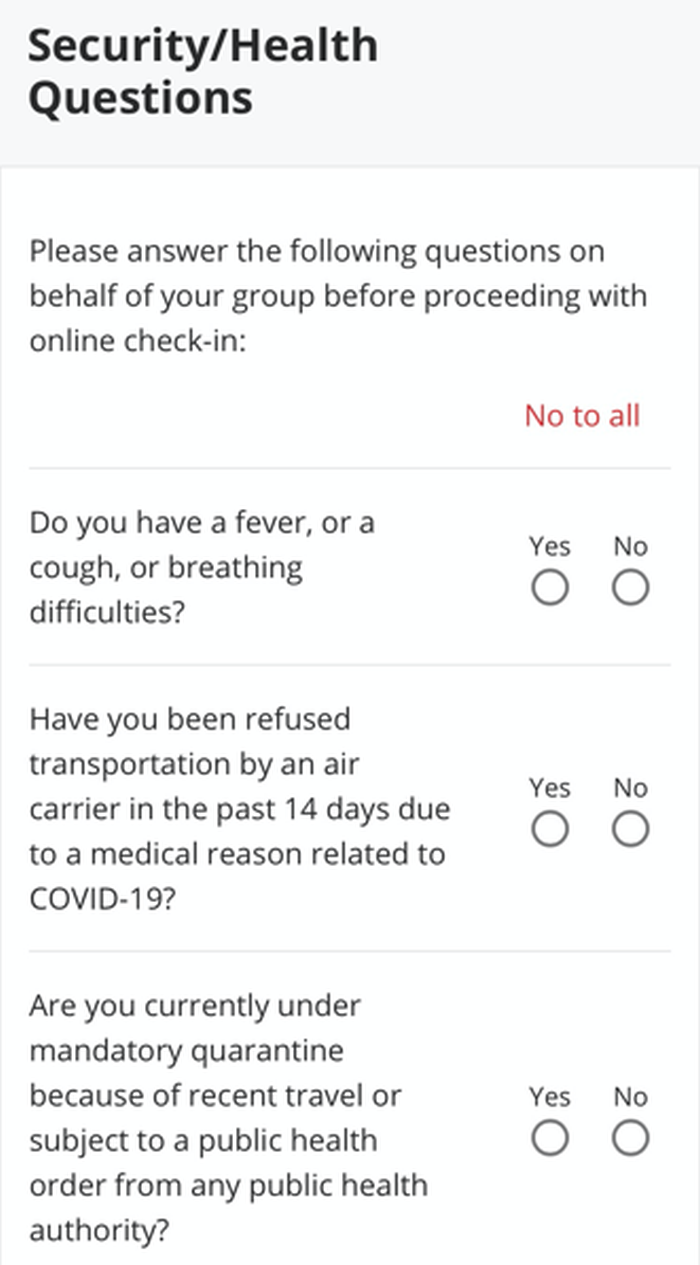 The check-in process was mostly the same except for the additional health questions and details about the touch-free baggage check.

The AirportAirport felt very empty; however, I never really felt uncomfortable at any time. There were hand sanitizers everywhere, and everyone is required to wear a mask while in the Airport. Only passengers with a same-day ticket are allowed into the Terminal.

There was a short line of passengers to get into the check-in area for Domestic flights, even if you checked in online. Once past the check-in counters, I headed towards the F gates. Security moved very quickly without any lines, and overall the process was similar to the past with a focus on social distancing. 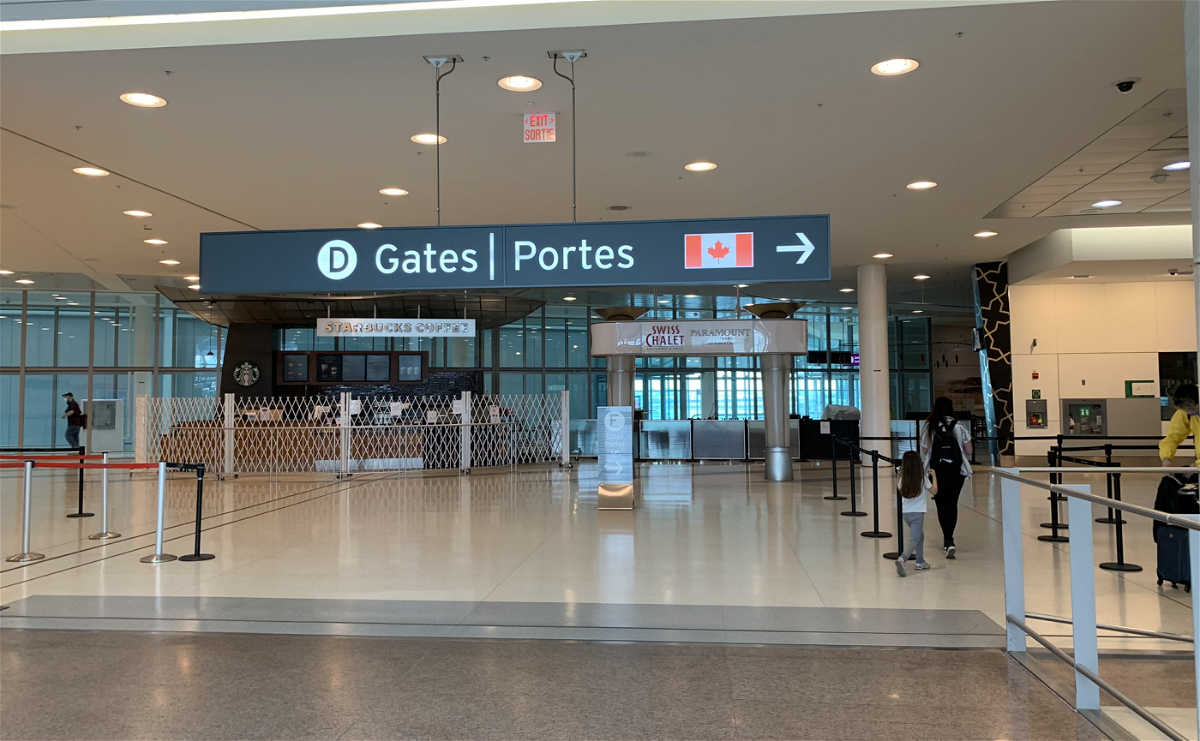 All of the Maple Leaf and Plaza Premium lounges were closed; however, some of the fast-food places were open, including Starbucks, Tim Hortons, and A&W. One of the restaurants with a socially distanced indoor patio type seating was also open and fairly busy. Seats at the gates were marked so that every other seat was off-limits, and the gate areas weren’t that busy. Water fountains were closed off, so the only option available was to buy bottled drinks from a vending machine at $3-4 or from one of the retailers. (In YUL the fountains were operational). 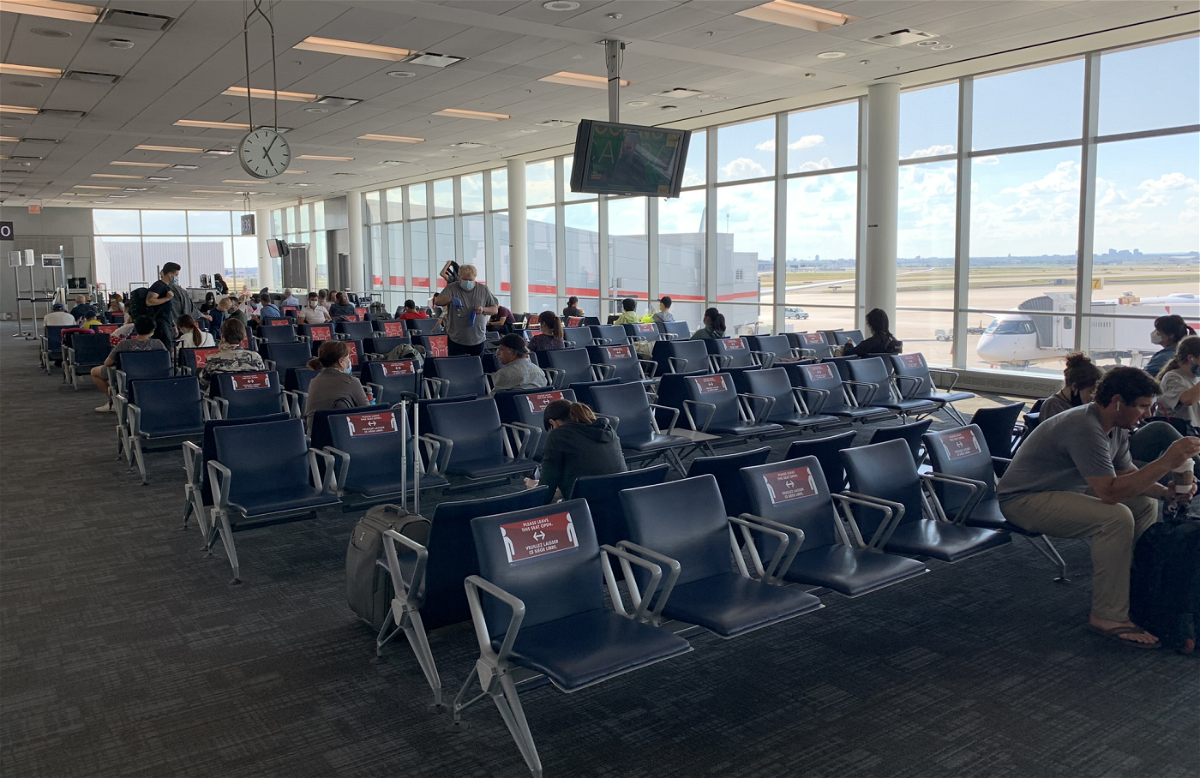 Flight AC 492 YYZ-YUL was boarding from Gate 57, and the flight was only about half full. Boarding was by Zone with Zones 1 & 2 being called together first. There was no line up to board, and everyone seemed fairly patient and in no rush and socially distanced.

The seats and interior were very spacious, and there was no crowding at any time. The seats had more padding and were more comfortable than your typical business class. The interior was a bit dated; however, overall was in very good condition. No seatback In-Flight Entertainment was available; however, there were power plugs at every seat which you could use to power up your own devices. Onboard GoGo Wifi was available in flight. On chartered flights, the tables have been used in the past for serving food and snacks or even poker games. There was no food or beverages offered on this flight—just a small bottle of water and Air Canada’s clean care kit. The kit includes a pair of gloves, two small alcohol wipes, hand sanitizer, and a face mask.

The rest of the flight was relatively normal. One notable change to the safety presentation was around using the oxygen masks with wearing a face mask on the flight, which is mandatory. 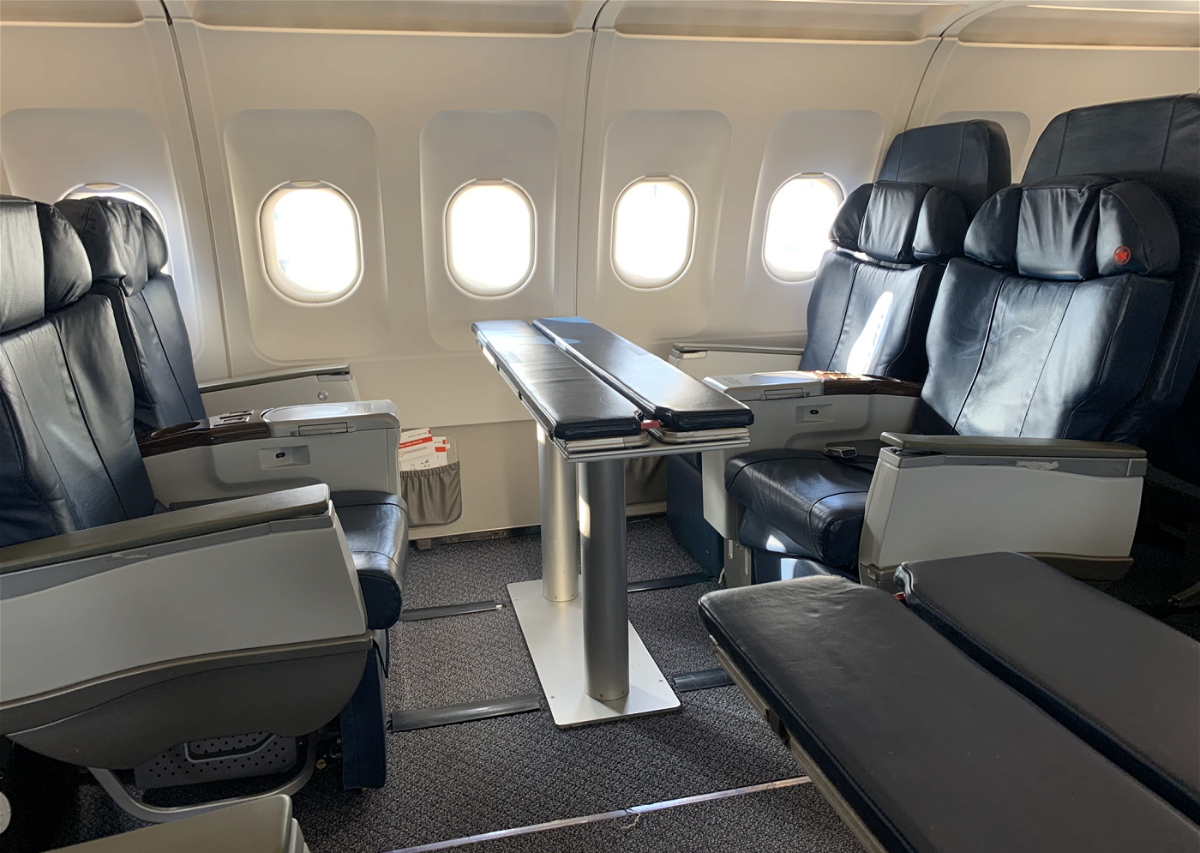 After a smooth landing and taxing to the gate, we passed an Air France 787 and a Qatar A350 aircraft and several other Air Canada and Westjet planes.

Some things never change at the gate; everyone was just about out of their seats before the seat belt sign went off. I waited until everyone was off the plane, which only took a couple of minutes so I could get a couple more photos.

While there was almost no interaction with the staff due to the in-flight service cuts, they were very friendly during boarding and departure and asked if I enjoyed the flight. 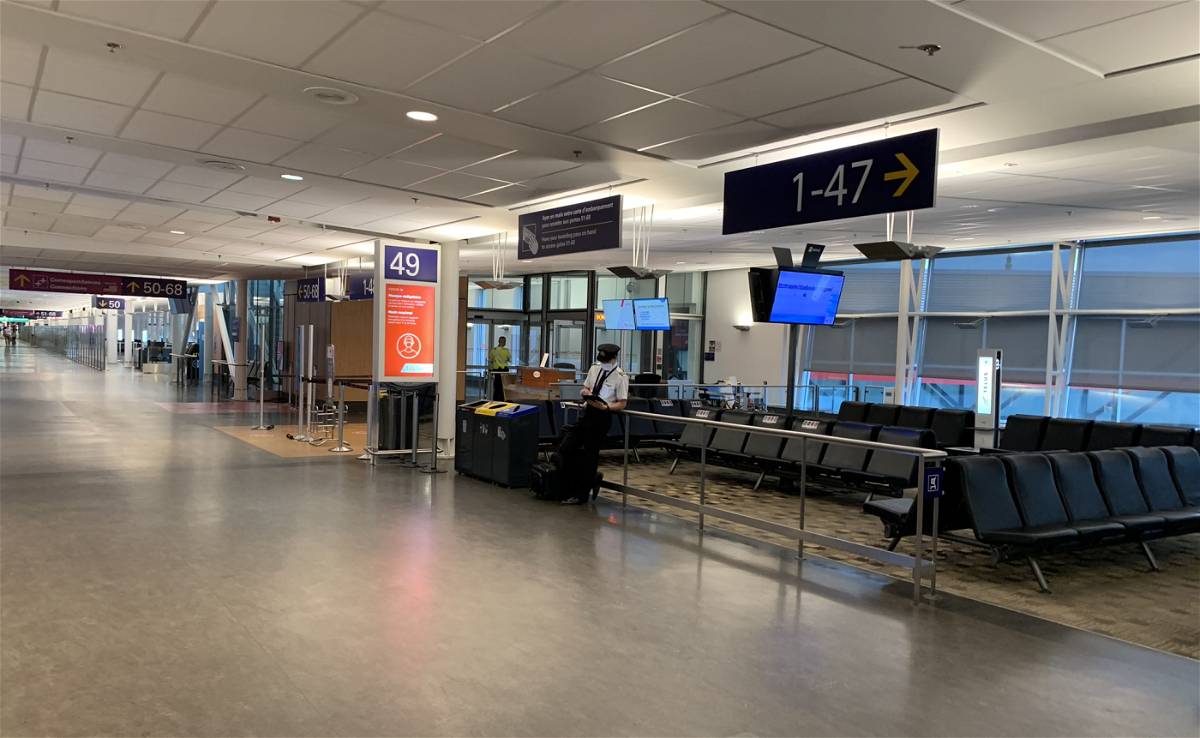 Inside the Montreal airport terminal, it was very empty, and hardly anyone was there even at the baggage claim. While looking to reload my OPUS transit card, I noticed that the 747 bus from the Airport to the city subway station is now free. There were only a couple of people waiting in line for the bus, and after a quick 10-15 minute bus ride, I arrived at the Lionel-Groulx subway station. From there, it was only a 10-minute subway ride into the city center. Note that masks are now mandatory on public transit in Montreal. It appears to have been quite a comfortable short flight between Toronto and Montreal on Air Canada Jetz. I wish that air travel and the airport experience would stay as civil once traffic levels increase and airports get busier again.