United Airlines has announced that it will end the longstanding partnership with Express Jet, a regional carrier who operated 50-seater planes like the Embraer ERJ-145 for United. 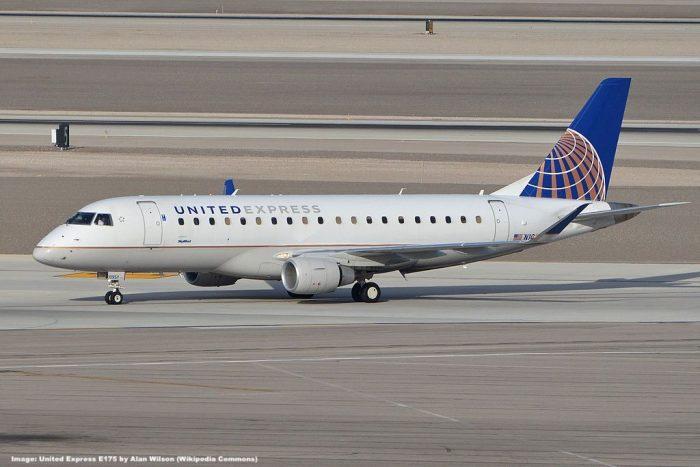 In the future these regional flights will be operated by CommutAir as United seeks to shrink it’s operations overall.

For Express Jet the end of this business relationship with one of America’s biggest legacy carriers could be dire and the airline is in real danger of going bust once their contract ends.

Reuters reported about the decision on Thursday evening.

United Airlines said on Thursday it has decided to drop its contract with ExpressJet, which operates 50-seat planes under the United Express banner, and consolidate all of its routes on that aircraft with rival regional carrier CommutAir.

Reuters was first to report a decision by United between the two carriers on Monday, after reviewing a union letter to ExpressJet pilots warning that the choice could have a “dramatic impact” on the future of ExpressJet.

ExpressJet relies on the U.S. airline major for its business.

The news broke earlier this week when unions were informing their members (employees of both Express Jet and CommutAir) that United will make a decision between either of these two.

United Airlines has told two regional airlines, ExpressJet and CommutAir, that it will drop its contract with one, according to a pilot union letter reviewed by Reuters, in a potentially mortal blow to the losing carrier as the coronavirus pandemic guts demand.

ExpressJet and CommutAir each work exclusively for United and the plan would mean one would lose its major source of revenue.

Chicago-based United has minority stakes in both companies, which operate Embraer SA E145 50-seat planes that bring passengers from smaller markets to destinations that United itself serves on larger jets.

“We’ve been clear for months now that we expect to be a smaller airline in response to the historic impact that the COVID-19 pandemic has had on our business. That means we’ve cut our schedules and our costs across the operation – and we do anticipate it will continue to impact the relationships we have with our regional partners,” United said.

It declined to provide more details.

In a letter to ExpressJet pilots last week, the union chairman warned of developments that could have a “dramatic impact” on the future of the airline following a call with management informing labor leaders that United had said it would only require one E145 carrier moving forward.

“While ExpressJet offers many attributes that make us an attractive long-term partner, cost has reared its ugly head once again and we have been asked by our management team to close the gap between our costs and those at CommutAir,” the letter said.

ExpressJet has a more senior pilot group than CommutAir and a larger fleet of about 95 planes, versus around 37 at CommutAir.

Now that this decision has been made the writing for Express Jet is on the wall. It’s unlikely to survive in the long run without a new solid partner that is a major player in North America.

United works with several regional carriers who operate their United Express flights for them. Once Express Jet is out there will only be five left including SkyWest as pictured above. I’ve always enjoyed my flights with them and hope they will be able to stick around.

I don’t expect there to be a direct impact on passengers for whom it won’t matter much which carrier will operate their Express regional flights. You won’t notice any difference.

I’m not surprised by this move and there will be many more changes coming to U.S. airlines and their employees starting October 1st when the protection period that was attached to the government funds for America’s airline industry will expire. It’s expected that the legacy carriers will begin downsizing very quickly once this date passes which means smaller fleets and less staff. Depending on how the situation progresses in the coming months we might even see filings of Chapter 11 again from one of the big boys. Personally I’d have my eyes on American right now.